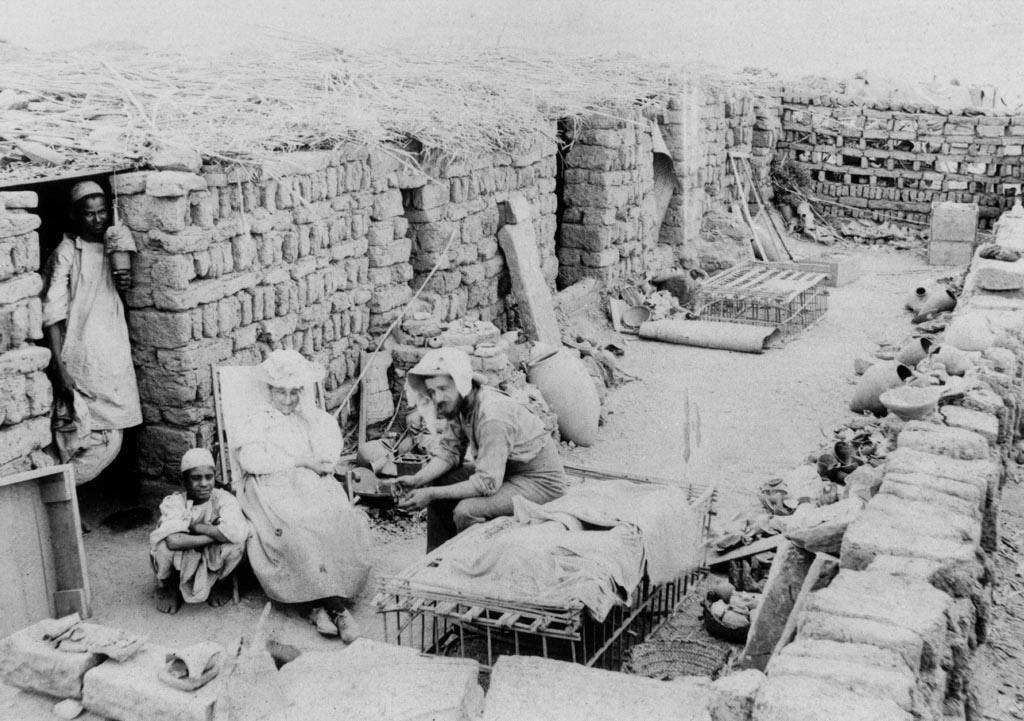 The founding father of British Egyptology

Born in Charlton, Kent, in 3 June 1853), Flinders Petrie, was brought up in a Christian household and was largely homeschooled. Privately tutored in Latin, Ancient Greek and French, and introduced to surveying methods by his engineer father, he had developed an early interest in archaeology which led him to start surveying British prehistoric monuments from his teenage years. In 1880 he traveled in Egypt for the first time in order to produce a study on the Giza Plateau and its monuments (including the Pyramids). In the same years he met his future patron Amelia Edwards, then leading figure of the Egypt Exploration Fund, who offered him a job as excavator and researcher in Egypt, succeeding Egyptologist Edouard Naville. From 1880 up to 1896, and briefly through the early part of the 20th century, Petrie was excavating in various sites across Egypt, cementing his position as the most important figure of British archaeology to-date. Apart from his work in all Egyptian major sites (many of which were uncovered by himself), he undertook excavations in Palestine in 1890 and in the 1920’s.

In 1892 he became the first Edwards Professor of Egyptian Archaeology and Philology at University College London, occupying an academic position made for him by Amelia Edwards and in 1897 he became a honorary Doctor of the Kaiser-Wilhelms-Universität Strassburg. In 1923 he was knighted for his services to British archaeology. He died, aged 89, in 1942.

Petrie remained famous for highly applying scientific methods into archaeological excavation, although many of his methods are now considered outdated. He was a strong advocate of archaeological recording, mapping and pottery seriation. However, he did not escape the need to develop his own antiquity collection (including many of his finds) which he later sold to the University College London. He also remained infamous as a follower of eugenics, a theory that led him to mistakenly believe that Pharaonic Egypt was a product of a now extinct race of Caucasian origins.

Sinner or saint, Petrie was a man of his time. A time of innovative ideas and inventions as well as extreme views, all of which form part of the passionate search for truth. This passion itself gives a good reason to commemorate the man for the years to come.