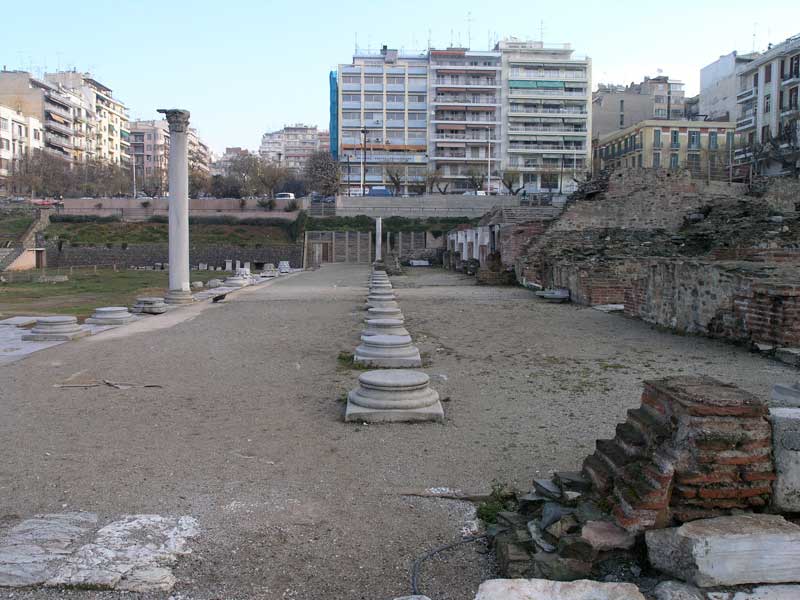 Signs of history, signs of memory

The first seven “signs of memory” have been placed at the respective spots of historical interest in Thessaloniki. Another 145 signs are planned in the framework of an innovative project.

“Following the Young Turks movement in 1908”, the old Olympos Square was renamed Platia Eleftherias (meaning Liberty Square). The square was a broad coastal open area, created in 1870, after the demolition of the coastal wall and the opening of the Sambri (Venizelou) street…

“It was at the junction of Venizelou, Ermou and Spandoni streets that on May 22 1963, a dark page in the country’s contemporary history was written…”, reads the sign “In memory of Grigoris Lambrakis”.

Such “signs of memory” are thought as “pages” of an open book for natives and visitors of the city. The rather big plates (85×230 cm or 70×200 cm) are placed at areas and spots of Thessaloniki that left a mark on the history of the city.

The first seven “pages” of this book have already been placed. Another 145 are left for this ambitious and elegant project to be completed.

Where was Grigoris Lambrakis assassinated? Who was Ernest Hébrard? Is Aristotelous Square (the main city square) an “ancient” monument of Thessaloniki, has it been there since the founding of the city by Cassander or “planned” later? Why was the monument in memory of the Holocaust placed at the Eleftheria Square? Where exactly was the bookstore of the poet Manolis Anagnostakis? At which point of the Pavlos Melas street was the ouzeri of Vassilis Tsitsanis? Where was King George murdered? When and where was the Turk poet Nazim Hikmet born? What was the “Beş çınar” (Garden of Princes)?

These are some of the questions that the signs of memory will answer. Mayor of Thessaloniki, Giannis Boutaris said that the signs help to popularize and make the historiography of the city accessible.

The collection of the material was carried out by the Thessaloniki History Center in collaboration with historians and researchers.