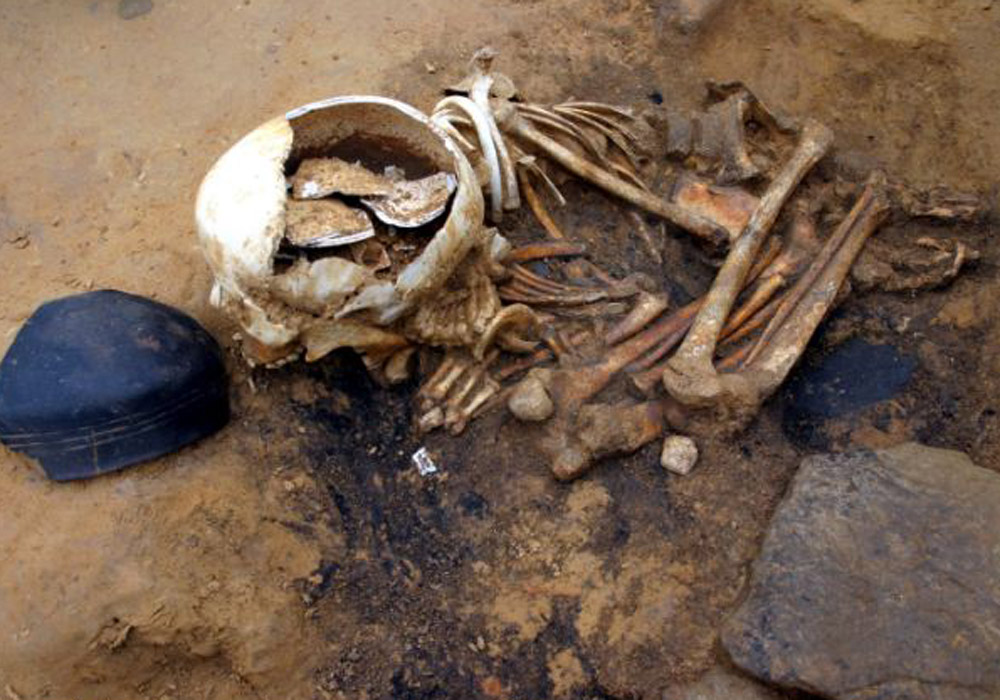 3,000-old-cemetery for immigrants discovered in Kent

From Scandinavia and the Mediterranean.

The final resting place for people belonging in multiple ethnic groups who lived 3,000 years ago in Britain was discovered in Kent.

This was the main preliminary result of an anthropological  research programme performed using material from the Wessex Archaeology excavation at Cliffs End Farm, near Pegwell Bay in Kent.

According to The Times, a total of 25 people, aged between 6 and 55 at the time of their death, were found in pits, during a dig by Wessex Archaeology’s researcher Pippa Bradley. The burials at this site range from the early Bronze Age to the middle Iron Age -a period of 900 years- and include cases with people buried with animals in carefully posed positions. One woman, in her 50s, is thought to have been a ‘willing sacrifice’, killed by sword blows to her head. It was also important that the site at Cliffs End Farm was unusual as the majority of Bronze Age burials were cremations.

The astonishing discovery of the deceased’s provenance took place by analysing oxygen and strontium isotopes in tooth enamel. As the isotopes, derived from drinking water, can be used to identify where the individual was living at the time their tooth enamel formed, the researchers found that nine people spent their lives in the local area, while eight were believed to have been born in what is now southern Norway or Sweden. Another five came from the western Mediterranean, possibly Spain or even North Africa.

“With seven of 13 late Bronze Age individuals analysed, two of five early Iron Age and five of seven middle Iron Age, all showing evidence for immigration, this could be characterised as a mortuary site dominated by migrants”, states Pippa Bradley.

What now remains to be defined is the set of conditions that led people from all over Europe to come to Kent and end their lives there.