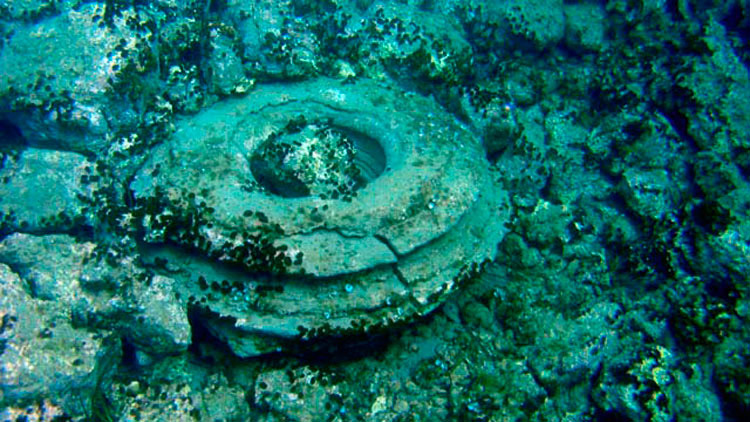 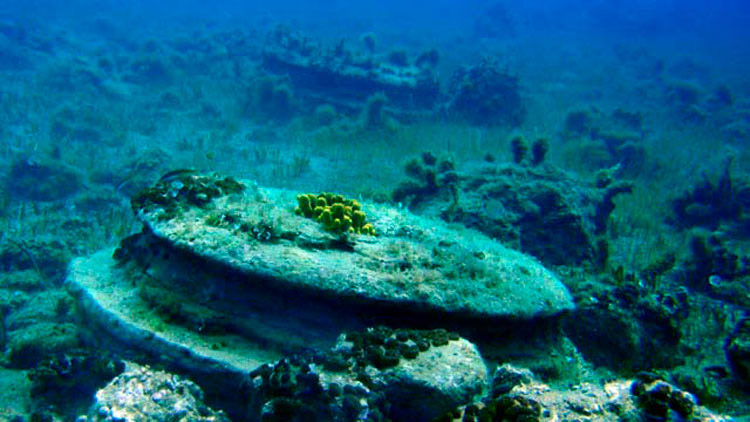 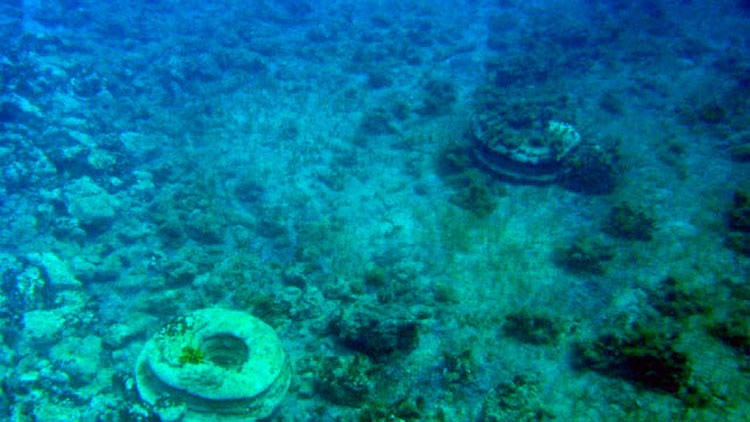 An extremely important new underwater archaeological site, with extensive sunken architectural remains, was discovered by an Ephorate of Underwater Antiquities team in a depth of 2.00 to 6.00 m. off the shore of Zakynthos (Zante) near the area of Alikanas. The team had been surveying the area since the 13th of May 2013, after an invitation by the Municipality of Zakynthos and an indication of Mr. P. Voutos.

The large site that covers around 30,000 sq. m, contains visible traces of paved floor, colonnade bases, while ancient building material is spread all over it. At least 20 circular column bases of a 34cm.-intersection, each bearing a large central hole, probably in order to support wooden columns, were counted.

Preliminary observations lead to the result that the remains belong to a large ancient public building, probably related to the ancient city’s port. Due to the absence of pottery from the surface, it is still difficult to date the find. Still, the building’s size reflects the existence of a significant ancient settlement in the Alikanas area.

The Ephorate of Underwater Antiquities in collaboration with the Municipality of Zakynthos will proceed in more extensive research and mapping of the site as soon as possible, in order to provide new evidence for the history and topography of ancient Zakynthos.