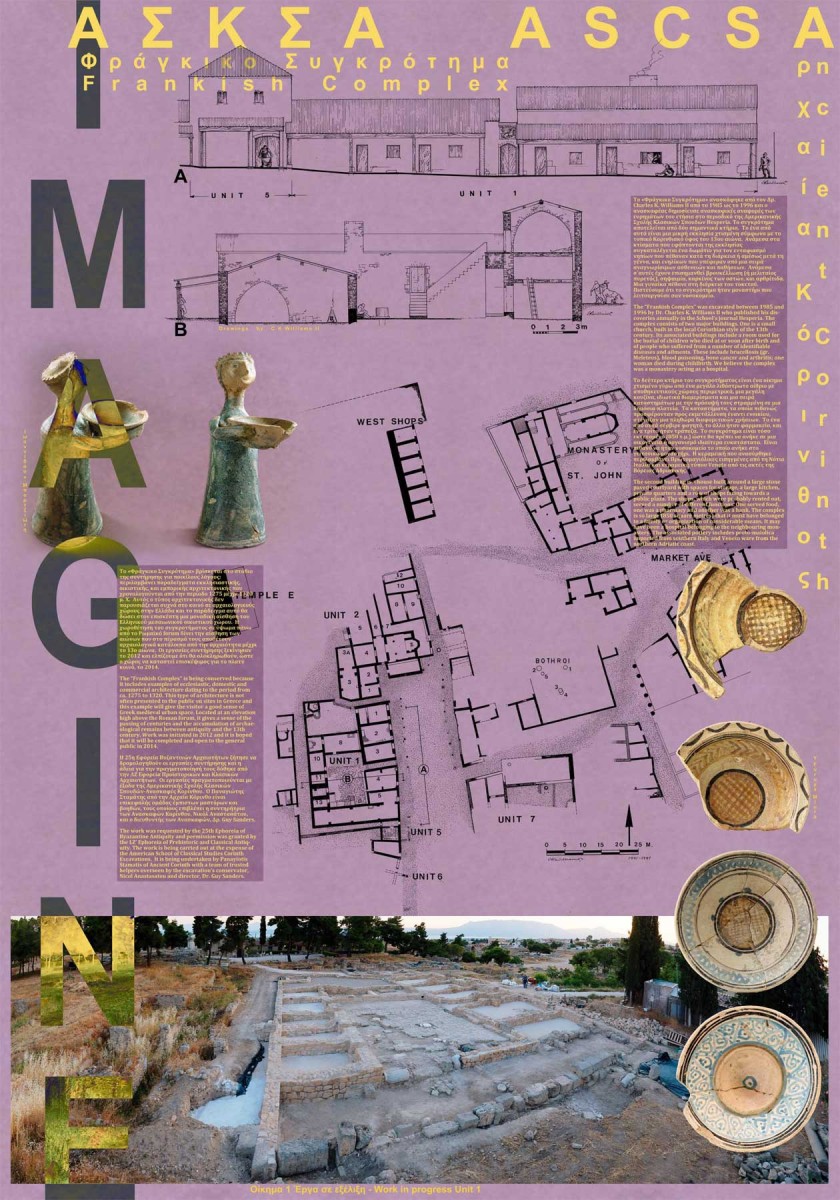 In the municipal market of the city of New Corinth

Director of Excavations Guy Sanders and local 37th Ephorate of Prehistoric and Classical Antiquities archaeologist Sokrates Koursoumis spoke to an interested audience gathered for the Imagine the City: Corinth 2013 Exhibit. Organized by the volunteer group Diolki the event ran from June 13-23 in the municipal market of the city of New Corinth. More than 50 studies of students, public organizations and individuals contributed ideas for the city and public space via posters, lectures, music, dance, and painting.

Guy Sanders presented the history of the School in Ancient Corinth, its reasearch, and its recent accomplishments in heritage management. Likewise, Sokrates Koursoumis discussed recent work by 37th EPCA. Also contributing posters on ASCSA funded conservation studies were Clari Palyvou’s group on Pierene, and Konstantina Siountri’s team on the collonade of the South Stoa.

Ioanna Damanaki, Administrative Assistant to the Director, was essential in coordinating the efforts of the School and its participation in the exhibition.