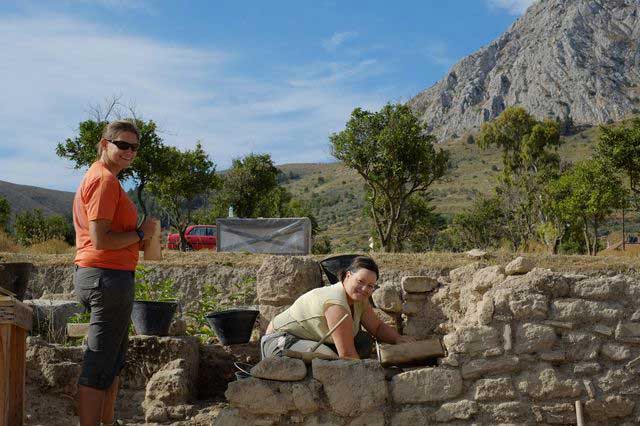 Excavations in Ancient Corinth by the American School of Classical Studies at Athens officially came to a close Friday June 14. Aim of the 2013 season was to clarify the Late Roman levels beneath Byzantine and Frankish structures in the area south of the South Stoa.

Rossana Valente was the field director with the initial help of Heather Graybehl in the first session. Kate Larson assisted in the museum identifying coins and glass. Audrey Blumstein is volunteering in the museum, organizing pottery deposits from the Potters’ Quarter, identifying and cataloging excavation coins, and transcribing Swift’s notebook. Larkin Kennedy is continuing her work with the human bone collection while cataloguing Asklepieion votives and connecting them context descriptions. Larkin is also transcribing De Waele’s excavation notebooks from the Asklepieion.