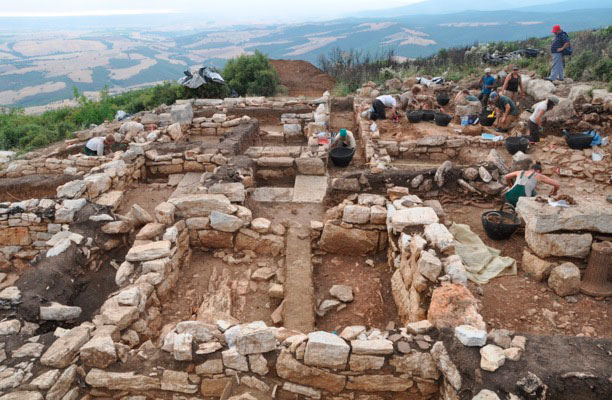 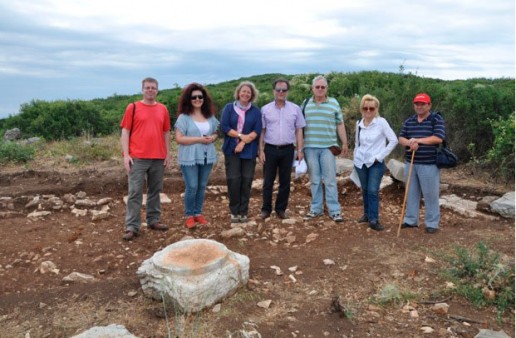 The Kastro of Kallithea

The archaeological exhibition “Visualizing an Ancient City –The Kastro of Kallithea” was first shown in September 2010 at the University of Alberta (Canada), under the scientific coordination of Margriet J. Haagsma and her team.

In 2012, after working in close collaboration with the municipality of Farsala, Dr Margriet J. Haagsma and the University of Alberta gave the material to the municipality for a permanent exhibition.

This exhibition which presents the most important results of the archaeological survey conducted at the Kastro of Kallithea, opens in the Cultural Centre of the city of Farsala today, June 26, 2013. Aris Karachalios, the mayor of Farsala, is supervising the exhibition, and archaeologist Vaso Noula-Karpeti is the curator. Ultimate goal is to incorporate the exhibits into the Archaeological Collection of Farsala, a project which is still in progress.

The Archaeological Project at the Kastro of Kallithea is a joint venture of the University of Alberta and the 15th Ephorate of Prehistoric and Classical Antiquities at Larissa in Greece which takes a regional perspective in order to study this period of major social and economic change.

The focus of study is a heavily fortified Hellenistic city in the area of Achaia Phthiotis in Thessaly, and its environmental and political setting. The team studies the city’s plan, its private and public architecture, its economic context and its occupation history. The project’s wider aim is to research social and economic change in the region by exploring the interactions between household, city, surrounding landscape and other cities in the area over time.

The University of Alberta, represented by Margriet J. Haagsma and the 15th Ephorate of Prehistoric and Classical Antiquities in Larissa, Greece, represented by Sophia Karapanou started this research project in 2004. Every year a team of Greek and Canadian archaeologists join forces and carry out archaeological fieldwork at the site.

The exhibition at the Cultural Centre of Farsala presents some of the most important fieldwork results thus far with visualizations of the city in the form of maps, 3D models and photographs.

The ancient city is located on the summit of a 618m high hill with two plateaus, near the modern village of Kallithea. Its surface area as demarcated by the city walls is 34 hectares. The eastern plateau is occupied by an acropolis which dates to the Late Classical period (4th century BC). The acropolis was built earlier than the biggest part of the fortifications. The city plan also was developed later, probably in the early 3rd century BC.

The site is known by its modern name: Kastro. However its ancient name remains unknown. Written records regarding this region are rather silent, with the exception of two inscriptions found at Delphi which record a territorial dispute between four cities in this area. There is a strong possibility that the site excavated is Peuma, one of the cities mentioned in these inscriptions. Peuma is also known to have minted coins. Only one of the ca. 40 coins which came to light during the excavations is from Peuma.

No inscriptions have been found at the site confirming this identification.

The city is very well preserved and its remains must have been visible to visitors throughout the centuries. In the early 20th century, the German archaeologist Friedrich Stählin briefly investigated the site and produced a first map of the city.

During the first years of the project, the Canadian-Greek team made a new and far more detailed 3D plan of the city based on measurements taken of every wall section visible at the surface of the site. In addition, surface material was collected and studied and individual buildings were measured and drawn.