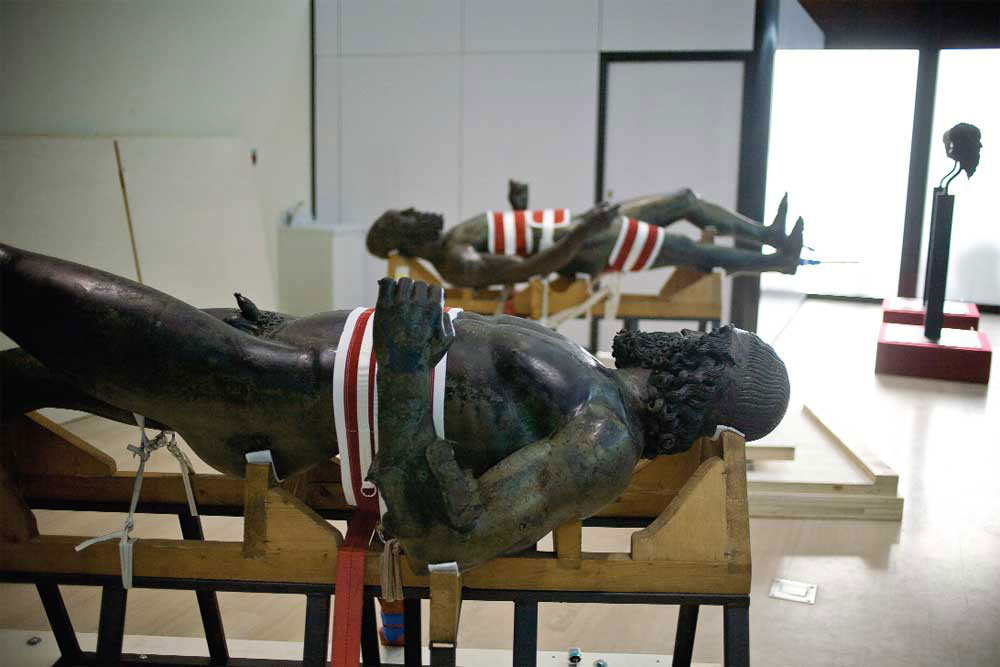 Riace Bronzes Await to Be Housed in Magna Graecia

Restoration works to last for an unknown period of time

The two most famous ancient Greek statues of Southern Italy – the Riace bronzes or “Bronzi di Riace”- are absent from the museum in which they should be hosted for three years now, due to extension and renovation works. According to the July 9 publication of the Italian newspaper Corriere della Sera, it remains unknown when the museum’s refurbishment will be completed.

The two statues were found by an Italian diver at the bottom of the Ionian Sea on the 16th of August 1972 and are considered masterpieces of the 5th century BC craftsmanship. At first, scientists considered possible that the statues were the work of Phidias. The Italian archaeologist Paolo Moreno, who studied the two sculptures for years, believes that the first represents the hero Tydeus and the second Amfiaraus, two of the warriors of the tragedy, Seven Against Thebes, by Aeschylus.

“The museum which hosts the warriors closed 1.291 days ago for renovation works and no one knows when it is going to reopen,” Corriere della Sera reported. The works for the extension of the museum have exceeded the initial cost of 10 million euros by 20 million, and now the amount has exceeded 30 million. A part of the cost is covered by European funds.

The “Bronzi di Riace” might be able to return to the National Museum of Magna Græcia in the spring of 2014. Until then, they will remain in a hall of the regional council of Calabria. However, since this temporary “movement” has not been sufficiently publicized, tourists do not know where they can find and admire these fifth century B.C. masterpieces.

According to a report by Corriere della Sera reported,  citizens in Calabria have formed a committee requesting the return of the statues to the Museum of Magna Græcia. In addition, there is hope of organizing an effective advertising campaign. In 2009, some 36,136 foreign and Italian tourists alone visited the museum installation to see the two bronze statues.