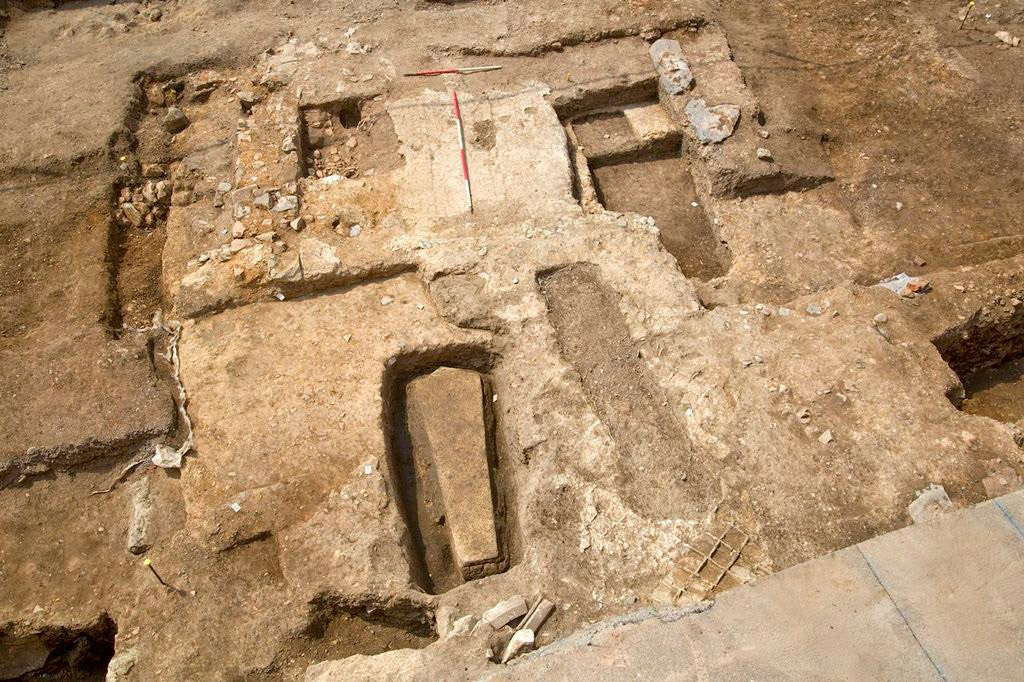 Greyfriars Burial is a Russian Doll-Style One

And inside coffin is... another, lead coffin

Archaeologists have lifted the lid off a 14th century stone coffin buried next to the site where the bones of Richard III were revealed, only to find another coffin, made of lead, hidden inside.

The University of Leicester team excavating the Greyfriars dig site discovered the tomb last August and they reburied the 600-year-old stone casket while they concentrated on excavating and identifying the remains of Richard III.

Now, eight people were needed to lift the heavy lid of the stone coffin, hoping to bring the body of a noteworthy Middle Age person to light again. Instead, they discovered the stone sarcophagus contained a lead one, decorated with a crucifix.

Site director Mat Morris, who was also in charge of the first Greyfriars dig last August, said: “For me, this is more exciting than Richard III. I think that’s because there wasn’t that expectation to find Richard – we never thought we would actually uncover him.Here, we have an element of mystery, we don’t really know who’s inside.”

According to researchers,the remains lie within a single sheet of 5mm-thick lead which has been folded around the body and then welded shut. Since it is impossible to scan the find in order to identify its content, due to the lead casing, they will have to transport it to the university for cutting it open and analysing it.

What is now plausible is that the stone part of the coffin may have been opened in the past as there is damage to some of the lead. The feet were exposed due to some of the metal decaying over time.

The imprint of a crucifix on the top half of the lead section might also indicate that there was a religious item placed in the coffin, but removed sometime later.

Mat said: “We can’t really be sure about what’s happened to the grave over the past 600 years, but the lid of the coffin doesn’t match the rest of it and there’s some damage to the mortar so it looks like it might have been opened.”