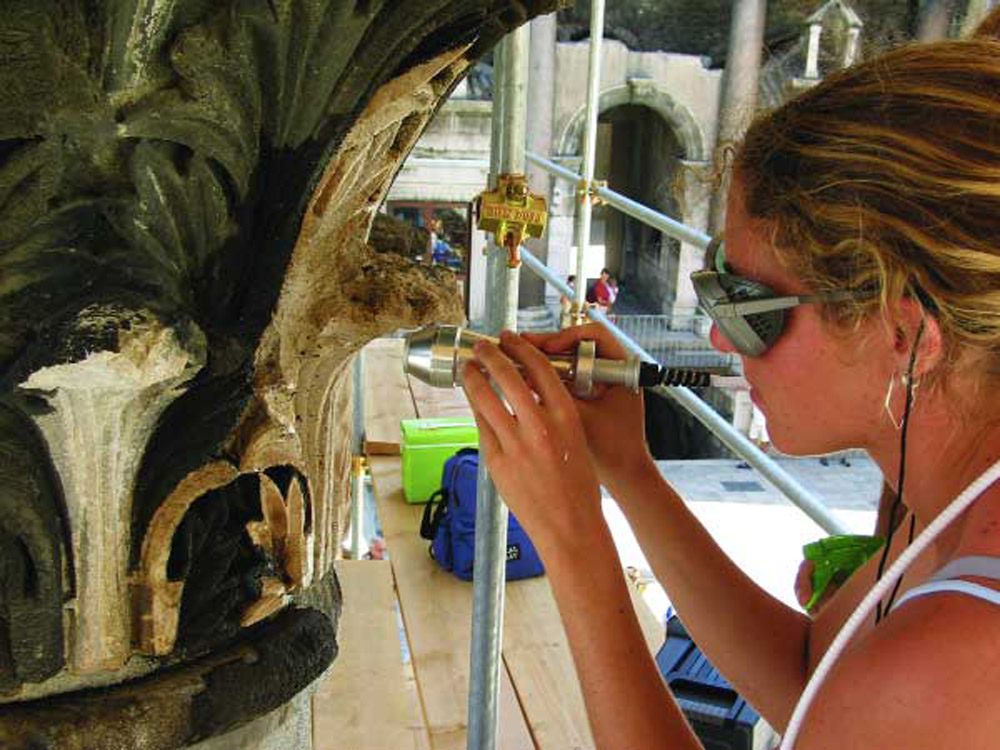 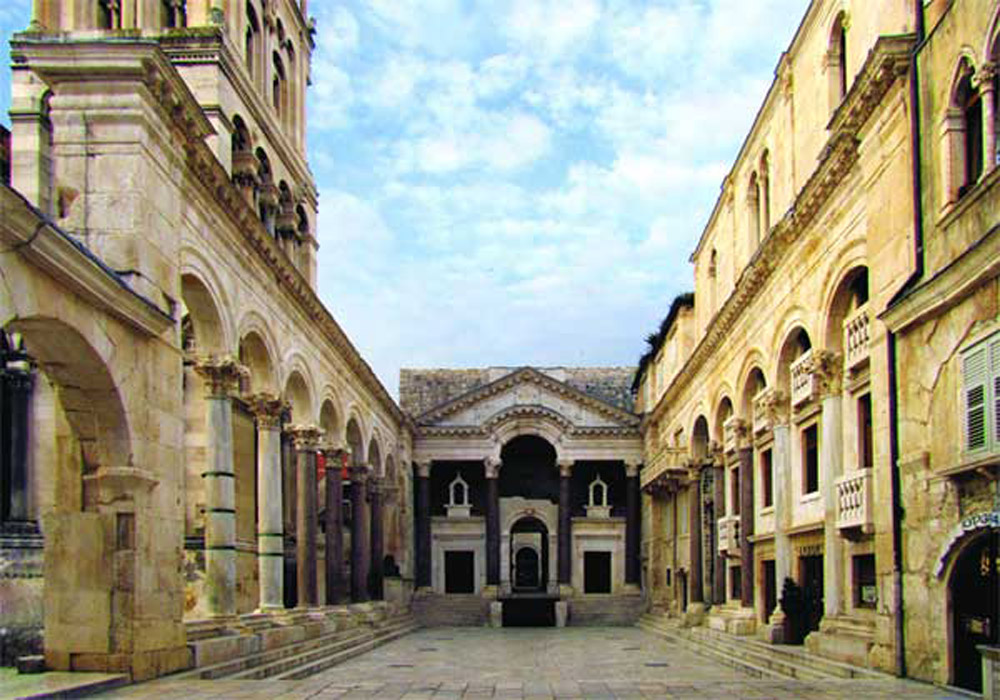 Conservators in Croatia have completed a ten-year project to remove more than 1,700 years of grime from the courtyard of the palace of the Roman Emperor Diocletian (AD244-311), in the coastal city of Split.

Lasers were used as the primary method to clean the peristyle of the  4th century imperial residence—an innovative technique that is normally reserved for cleaning individual sculptures or details of larger architectural elements, as opposed to whole structures. According to the architect Goran Niksic, who works for the city, this is the first time lasers have been used on this scale in Croatia to clean stone.

The peristyle of the Late Antique palace, which boasts a mix of Western and Oriental architectural styles, was covered in soot, but also in cement dust from a nearby plant that was active in the late 19th and the first half of the 20th centuries. In some parts, the build-up of grime was up to a centimetre thick. “You couldn’t read the architecture or the decoration because of the large patches of soot,” Niksic says. “It was thick and very difficult to remove, so we opted to use lasers to clean the stone. Normally, lasers are just used for small details; I don’t know anywhere else in Europe where this has been done,” he added, stressing that “the enemy was the dirt deposit”. Laser treatment was “is the only technique that will not touch the (stones’) original patina”.

The full extent of the damage to the stone was only revealed after the layer of black crust was removed; salt crystallisation meant that the stone had begun to decay. A team of chemists, restorers, engineers, architects and archaeologists was brought in to come up with the best method to stabilise the stone. Experts from Florence’s Opificio delle Pietre Dure conservation centre also consulted on the project.

The project, which was led by the Croatian Conservation Institute and cost between €4.5m and €5m, was funded by the World Monuments Fund, the City of Split and the Croatian ministry of culture. A maintenance plan is also part of the restoration-conservation project. “In this part of the world, you complete a big project and then forget about it. But regular maintenance is the key to good conservation,” Niksic says.