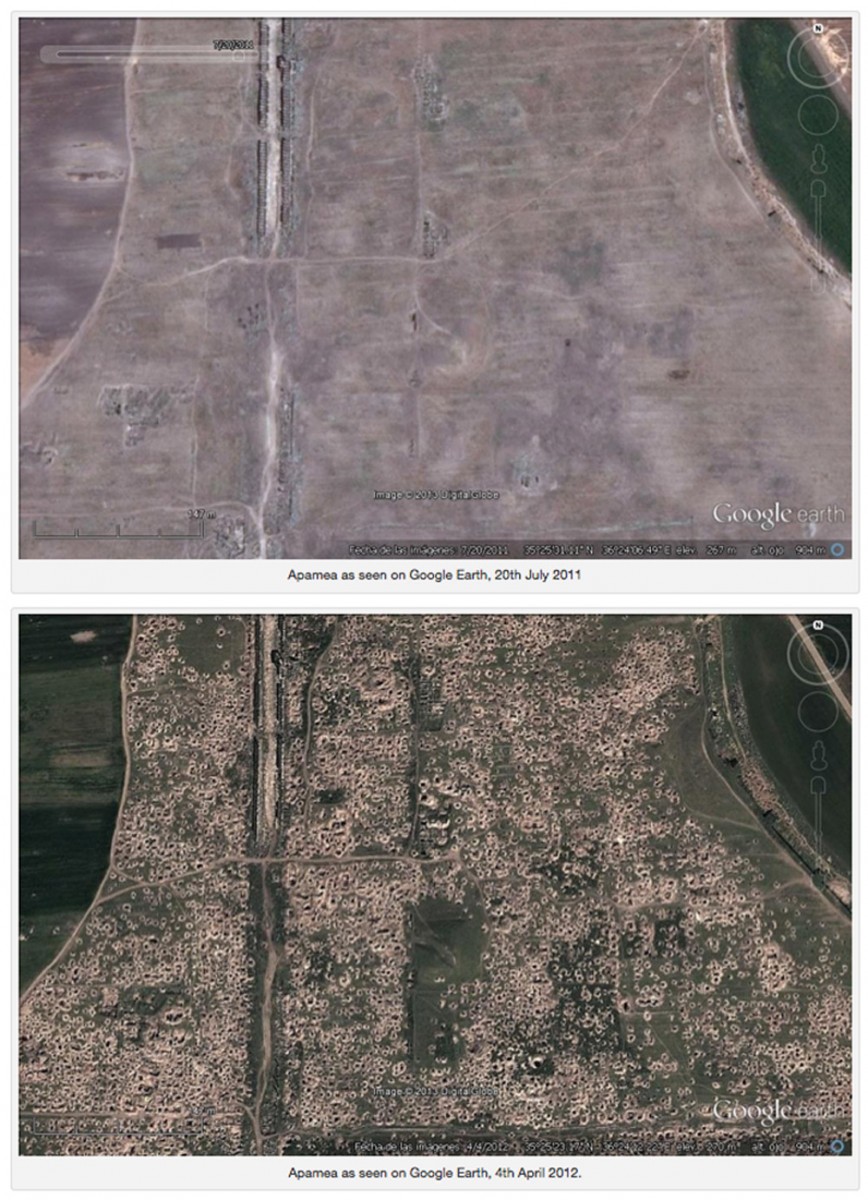 When an archaeological site's damages are visible through Google Earth

When the uprising against Syria’s President Bashar al-Assad began two years ago, satellite images showed the ruins of the ancient Hellenic city of Apamea surrounded by green farmland. A year later, photos reveal a moonscape blighted by hundreds upon hundreds of holes.

As reported by Bloomberg, “Looters in bulldozers armed with automatic weapons are exploiting the mayhem of Syria’s civil war to seize sites including Apamea, founded in 300 B.C. by one of Alexander the Great’s generals, where colonnaded streets stretch for almost 2 kilometers (1.2 miles) along a hilltop”. To highlight Apamea’s state, Dr. Ignacio Arce, Director of the Spanish Archaeological Mission to Jordan, pulled the images above off Google Earth to demonstrate the recently intense looting activity there.