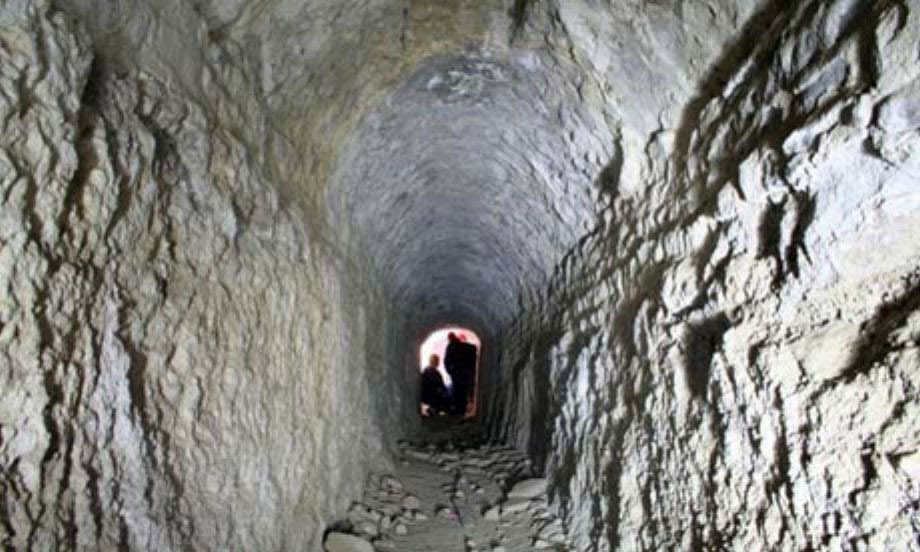 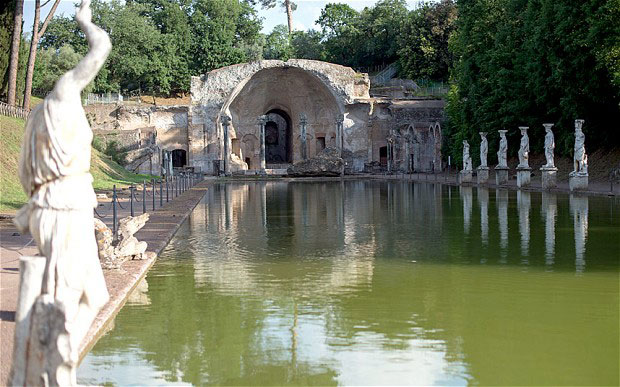 A hidden tunnel was found by Italian archaeologists beneath Hadrian’s Villa near Rome, part of a network of galleries and passageways that would have been used by slaves to discreetly service the sprawling imperial palace. It was discovered after archaeologists working at the site stumbled upon a small hole in the ground, hidden by bushes and brambles, which led to the main gallery.

The tunnel was large enough to have taken carts and wagons, which would have ferried food, fire wood and other goods from one part of the sprawling palace to another.

The villa, built by Hadrian at Tibur (modern-day Tivoli), about 20 miles east of Rome, in the 2nd century AD, was the largest ever constructed in the Roman period.

Although known as a villa, it was in fact a vast country estate, around 250 acres and consisted of more than 30 major buildings, palaces, libraries, heated baths, theatres, courtyards and landscaped gardens. There were outdoor ornamental pools adorned with green marble crocodiles, as well as a perfectly round, artificial island in the middle of a pond.

Beneath the complex were more than two miles of tunnels which would have enabled slaves to move from the basement of one building to another without being seen by the emperor, his family and imperial dignitaries.

The newly-discovered underground passageway, dubbed by archaeologists the Great Underground Road (Strada Carrabile), is far larger than the rest of the tunnels, which have been known about for decades. Around 10ft wide, it runs in a north-easterly direction and then switches towards the south.

“All the majesty of the villa is reflected underground,” Vittoria Fresi, the archaeologist leading the research project, told Il Messagero newspaper.