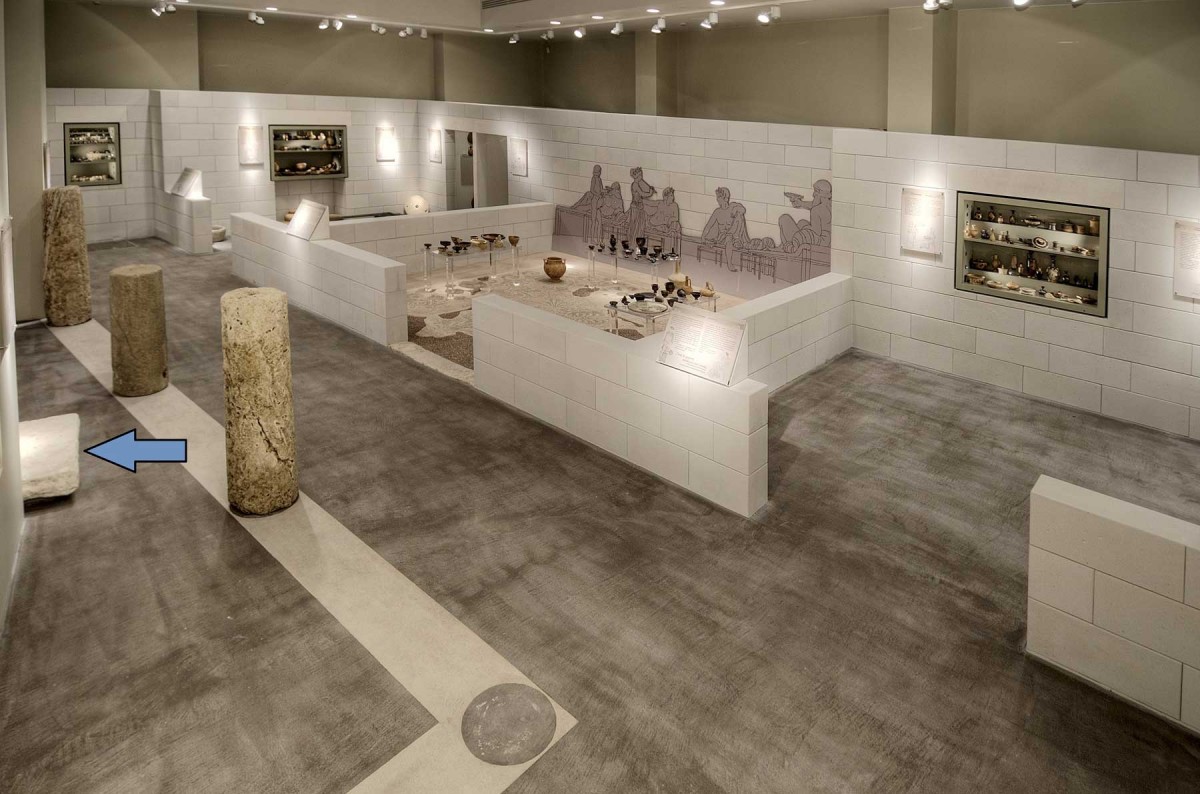 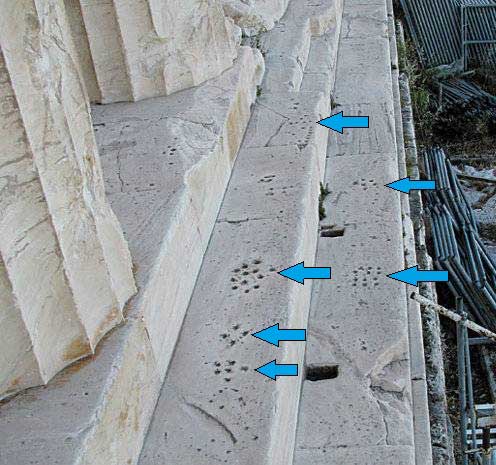 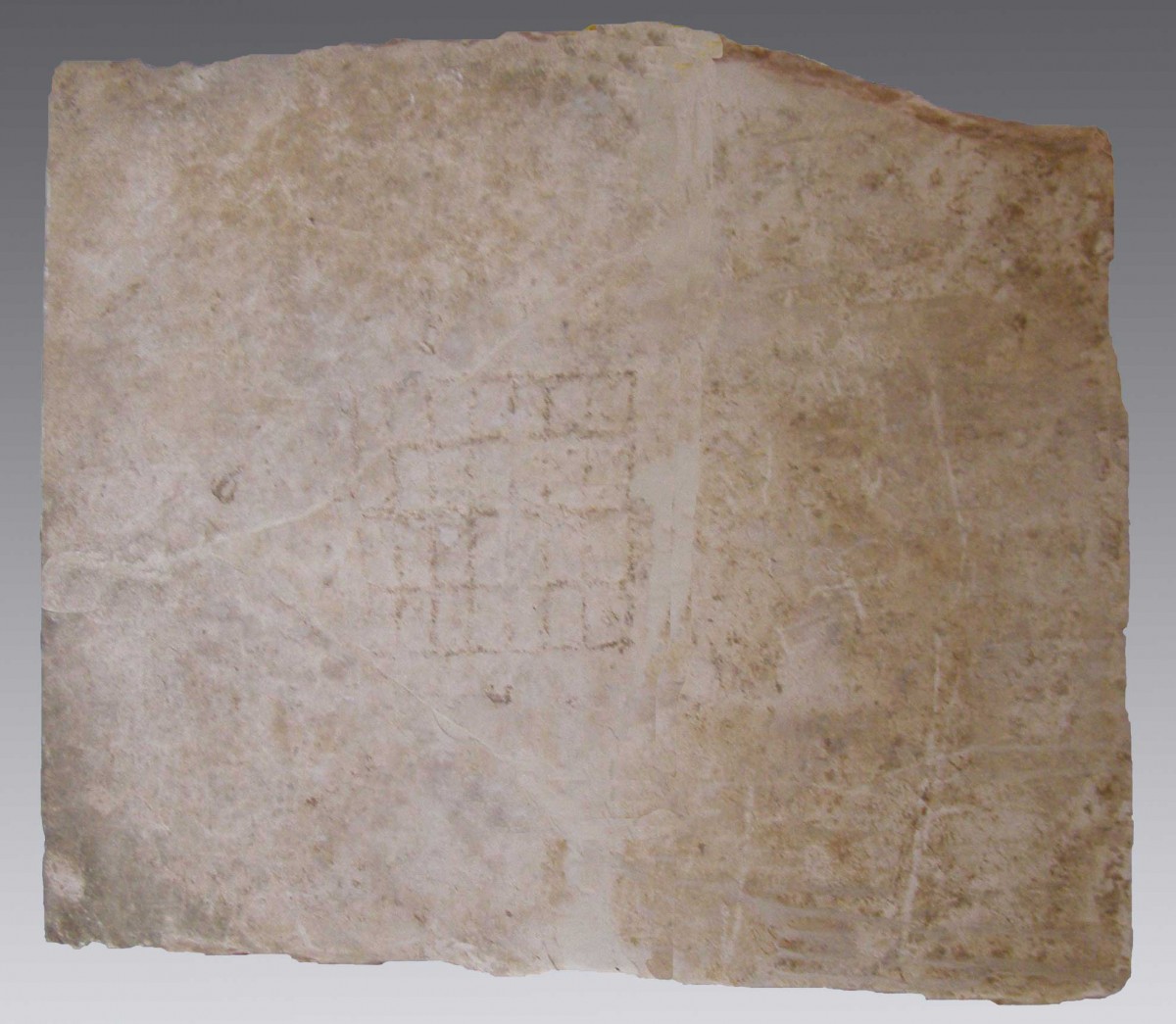 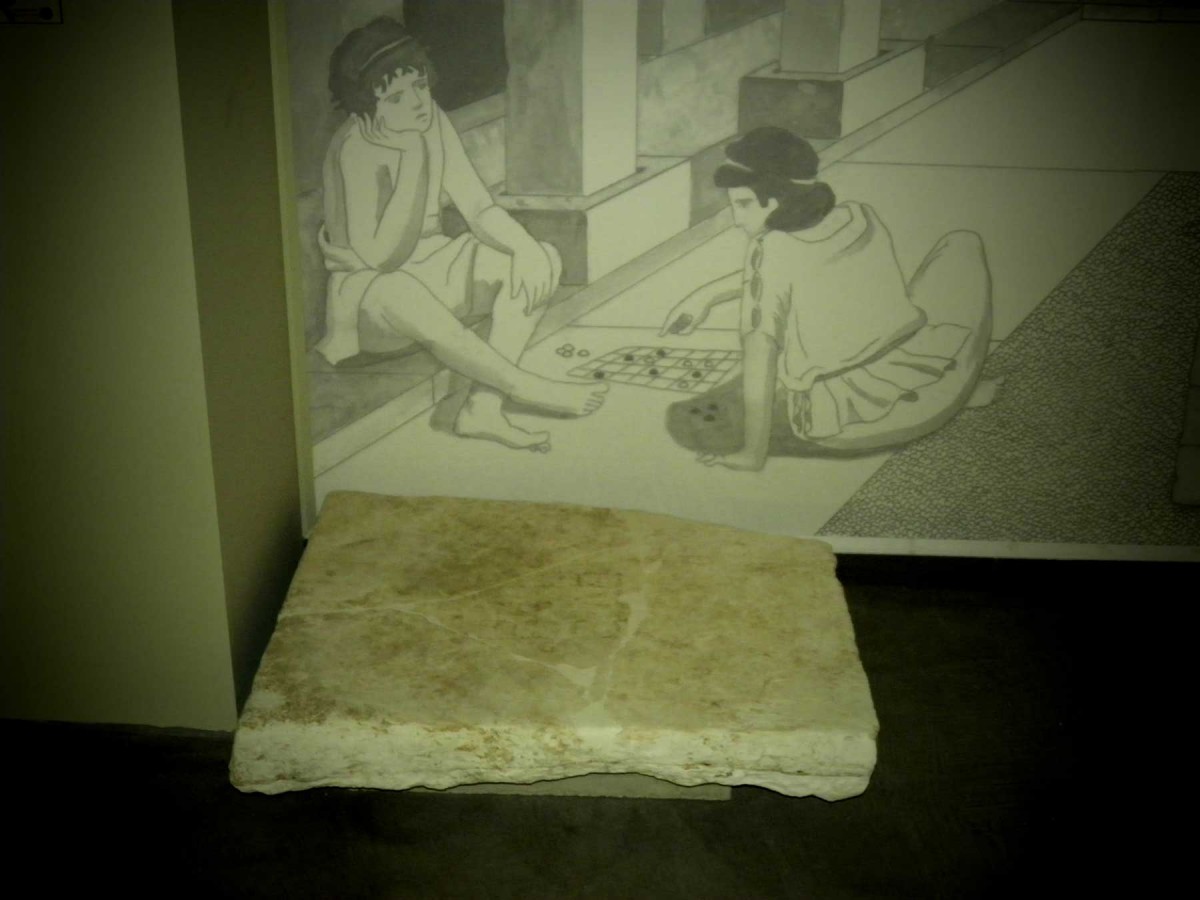 The 33rd Ephorate of Prehistoric and Classical Antiquities of Preveza and Arta and the Archaeological Museum of Arta present the exhibit of the month: Limestone slab with engraved game.

The game is engraved on a limestone slab which was part of a cobbled yard in a house of Amvrakia. It was found in 1999 during excavations in the city of Arta and it is dated to the Hellenistic period (3rd-2nd century BC).

An abacus with 28 quarters for games with pions has been graved on the surface of the slab.

In ancient times the game was an integral part of the everyday life both for children and adults. Often the game was closely connected with religion. For this reason games like this are found in many sanctuaries. Such games have been found engraved on the steps of the Parthenon. Similar carvings have been found in the Erechteion and the Propylea on the Athenian Acropolis, as well as the Temple of Hephaestus at Thision and Propylon of the Sanctuary of Eleusis.

The limestone with the game is exhibited in the room C of the Archaeological Museum of Arta.