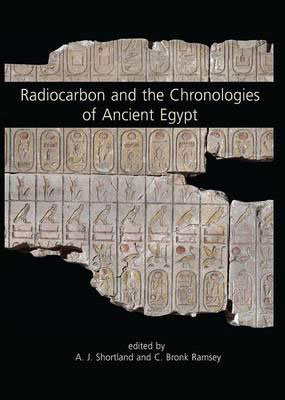 Documenting the rulers of Egypt's Old, Middle and New Kingdoms

This volume presents the findings of a major international project on the application of radiocarbon dating to the Egyptian historical chronology. Researchers from the Universities of Oxford and Cranfield in the UK, along with a team from France, Austria and Israel, radiocarbon dated more than 200 Egyptian objects made from plant material from museum collections from all over the world. The results comprise an accurate scientifically based chronology of the kings of ancient Egypt obtained by the radiocarbon analysis of short-lived plant remains.

The research sheds light on one of the most important periods of Egyptian history documenting the various rulers of Egypt’s Old, Middle and New Kingdoms. Despite Egypt’s historical significance, in the past the dating of events has been a contentious undertaking with Egyptologists relying on various chronologies made up from archaeological and historical records. The radiocarbon dates nail down a chronology that is broadly in line with previous estimates. However, they do rule out some chronologies that have been put forward particularly in the Old Kingdom, which is shown to be older than some scholars thought.

The research has implications for the whole region because the Egyptian chronology anchors the timing of historical events in neighbouring areas tied to the reign of particular Egyptian kings. The results will allow for more historical comparisons to be made in countries like Libya and Sudan, which have conducted radiocarbon dating techniques on places of archaeological interest in the past.