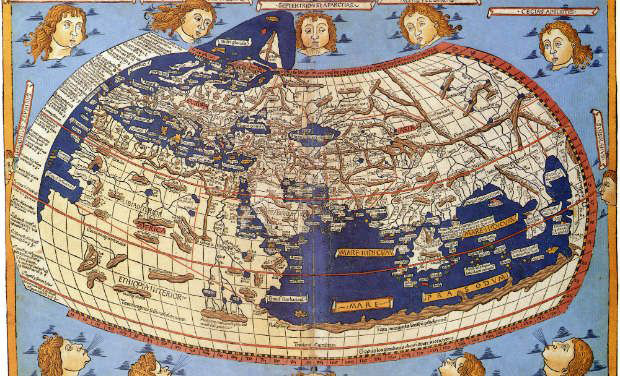 A coa­s­tal survey is being carried out in Tamil Nadu, India, by a te­am of professors and students, seeking to throw mo­re light on the ancient po­rts in south India, mentio­ned in Greco-Roman geographer Ptolemy’s accounts.

The survey is performed by experts, specialising in underwater archaeology of Tamil University, in two coastal str­etches- one between Kan­ya­kumari and Rameswa­ram and another between Rameswaram and Poompu­har in Nagapattinam district intends to gather more information from ruins of coastal towns, which are believed to have existed during the Sangam literature era.

Facilitated by the Central Institute of Classical Tamil, the survey is headed by N. Athiyaman of the Centre for Underwater Archaeolo­gy in Tamil University.

“The survey intends to study the ancient coastal towns, which have functioned as ports. Our preliminary survey is to locate the area, over which we can focus for further res­earch. We are now looking at ports,” Athiyaman said.

Ancient Tamil literature, including ‘Akananuru’ of the Sangam era, referred to the period between 600 BCE and 300 CE, suggest that some 20 to 25 ports had existed in the region. “Greco-Roman writer Ptolemy’s geographical ac­c­ounts mention some 15 po­rts.

“We want to find out whether these ports menti­o­ned in the Sangam era literature and by Ptolemy are the same,” Athiyaman said. For instance, a port known as Manamelkudi near Thondi Port, is mentioned in the ‘Akananuru’ as Sellur.

But ambiguity st­ill remains as to whether that is the same town ref­e­r­red to by Ptolemy as Sallur in his accounts, he said.

Asked how has the team planned to conduct the survey, Athiyaman said, “We are presently surveying coastal towns, near where we believe ports might ha­ve existed. If they have ex­isted, there would have be­en a heavy traffic of boats and ships. Also in towns, we are looking for pot shreds and other remains, which can indicate a lot.”Once the preliminary su­r­vey is over, information fr­om fishermen, who frequ­ent the particular area in the sea would be collected.

“Based on the information from fishermen, we would employ scientific equipment including SON­AR to detect objects under the sea. There are state-of-the-art equipment, which will help us detect objects, if any, under sheets of clay,” he said.

Athiyaman is leading the team in the Kanyakumari-Rameswaram stretch, while his colleague Rajavelu is looking after the Rameswaram-Poompuhar leg, with the help of research scholars and Ph.D students of Tamil University.

The heavy traffic between coastal towns in Tamil Nadu and commercial hubs in the West has already been established with the use of various text from the ancient times.

“In one of the accounts, Ptolemy talked of a ‘emporia’ north of Cauvery river in the peninsula. When historians and archaeologists looked for the same in the Sangam literature, it was established to be Kaveripoompattinam also known as Poompuhar (a famous port in the Chola period),” Athiyaman said, adding they were hopeful of getting something concrete before this year end.