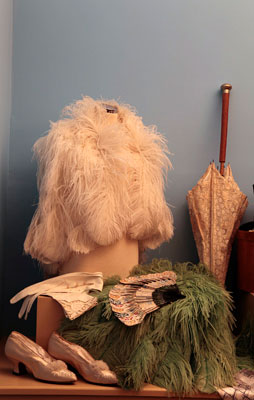 During the Learning Museum Project final event (18-21 September 2013) in Bologna on the evening of 19 September, in addition to honouring Europeana with its European Museum Academy Prize, the Academy will announce officially the presentation of a Lifetime Achievement Award to Mrs Ioanna Papantoniou, President of the Peloponnesian Folklore Foundation, Nafplion, Greece.

Her museum won the European Museum of the Year Award in 1981 and at that time the judges’ report said: “… her attempts to set up the necessary Foundation met every possible kind of legal and bureaucratic obstacle, on a scale which would have cause lesser mortals to abandon the struggle. The quality and size of its collections, the excellence of its displays, the superb graphics, the range and scholarship of its research projects and the originality and thoroughness of its educational programme would have been remarkable in Sweden or the Netherlands. In Greece they represent something close to a miracle.”