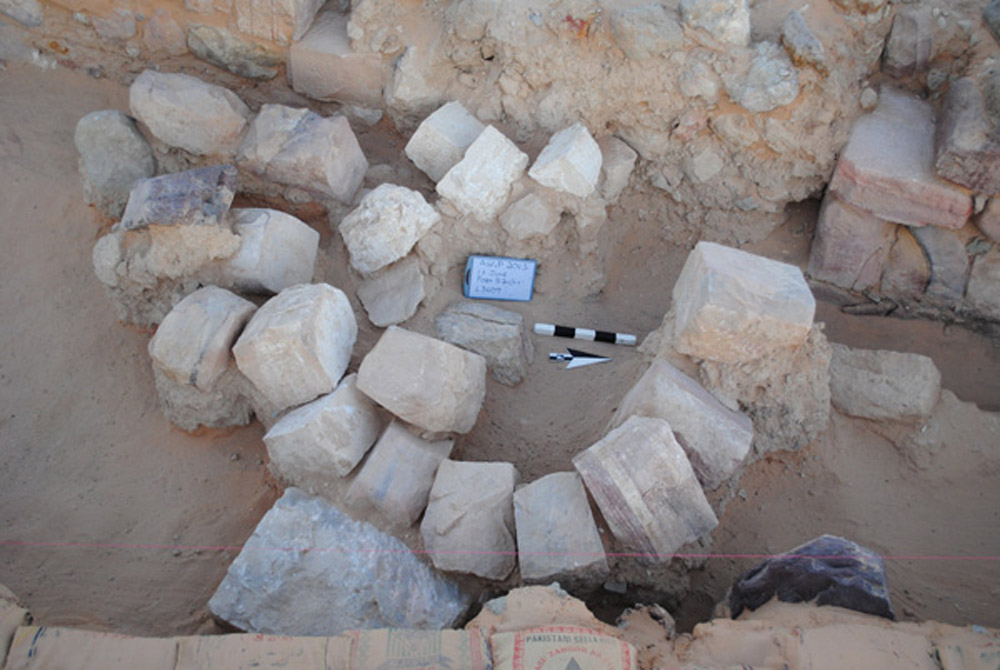 Excavations by the University of Tennessee (Knoxville),

Rare new details about an ancient Roman fort in southern Jordan have been uncovered.

Robert Darby, a lecturer in art history in the School of Art, University of Tennessee, and his partner Erin Darby, an assistant professor in the Department of Religious Studies in the same university, direct the ‘Ayn Gharandal archaeological project’ that has uncovered details about the fort, including the previously unknown location of an ancient infantry unit.

The Darbys and their team have been excavating the ruins of Ayn Gharandal over the past four years. This past June the team uncovered the collapsed gate of the fort, including a large Latin inscription with traces of red paint. The inscribed block was decorated with laurel branches and a wreath, common symbols of victory in Roman art.

“This inscription allows us to fill in some gaps in Roman history. Findings like this don’t happen often, and I’m glad our students could be part of this great discovery.”, said Erin Darby.

The inscription says the fort was dedicated to four co-ruling Roman emperors: Diocletian, Maximian, Galerius, and Constantius I, a group otherwise known as the Tetrarchs, who ruled between 293 and 305 A.D.

The inscription also reveals the infantry unit stationed at the fort was the Cohors II Galatarum, or the Second Cohort of Galatians. Ancient sources place the unit at a site called Arieldela, whose location was previously unknown until this discovery.

“Roman military documents from this region suggest that the Cohors II Galatarum was originally brought to Israel to help suppress the Jewish uprising of the second century known as the Bar Kokhba Revolt,” said Robert Darby. “The inscription indicates that this garrison remained in the area and was subsequently transferred to the outer frontier of the empire, located in what is now modern Jordan.”

Very few Late Roman building inscriptions have been found at forts in the region, and this particular inscription is the only one uncovered through archaeological excavation. The inscription has been removed from the site for conservation at the American Center of Oriental Research in Amman, Jordan, and the excavated areas have been backfilled.

The 2013 field season was supported by UT, the University of Missouri-Columbia, the American Schools of Oriental Research, and the Department of Antiquities of Jordan. The Ayn Gharandal archaeological project will conduct its next major field season in the summer of 2015.

The Darbys’ research was chronicled in an e-journal, Ancient Near East Today, published this week. The article can be viewed online at asorblog.org.