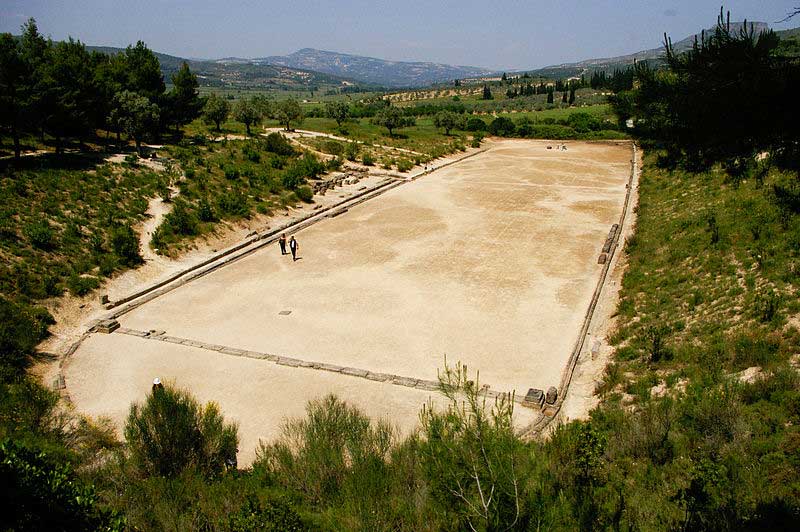 Potential lay-offs may force the closure of the site

Stephen G. Miller, professor emeritus of Classical Archaeology at the University of California, Berkeley, and director of Nemea excavations has warned that the possible dismissal of seven temporary guards from the archaeological site of Ancient Nemea as part of government plans to streamline the Greek civil service, may force the closure of the site.

In an open letter addressed to the general public recently, Miller lamented the consequences of such a decision.

Dr. Miller arrived at Nemea in 1973, when the ancient site still lay buried beneath a highway and vineyards used by raisin farmers. Excavations there unearthed the temple and stadium, one of the four major sites where Ancient Greek games were held: Olympia, Delphi, Isthmia and Nemea. Since 1973, as he writes in the letter, he has bought land and created an archaeological park, he built and equipped a museum, has started the restoration of the Temple of Nemean Zeus, brought to light the ancient stadium with its vaulted entrance. Miller also has held a revival of the Nemean games every four years since 1996, a lower-key, more egalitarian affair than the Olympics, in which athletes sporting white tunics engage in a no-prize competition with a relatively small but dedicated following.

“The idea is that anyone can feel like an ancient Greek athlete for 10 minutes,” he explained in a midweek interview at Nemea, standing at the stadium’s entrance tunnel, where graffiti from ancient athletes is still visible. “The thing I’m worried about is that this place is going to have to be closed.”

Seven of the site’s 10-member staff at Nemea have not have their contracts renewed. If they lose their final challenge in court next month, Miller said, the site will close. Staff shortages last year forced Nemea to close on weekends for 10 weeks.

“It’s sad for me that it’s come to this. There should be people crawling all over this place.”

“The treasure of Greece is its antiquities and the young archaeologists trained to look after those antiquities. Instead of making the investments that would have yielded archaeology an income producing venture, it’s always been shoved off to the side,” Miller said. “There’s no hotel here, no restaurant, no shop.”

“If this [the lay-offs] happens, I will look at myself in the mirror and realize how mindless, how deluded I was. I will have wasted my entire life’s work,” Miller wrote.