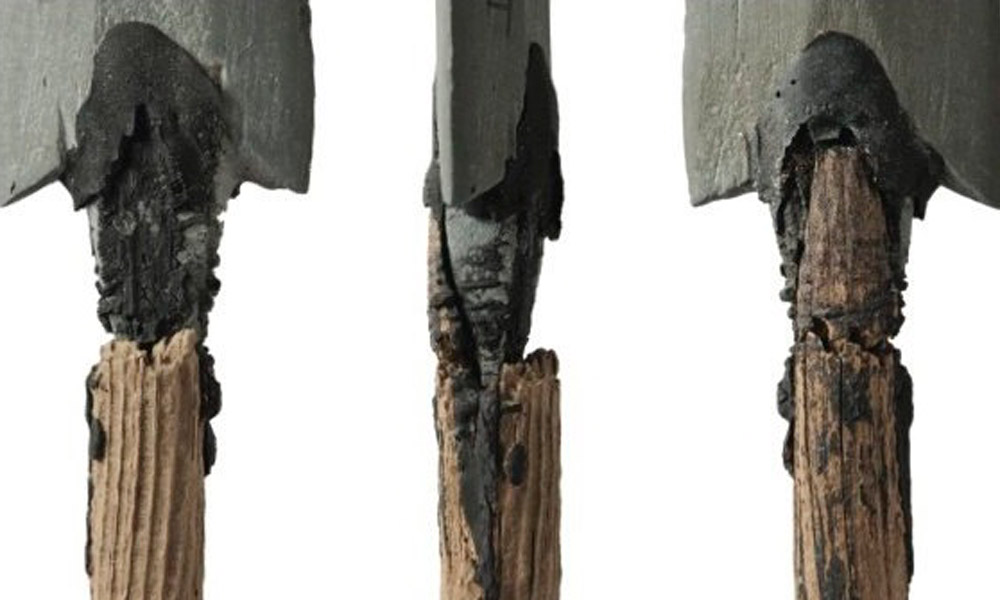 A melting patch of ancient snow in the mountains of Norway has revealed a bow and arrows likely used by hunters to kill reindeer as long ago as 5,400 years. The discovery highlights the worrying effects of climate change, said study author Martin Callanan, an archaeologist at the Norwegian University of Science and Technology.

“It’s actually a little bit unnerving that they’re so old and that they’re coming out right now,” Callanan told LiveScience. “It tells us that there’s something changing.”

Callanan and his colleagues spend every summer hiking up the Trollheim and Dovre mountains a few hours south of Trondheim, Norway, to study the snow patches in the area, track snow melt and look for archaeological artifacts. The mountains stretch 6,200 feet (1,900 meters) above sea level, and at the highest elevations, only rocks and snow prevail year-round.

In 2010 and 2011, a patch of snow melted, revealing an ancient bow and several arrows that had been locked in the snow for centuries. The bow was made from a common type of elm that grows at lower altitudes along the coast. The arrows were tipped in slate and set in different types of wood.

Dating revealed the Neolithic bow was about 3,800 years old, while the oldest of the arrows were 5,400 years old.

Ancient Stone Age hunters probably used the bow and arrows to kill reindeer, which spend summer days at high altitudes. The mountain retreat would have allowed the animals a respite from pesky insects, while standing on snow patches would have helped the shaggy creatures keep cool, Callanan said. Those predictable habits likely made them easy prey for ancient hunters.

No one knows exactly who left these ancient hunting instruments, but the bow and arrows have a design that’s strikingly similar to those found thousands of miles away in other frigid landscapes, such as the Yukon, Callanan said.

“The people in Norway, they didn’t have any contact with people in the Yukon, but they have the same type of adaptation,” Callanan said. “Across different cultures, people have acted in the same way.”

Finding such well-preserved tools is rare, said E. James Dixon, an archaeologist and director of the Maxwell Museum of Anthropology at the University of New Mexico, who was not involved in the study. “It’s one of the rare glimpses that we have into this Neolithic-period archery technology,” Dixon said.

However, while the find itself is stunning, the climate change that caused such ancient snow to melt is bad for archaeology, he said.

Artifacts locked in ice can be preserved for thousands of years. “As soon as ice melts and it comes out, it’s subject to decomposition and we lose it,” Dixon told LiveScience. “For every artifact we find, there are probably hundreds, maybe thousands, that are lost and just destroyed forever.”

The bow and arrows are described in the September issue of the journal Antiquity.