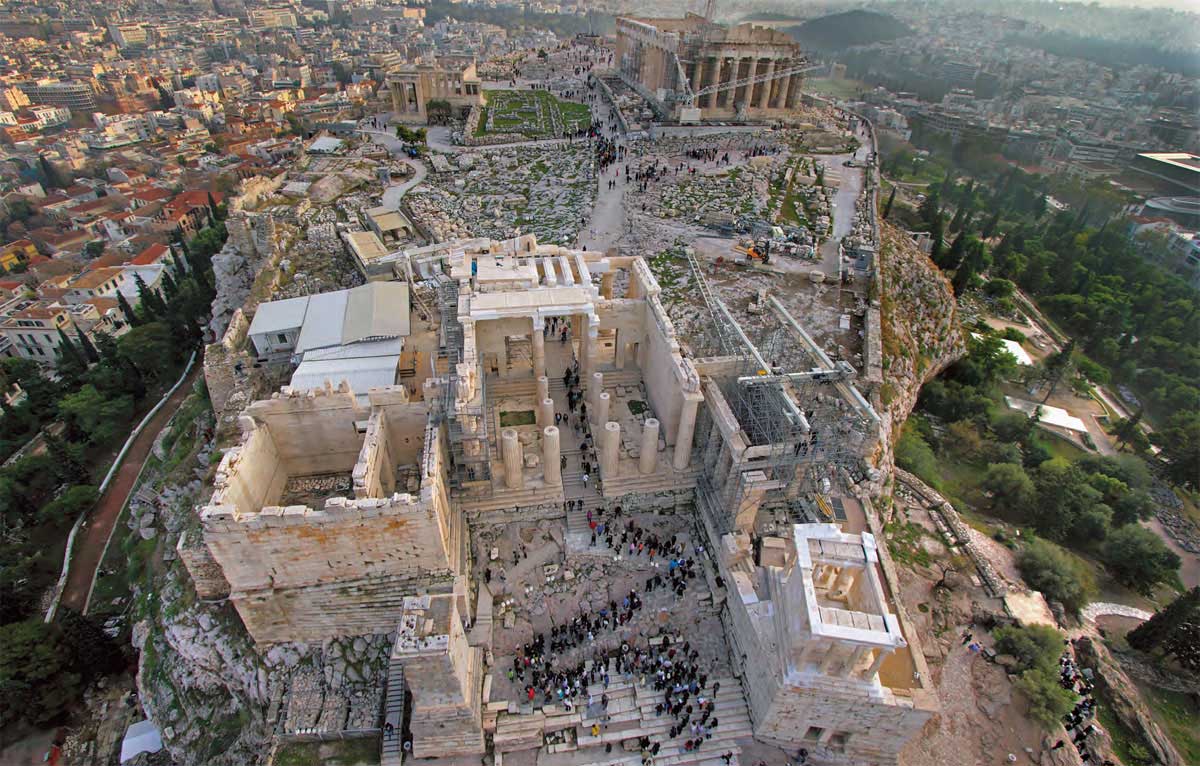 A Master Plan is required

The main issue adressed during the 6th International Meeting for the Restoration of the Acropolis Monuments was not whether the basic restoration rules of Acropolis should change but what the priorities are, if new techniques have to be used and what the limits of the interventions are.

During the symposium which took place in the Auditorium of the Acropolis Museum, the works conducted at the Acropolis monuments in the years 2000-2010 were presented, as well as the works on progress according to the approved studies by the Central Archaeological Council. The main themes were the theoretic questions regarding the restoration of the Acropolis monuments and the results of the latest surveys in the fields of architecture and their conservation, and the special issues of technology and implementations.

The director of the Acropolis Restoration Service (YSMA), architect, Vasiliki Eleftheriou, referring to the restoration works to be conducted until June 30, 2015, said: “Part of the programmes for the west side and the north wall of the Parthenon are underway. The treatment of the surfaces of the new supplements on the columns of the north side has been nearly completed and has started on two columns of the pronaos, while the project also involves the structural restoration of two blocks of the lintel of the western doorway. Furthermore, the project includes interventions on the west pteroma of the Parthenon. The restoration of the superstructure of the south wall of the central building of the Propylaia has been completed, while plans are made for an intervention in the northwest corner of the central building. As regards the Temple of Athena Nike, the completed work involves the restoration of the crown of the tower and activities towards the improvement, protection, and functionality of the basement area of the temple. In addition, conservation work is currently performed on the surface of the marble of the Erechtheion and the three aforementioned monuments. The programme for the inventorization and re-arrangement of the scattered blocks in the archaeological site is ongoing. There are also plans for an intervention of limited extent on the south wall of the Acropolis. The Acropolis Restoration Service implements its programmes through insourcing, relying on highly specialized personnel, thus continuing what was introduced by YSMA and has become an established practice which has led to the international recognition of the work performed on the Acropolis monuments in the past thirty-eight years.”

Dimitris Pandermalis, Archaeologist, Professor Emeritus, discussed architectural sculptures. After referring to the unique juxtapositions in the museum, the restoration of bronze artefacts which is progressing well and the big success of the cleaning programme of the finds in the public eye, Mr. Pandermalis underlined that the Acropolis Museum is a workshop-museum, where not only the personnel is working every day but the visitor is also invited to take part in this dialogue with the masterpieces housed in the museum.

“For the development of a safe method for marbles surface cleaning from air pollutants, a research study was conducted on the comparative evaluation of different methods of cleaning (microblasting, gypsum inversion, absorptive poultices, laser), which resulted in the proposal for the implementation of a laser system. The laser was designed and developed by IESL-FORTH and it was used on the west frieze of the Parthenon and on the coffered ceiling of the Caryatids Porch of the Erechtheion”, said E. Aggelakopoulou, Chemical Engineer and head of the Sturface Conservation Office and Worksite YSMA.

Professor Manolis Korres talked about the big issue of the restoration works taking too long, saying the time consequence and the money required are currently the most serious factors. He stressed that one should respect these factors, and make realistic plans. He also said that he fears that the circumstances will get worse, which is another reason why one should limit ambitions and make stronger efforts. The restoration might take long, but the main thing is to make the most of time. For him, the rescue works are of priority.

According to the first conclusion of the symposium, attended by Greek and foreign scientists, a Master Plan is needed in order to set priorities, a time frame and define the cost of the restoration works, as available funds are limited. At the same time, it would be best that the monument has less scaffolding.