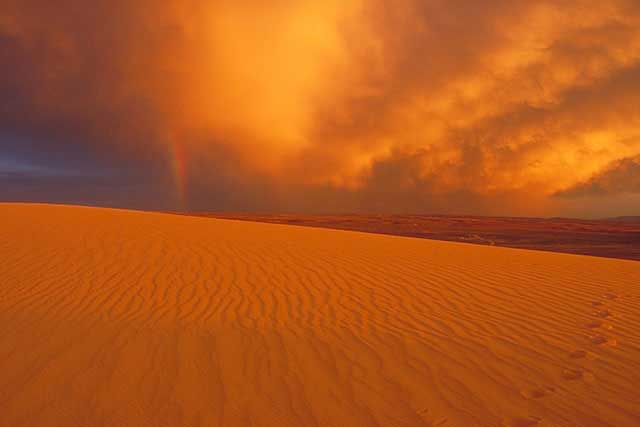 In the Killpecker Sand Dunes

Sweetwater County Sheriff Rich Haskell said father and daughter were pre-season scouting for deer about 3 1/2 miles west of Essex Mountain when they found two bones they believed to be human. They alerted Sweetwater County authorities who recovered the remains.

After seeing the bones, County Coroner Dal Majhanovich asked a Anthropology and Geology Professor Charlie Love, formerly of Western Wyoming Community College, to examine them. He confirmed that the bones are prehistoric femur and pelvic bones from a male Native American.

The remains will be sent to the University of Wyoming for further study.

The area where the bones were found is run by the Bureau of Land Management, but they could not be notified of the find because their offices are closed due to the current government shutdown.