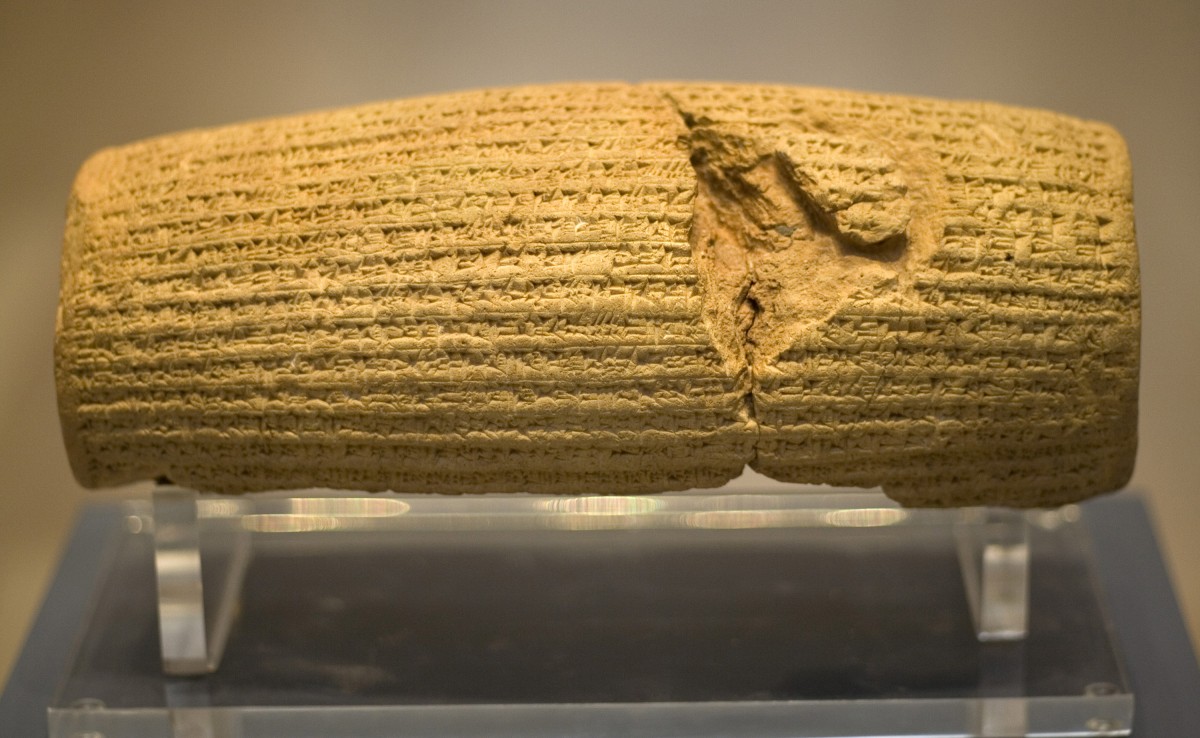 October 29, the “Cyrus the Great Day”

The first declaration of human rights?

On the 29th of October each year, Iranians worldwide are celebrating Cyrus the Great’s entrance to Babylon and, alongside it, the issuing of the Cyrus Cylinder, what it is believed to be the first historically documanted declaration of human rights.

As stated in a text issued several years ago by the International Committee to Save the Archeological Sites of Pasargad, “Twenty five centuries ago, a civilized and compassionate declaration was written on clay and issued to the “four corners of the world” that dealt with important issues relevant to the rights of humans, the same issues that not only in those days but even today can inspire those who believe in human dignity and rights”. In reality, the description of how Cyrus dealt with the defeated Babylonians -repatriating the displaced, improving their well-being, restoring temples of various faiths, repairing their dwellings- is not a declaration of human rights per se but a sample of ruling according to what we consider as respect of human rights today.

The Declaration of Cyrus the Great, emphasizes on the removal of all racial, national discrimination and slavery, bestowing to the people, freedom to choose their places of residence, faith and religion and giving prominence to the perpetual peace amongst the nations. “This Declaration could actually be considered as a present from the Iranian people, expressed through the words of Cyrus, their political leader and the founder of the first empire in the world, to the whole humanity”.

In 1971, the general assembly of the United Nations recognized it as the first Declaration of Human Rights, thus, registering such an honor to the name of Iran as the cradle of this first historical attempt to establish the recognition of human rights. However, the day’s celebration is so far restricted to the Iranian communities worldwide, as there is no solid proof that the declaration took place during that day, c. 539 BC. As a result, the 29th of October is not mentioned as a holiday in any international calendar.

Whether the 29th of October is actually linked to the declaration of Cyrus or not, is will be no harm to comemorate the issuing of the text. In our era, when everything is questioned, the reference to this text might be a reminder of one of the first attempts of manking to define the good in this world.