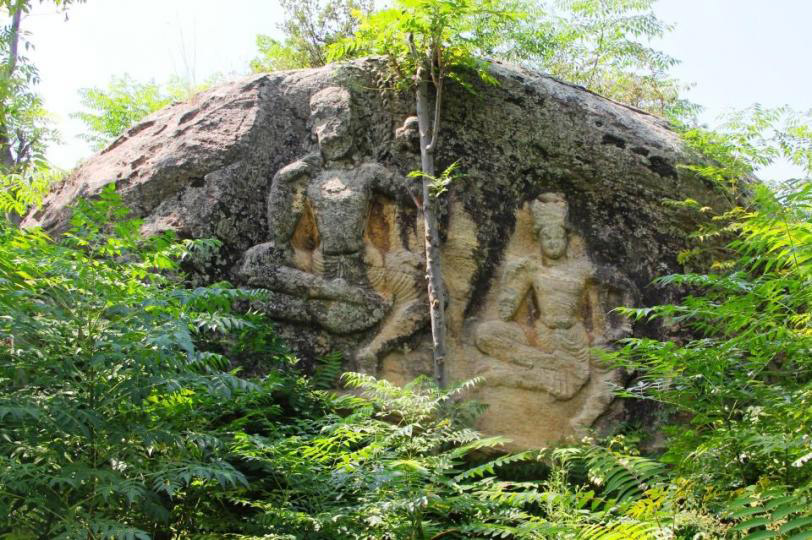 Archaeologists and cultural activists say Buddhist rock carvings in the Swat district of Pakistan’s Khyber Pakhtunkhwa province are fading fast and urgently need a well-thought-out preservation strategy by the province’s Archaeology Department to protect them from vandalism.

The carvings date from the Gandhara Civilization, considered a cradle of Buddhism, which lasted from early in the first millennium BC to the 11th century AD in what is now northern Pakistan and eastern Afghanistan. Most depict Buddha or other prominent figures in ancient Buddhism. The rest are considered masterpieces of art and history that could attract tourists and scholars from around the world.

Social and cultural activists in the Swat Valley say the land is losing its heritage as the Archaeology Department, responsible for maintaining the carvings, turns a blind eye.

Mahmood Khan, Khyber Pakhtunkhwa’s minister for sports, tourism and archaeology, however, told UPI Next the government is aware of the importance of culture and historical heritage.

According to archaeologists, the statues were carved to propagate Buddhist doctrine and revitalize pilgrimage paths to and around Buddhist sacred areas, especially on the left bank of the Swat River. Luca Maria Olivieri, head of the Italian Archaeological Mission in Pakistan, said the carvings are important to archaeologists, historians and tourists.

“The sculptures in the Swat valley are typical of the late Vajrayana Buddhist schools, active in Swat between the seventh and ninth centuries,” Olivieri told UPI Next, adding that the mission had documented 221 sculptures.

Shah Wazir Khan, a philanthropist and social activist in the Swat valley, noted the care with which the sculptures were placed, saying the Buddhists “selected locations for rock carvings where one can find perfect solace and serenity, aloof from the world of noise and humdrum.”

“Only the chirping of birds can be heard,” he said, adding, “The carvings depict that they were peace-loving people with a high esthetic sense.”

There are several local myths connected with the carvings, with some saying they were created to mark the location of hidden treasure.

“There is a deep logic in the carvings,” Imtiaz Hussain, a University of Swat sociology student, told UPI Next, “They have engraved the statues to point out some secrets or treasure. But it needs expertise or skills to spot the location the statues refer to. They often point out a direction to a treasure buried by the carvers.”

Others believe statues were carved at high altitudes because people believed Buddha could see them and their activities every moment.

“Swat has long been a cradle to various civilizations and has nurtured them like a mother,” Mohammad Amjad, a lecturer in English at Post Graduate Jahanzeb College Swat, who was visiting Arab Khan Cheena, a very rich carvings site.

“A random expedition can bring you face to face with scores of ancient sites narrating their saga.”

He was pessimistic about the condition of the carvings, however.

“The situation is now a bleak one because this treasure is constantly crumbling, owing to the negligence of the related authorities and the apathy of the locals,” he told UPI Next.

“There is not a grain of exaggeration if I say that within a decade, there will be no sign of them.”

Hamayun Masaud, a Mingora businessman and social activist, told UPI Next, “If protected and used in a meaningful way, it can attract thousands of tourists, but it makes the angels weep in the skies to note that these statues have not even been documented by the Archaeology Department.”

“What is lost cannot be restored, but the Archaeology Department’s primary duty is to take immediate remedial measures to document and protect them from further decay,” he said.

“Islam never allows its followers to stone, deface or destroy any place of worship or other identity of any religion,” Abdul Baseer, a Mingora Islamic scholar, said.

However, the reality is different. Vandals who have defaced them, thrown stones and garbage at them, and in some cases, urinated on them. Many of those responsible for the desecrations are locals who say they have been told by their mullahs it is virtuous to vandalize them.

“My parents always asked me to hit and deface the statues near my house, as they were motivated by the imam of our mosque,” a small boy in Samangul village told UPI Next.

And, since all the sites are on private land, the vandalism is not considered a crime, and no arrests have been made, Behram Gul, a police official in the Kokarai police station, told UPI Next.

Anna Filigenzi, a University of Naples archaeologist and art historian planning a comprehensive report on the carvings this year, said: “Disseminating knowledge and awareness among the locals and general public would really help protect the precious heritage. There is also a need to create non-invasive shelters for these if possible.”

Shah Nazar Khan, the province’s former director of archaeology, stressed the need to preserve the Buddhist heritage, but he said the locals were unfriendly.

“It is high time to educate people about its historical and cultural importance so that locals take part in its preservation,” he told UPI Next.

He suggested that the statues be fully documented and moved to museums if possible.

Faizur Rehman, the Swat Museum curator in charge of the protected Swat archaeological sites, told UPI Next that since most of the sites are on private land, “mere protection is not the solution.”

“The government should purchase all the lands where the rock carvings are and hire guards 24 hours a day,” he said. “This is the only way to protect and preserve our heritage.”

He added that the sites needed tourist facilities such as paths, drinking water, lavatories and rest areas.