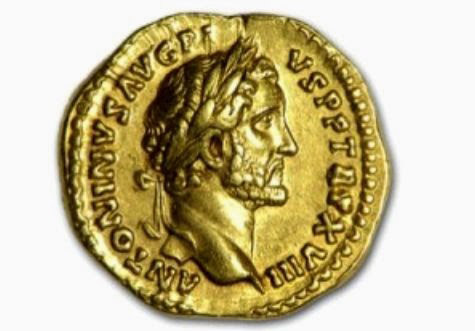 Archaeologists conducting excavations at an ancient tomb in Luoyang, Henan Province, China, found Monday a gold coin from the East Roman (Byzantine) Empire  estimated to be over 1,500 years old.

Minted during 491–518 AD, the gold coin was likely used as an amulet or an ornament, rather than as an accepted currency in China.

The tomb, discovered during road construction work last year, is located in an area believe to have host an imperial cemetery area from the Northern Wei Dynasty. Up to now, chinaware, bronze utensils and stoneware have been found there.

The finding, reports China National News, is yet another proof of a long history of exchange between the Eastern and the Western civilizations and suggests that the area was part of the ancient section of the “Silk Road,” used by merchants travelling between China and the Mediterranean cultures.

Though Western coins had been discovered at ancient tombs in China, the one unearthed yesterday preserved its original shape, to the point that —when found— reportedly glittered just like a brand new one would.