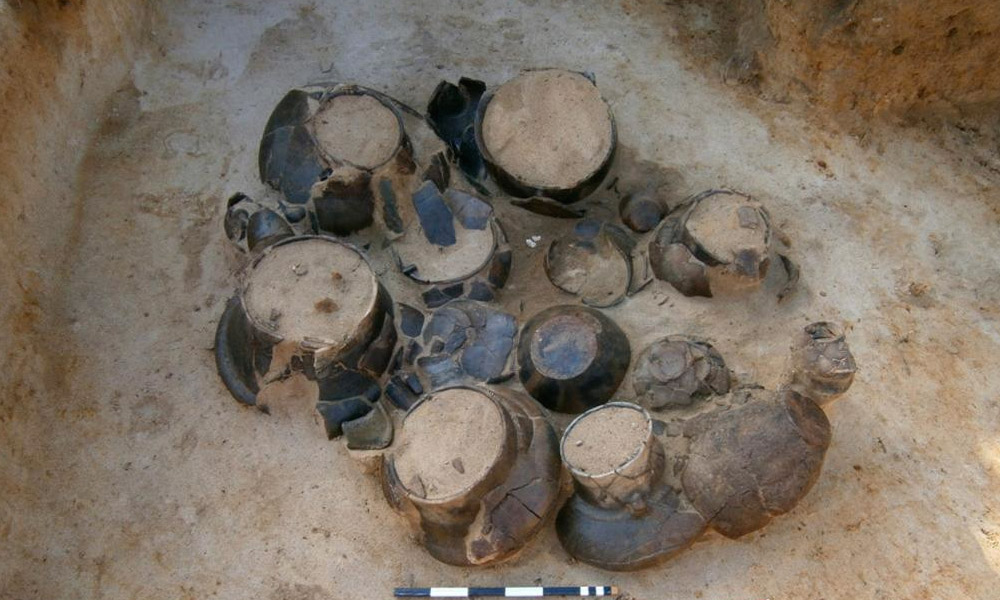 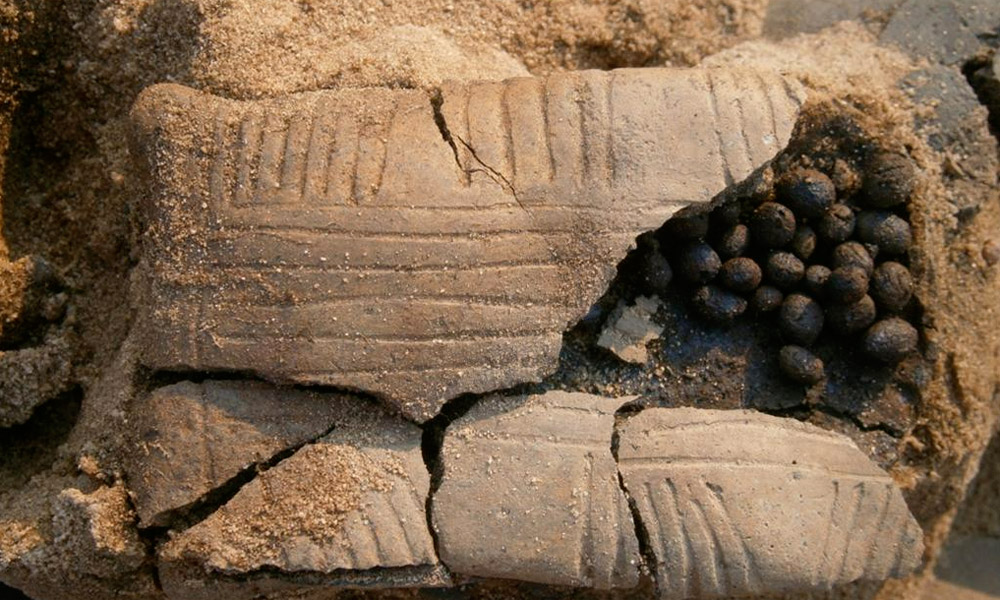 Finds include many one-offs, suggesting links with Silesia

A large Lusatian culture community cemetery from the late Bronze Age and Early Iron Age, the period in which the famous fortified settlement in Biskupin was founded, was excavated by archaeologists in Łęgowo near Wągrowiec (Wielkopolska province), Poland.

Excavations in the cemetery in Łęgowo were completed in late September. The site location was known to archaeologists from the nineteenth century sources. However, more extensive work was possible due to the planned extension of the provincial road No. 196 and preceding rescue excavations. The work was carried out by resulted the Regional Museum in Wągrowiec, in collaboration with Arthur Dębski (Mos Maiorum Archaeology and Preservation Laboratory) and Marcin Krzepkowski (Laboratory of Archaeological Documentation).

“We studied 151 graves, which contained cremated ashes of the dead. Descendants spared no gifts in the form of pottery for the last journey – we counted more than a thousand vessels” – told Marcin Krzepkowski, head of research.

Cremated remains were usually placed in urns. A common practice observed in the studied cemetery was covering urns with bowls, putting some vessels upside down , or putting them on the side and placing the scoops and cups in large ceramic containers. Grave pit, in addition to an urn and a bowl covering it, usually contained a dozen or so vessels. In a few cases, their number reached 40.

“Among the thousand vessels we have discovered there are richly ornamented examples. For the last journey, the deceased also received bronze items, including 10 pins or their fragments, a sickle and a razor”, said Krzepkowski.

Especially moving are the graves of children. Graves of the youngest children contained miniature vessels and clay rattles. In one child burial, archaeologists found a spoon with a handle finished with a stylised head of a bird, in another a richly decorated bowl with a figure in the shape of a bird inside.

“A quite unique discovery in this part of the Poland is a small rectangular clay object, associated with the cult of hearth and home, so-called moon idol. Such objects are usually found in Silesian cemeteries, mostly from the area of Wrocław”, said the archaeologist.

Community scientists refer to as the Lusatian culture lived in the basin of the Vistula and Oder rivers, as well in today’s Saxony, Brandenburg, northern Czech Republic and Lusatia. These people were mainly farmers, of secondary importance was breeding cattle, pigs and goats. In the beginning of the Iron Age in the areas occupied by the community, in addition to open settlements, there were also castle towns, considered tribal centres or places of refuge during the unrest.

The areas occupied by people of the Lusatian culture are also known for bronze treasures including ornaments and tools (mainly axes and sickles). The first information about excavating a cemetery of the Lusatian in the Wągrowiec area dates from the fifteenth century records of Jan Długosz. The chronicler wrote that “born from the womb of the earth are pots, by themselves, only by the art of nature, without any human helping, of all sorts of different shapes, similar to those people use, though delicate and soft, while still rooted in their family soil in the ground, yet when they are removed they become tight and hardened in the sun or wind”.