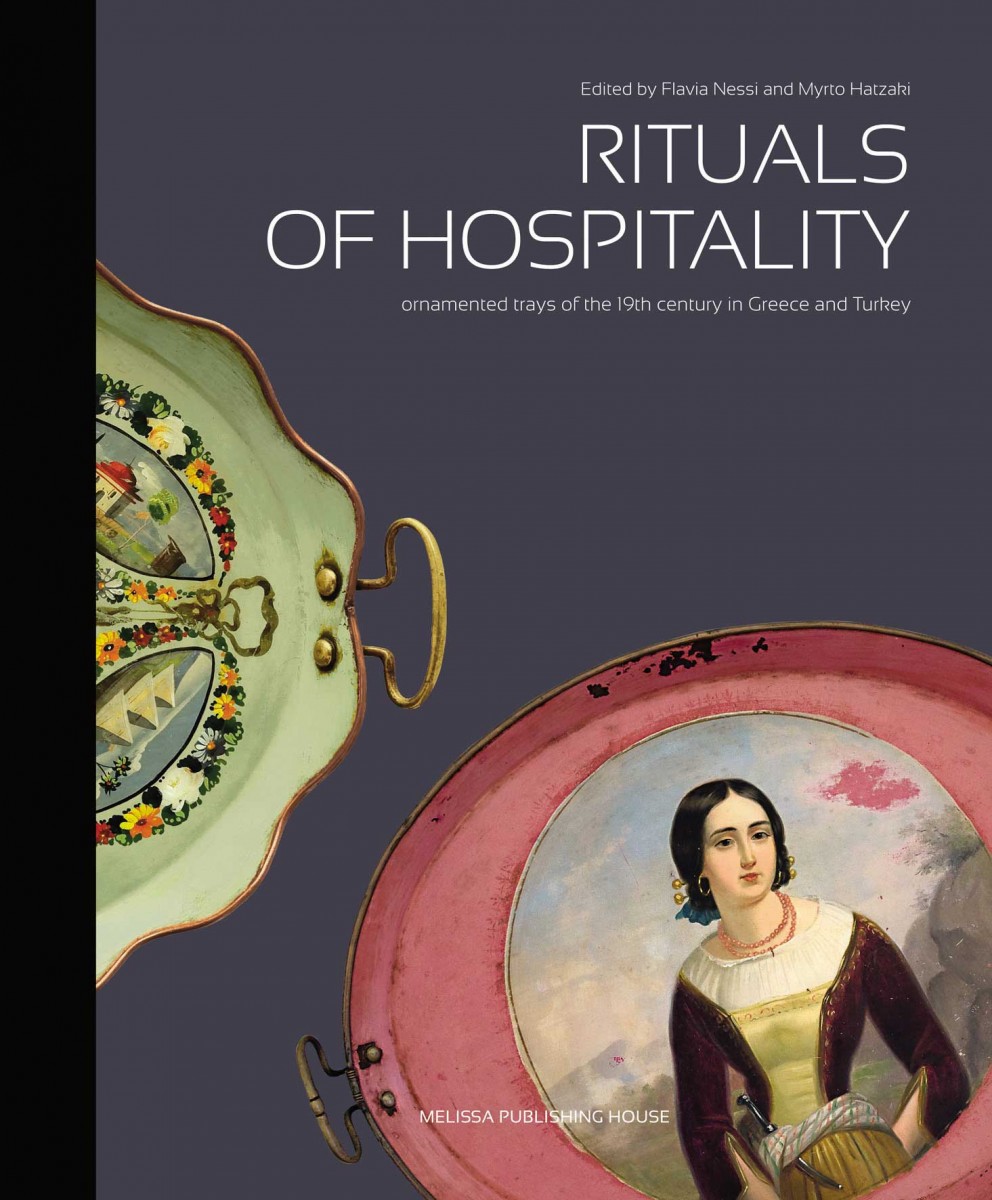 Ornamented Trays of the 19th century in Greece and Turkey

A interdisciplinary reading of 19th century ornamented trays and their complex (hi)stories, set in the context of the last, glittering days of the Ottoman Empire.

This book focuses on a group of fascinating, multi-faceted 19th century objects from the field of the decorative and applied arts: the ornamented trays produced during the Indian summer of the japanning industry in Europe, which are today prized treasures of private and museum collections in Greece and Turkey. Once an essential part of the rituals of daily life in the Ottoman empire and the newly founded Greek Kingdom – the serving of coffee and syrupy ‘spoon’ sweets but also the elaborate rituals of hospitality enacted over the partaking of meals – these objects, hitherto unpublished and under-researched, are laden with the complex socio-cultural history of their times.

This volume aims at an inter-disciplinary reading which looks into their iconography and function, the techniques of manufacture and places of production, the commercial routes that brought these coveted wares to the ‘east’ and the homes of their intended audience; all while simultaneously recording the contemporary ‘voices’ (both literary and visual) that document their existence – and the stories told by the objects themselves. What emerges is a kaleidoscope of colors, flavors and meanings that lie beneath the surface of these objects which balance deliciously between east and west, oriental and occidental, functional and ornamental.