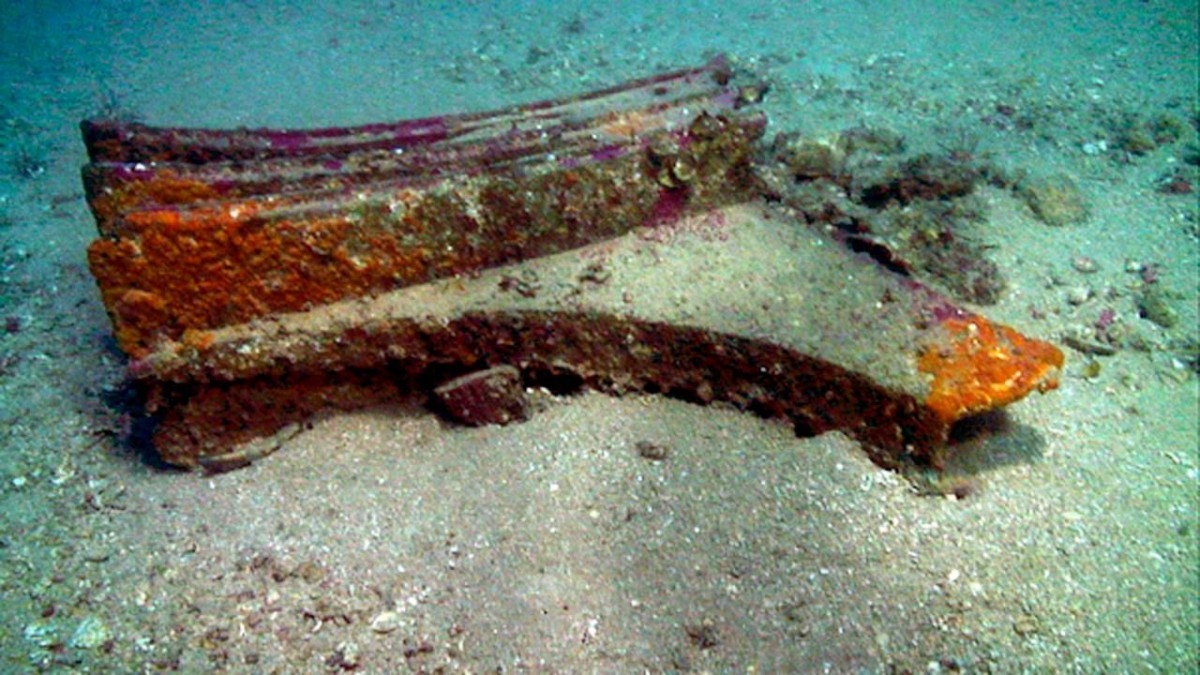 A window into a Romano Carthaginian naval battle

On March 10 241 BC a huge naval battle took place off the coast of Sicily between the Romans and their archenemies the Carthaginians. The naval battle meant the end for the First Punic War and the beginning of the raising of the Roman Republic into an Empire.

The Battle of the Egadi Islands is the first ancient naval battle site ever discovered and it is now being surveyed in minute detail. Directed by the Soprintendenza del Mare and RPM Nautical Foundation, the Egadi Island Survey was established nearly 10 years ago. They have been joined by The University of Nottingham’s underwater archaeologist Dr Jon Henderson who is using some of the latest underwater archaeology techniques to help survey and map this remarkable battle site.

An area spreading at some five square kilometres, between 40 to 120 metres-deep beneath the sea is littered with the relics of this decisive war. Bronze helmets, amphora, weapons and most importantly ancient bronze battle rams are being lifted from the seabed and preserved.

Dr Henderson, from the Department of Archaeology, said: “It is quite surprising that despite all the literary references and the importance of naval battles and sea power in the ancient world we have never found a battle site before. What makes this project so exciting is that this was an important engagement between the Romans and the Carthaginians which ultimately provided the Romans with a springboard to go on and take over the whole of the Mediterranean.”

Historical documents placed the battle near the island of Levanzo, west of Sicily. According to the literature the battle was short — just a few hours long. The Romans lay in wait trapping the Carthaginians and blocking off their sea route in a sudden attack.

Previous attempts to find the exact location had been focused in shallow water close to the island. But stories told by old Sicilian divers that lines of ancient lead anchors were lying on the seabed, off the Egadi Islands to the west of Trapani off Sicily’s northwest coast, guided Sebastiano Tusa, Professor of Pre-history and Soprintendenza del Mare, Sicily to the battle site.

Professor Tusa said: “The stories these divers told led me to speculate where this battle might have taken place. To prove my hypothesis I carried out a series of dives and discovered 50 anchors. Local fishermen brought up a bronze helmet from the same area and together with the discovery of the first ram my hypothesis became theory. Now, working with RPM Nautical Foundation we have discovered 11 rams.”

The research vessel ‘Hercules’ bristles with some of the very latest underwater survey technology. An ongoing multi-beam survey together with remotely operated vehicle (ROV) verification is producing an accurate map of the undersea geography of the site as well as an astonishing array of shipwrecks, weapons, armour, helmets. But most exciting of all is the growing collection of ancient battle rams of which there were only three in the world before this survey began.

Dr Jeffrey Royal said: “Much of what we knew about ancient naval battles and ancient warships was based on historical text and iconography. We now have physical archaeological data which will significantly change our understanding. Cast on the bow of the ship these rams were not just used as weapons, they were there to protect the ship. The discovery of these rams will help us learn more about the size of these ships, the way they were built, what materials were used as well as the economics of building a navy and the cost of losing a battle.”

Dr Henderson is using sector-scanner technology developed for the marine offshore industry to map the site in even more detail. It was tested out in shallow water during his work on Pavlopetri — the world’s oldest known underwater city. It is now proving its worth in much deeper waters. The technology he has introduced to the world of underwater archaeology will survey an area of up to 50 to 60 metres across in minute detail and produce plans which can been drawn for archaeological purposes.

He said: “The sector scan produces a geometrically accurate plan of the seabed in matter of minutes. To fully understand the remains on the seabed and ultimately reconstruct the actual battle itself it is vital that we record the exact positions of the wreckage. I think this technology has the potential to transform the way underwater sites are surveyed in the future.”

With funding from the Honor Frost Foundation (click on the Sicily link) — Honor Frost was a pioneer in the field of underwater archaeology — some of the artefacts brought to the surface inside the amphora are now under analysis at The University of Nottingham. Analysis at Nottingham has shown these materials are of ancient manufacture and could tell the team a lot about what was onboard these ancient warships.

Dr Henderson said: “For the first time archaeologists have recovered finds in context from the site of an ancient naval battle. We can now begin to say something about the fittings and equipment present on ancient warships and indeed what would have been taken into battle. It’s exciting because we now have archaeological data to add to interpretations which were wholly based on iconographic representations and the ancient literary accounts.”

The area is so rich in archaeological data that the survey team believe it could take decades to fully survey and analyse the data from this site.