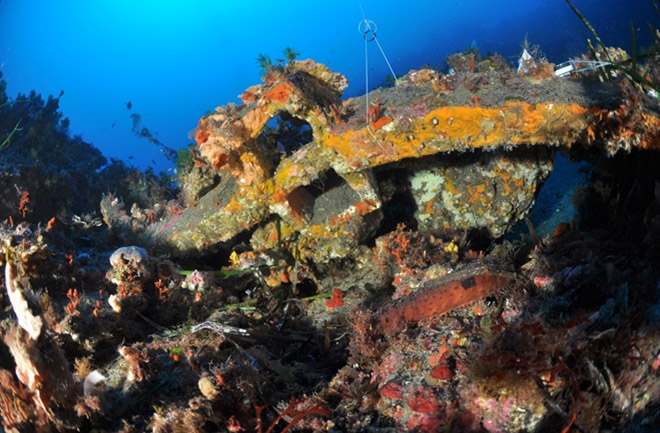 Underwater research is set to continue until mid-July

A cluster of more than 30 ancient anchors connected with a key episode of the Punic Wars was discovered by archaeologists off the Sicilian island of Pantelleria.

Found at a depth between 160 and 270 feet in Cala Levante, the anchors date to more than 2,000 years ago. According to archaeologist Leonardo Abelli ( University of Sassari), the anchors are startling evidence of the Romans’ and Carthaginians’ struggle to impose their rule over the Mediterranean during the First Punic War (264 to 241 B.C.).

“They were deliberately abandoned. The Carthaginian ships were hiding from the Romans and could not waste time trying to retrieve heavy anchors at such depths,” Abelli told Discovery News.

Lying strategically between Africa and Sicily, Pantelleria became a bone of contention between the Romans and Carthaginians during the third century B.C. Rome captured the small Mediterranean island in the First Punic War in 255 B.C., but lost it a year later. In 217 B.C., in the Second Punic War, Rome finally regained the island, and even celebrated the event with commemorative coins and a holiday.

Following the first conquer in 255 B.C., Rome took control of the island with a fleet of over 300 ships.

“The Carthaginian ships that were stationing near Pantelleria had no other choice than hiding near the northern coast and trying to escape. To do so, they cut the anchors free and left them in the sea. They also abandoned part of their cargo to lighten the ships and gain speed,” Abelli said.

Indeed, Abelli’s team found many jars in clusters of 4-10 pieces near the spectacular Punta Tracino, not far from where the anchors were found.

Two years ago, the same team found 3,500 Punic coins about 68 feet down. Dating between 264 and 241 B.C., the bronze coins featured the same iconography, suggesting that the money served for an institutional payment, possibly to sustain anti-Roman troops.

Carried on a Carthaginian ship headed to Sicily, the money was deliberately left on the bottom of the sea, in relatively low waters, with the hope of recovering it later.

“Near the coins we found a large stone anchor with three holes and a tree trunk. We believe they were signaling the point where the treasure was hidden,” Abelli said.

Underwater research is set to continue until mid-July. The project is founded by Arcus Spa and realized by Pantelleria Ricerche with the Sicily Region Sea Superintendency, the University of Sassari and Messina Coast Guard.