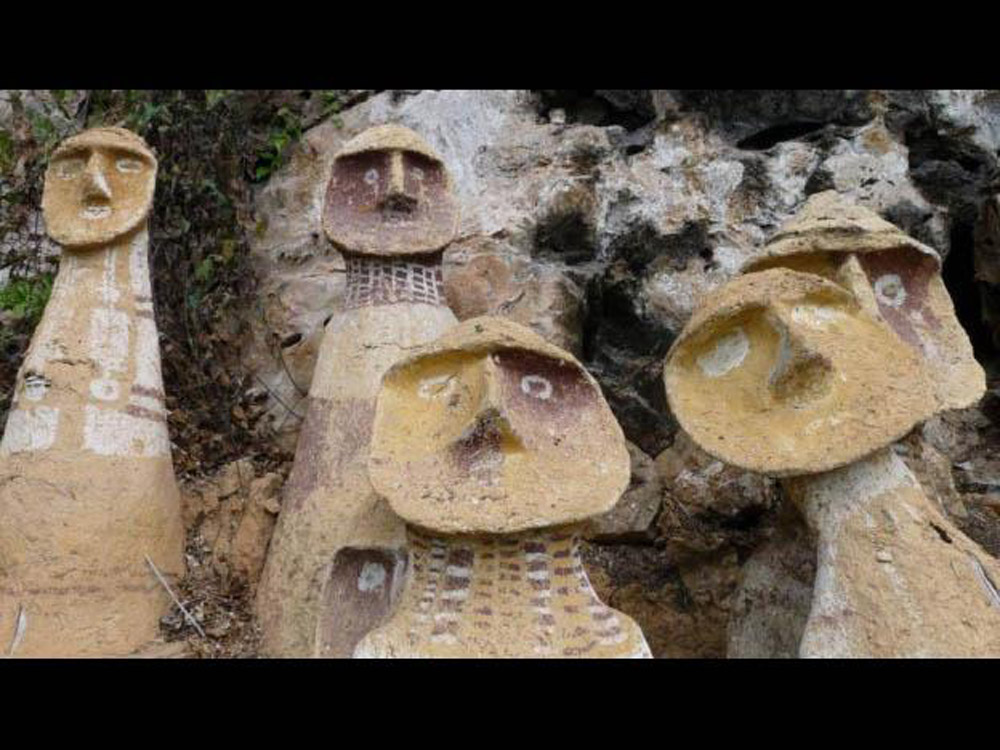 Archaeologists working in the Amazonas region of Peru have discovered 35 Chachapoya sarcophagi of a diminutive size, believed to host children. If the researchers’ thoughts are confirmed, the site is going to be the first children-only Chachapoya  cemetery known to-date.

According to local news agency Peru21, the site was located last July using a super long zoom camera. In September, researchers were able to reach the site. Unusually for a Chachapoya cemetery, the burial site is unique in that the sarcophagi were buried facing west. Still, the greatest surprise was that the sarcophagi were only about 70 centimeters tall on average, making researchers consider that the group may constitute a cemetery in which only children were buried.

It is still early to say what the future holds for the research on the site, the sarcophagoi and the mummies that might survive in them. What is made clear in the local press is the willingness of the authorities to make a tourist attraction out of the discovery. “Because of the magnitude of the find, we’re dealing with a discovery that is unique in the world, which should be protected and integrated into the touristic circuit”.

The Chachapoyas culture (sometimes referred to as “The Warriors of the Clouds”) were a powerful civilization that flourished from about 800 AD until shortly before the Spanish conquest of the New World, when they were conquered by the Inca empire. They are known for constructing the jungle fortress of Kuelap, an impressive complex located in Chachapoyas, Amazonas, in northern Peru.