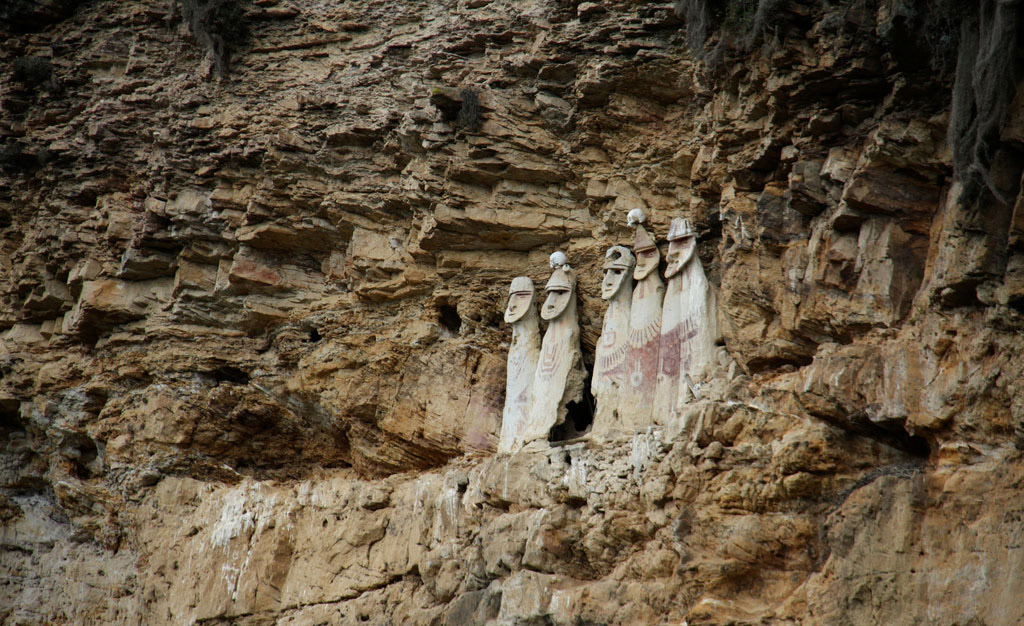 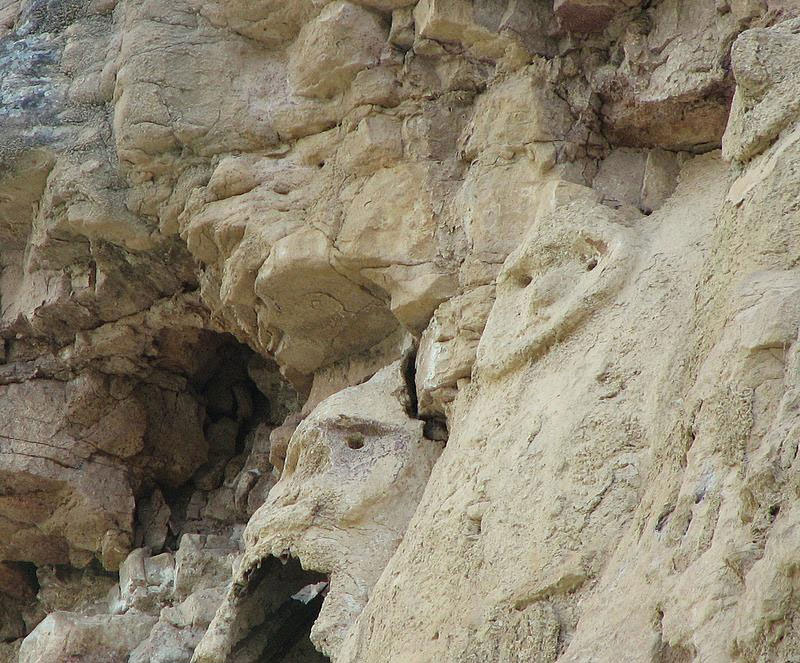 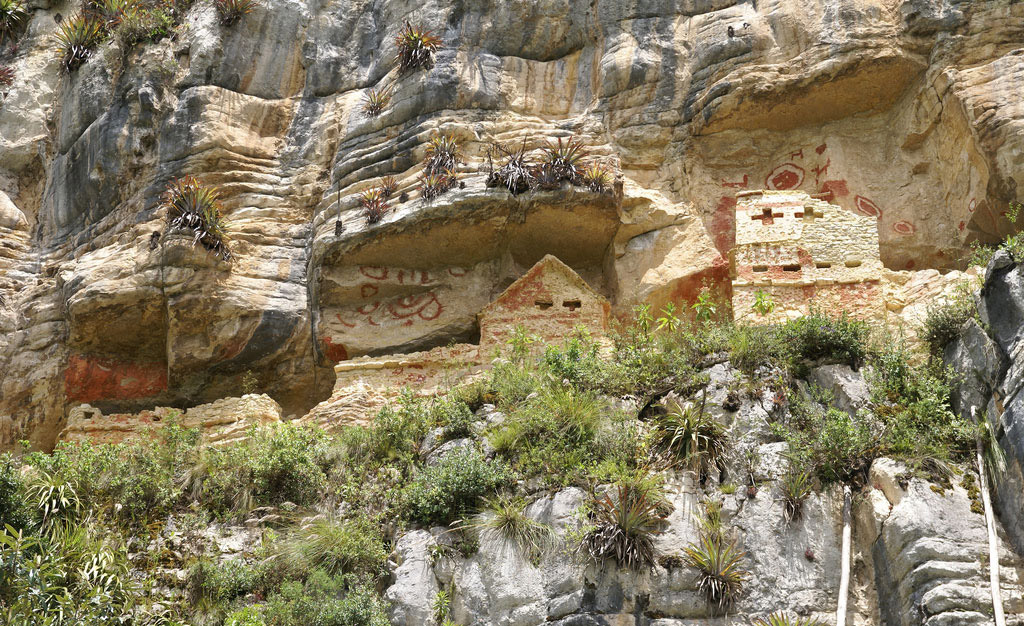 Peru’s Warriors of the Clouds

The Chachapoya, a tribe of lost fighters

Placed upstanding and lined up along a cliff of teh ones surrounding the Utcubamba valley, Peru , a series of anthropoid sarcophagoi are gazing out from a ledge, their unblinking eyes painted onto clay faces that guard the mummified occupants within. They are the last remnants of a now extinct culture calling its people “Warriors of the Clouds”, lost forever after the land where it was born and flourished was annexed by two subsequent empires.

By the time the Spanish arrived in Peru at the beginning of the 16th Century, the Chachapoya people  (“Warriors of the Clouds”) had already been conquered and absorbed in to the Inca Empire. However, they left one thing behind as a monument to their existence – the strange sarcophagi, known as purunmachu.

Shaking Up the Past

In 1928 an earthquake shook the hills at the Utcubamba valley, and revealed a seven foot tall clay square-jawed figure that had tumbled from a high cliff. Archaeologists were called in to investigate further, as this represented an incredibly rare find. Most purunmachus had either been partially or totally destroyed by looters in the past, but the archaeologists found seven more on the high cliff where their inaccessibility prevented the same fate as the others. Carbon 14 dating at some time later was carried out on the mummies and the results placed them around the 1470s – the time that the Inca overwhelmed the Chachapoya people.

Preparing for the Afterlife

According to Adriana von Hagen, who has carried out a study of the purunmachus, they were constructed by first building a low circular wall on a ledge. Then, the wrapped body was inserted into this container. A clay body was then built around the funerary bundle and long poles were inserted into the construction.

This structure was then covered in a mixture of mud and straw and painted white or cream before details such as necklaces or pectorals, feathered tunics, faces and genitals were added in shades of yellow ochre and two shades of red.

The head was fashioned of clay tempered with straw and almost all appear to have been given headdresses. However, at the site of Carajía, the cone-shaped heads of the purunmachus end in a point with a human skull placed on top.

Several burial sites are embellished with pictographs in red ochre representing herding or hunting scenes of llamas or deer, flanked by human figures with rays emanating from their heads, probably feathered headdresses.

Purunmachus have also been discovered in nearby Aya-chaqui and while there are some differences between the two types, they obviously belong to the same culture. It seems likely that this practice was relatively widespread for hundreds of years.

The End of the Chachapoya

As for the Chachapoya themselves, a century after the arrival of the Spanish they had been effectively wiped out – with census reports showing a dramatic decline.

Accompanied by 3,000 troops and bearers, Alvarado explored and “pacified” these lands in 1539. “The land,” noted the chronicler Pedro de Cieza de León “is very populated, and the Inkas always kept a garrison there because the people are very spirited.”

But, within 200 years of Alvarado’s first meeting with Guaman in Cochabamba, more than 90 percent of the region’s estimated 300,000 people had perished. “The Indians are so reduced in number that these lands are almost depopulated,” lamented the Chachapoyas town council records. By 1606 the native population is reduced to only 20,000 inhabitants.

Once their culture had disappeared the sarcophagi were no longer sacred and so most were desecrated and destroyed by looters in search of any riches might lie inside.