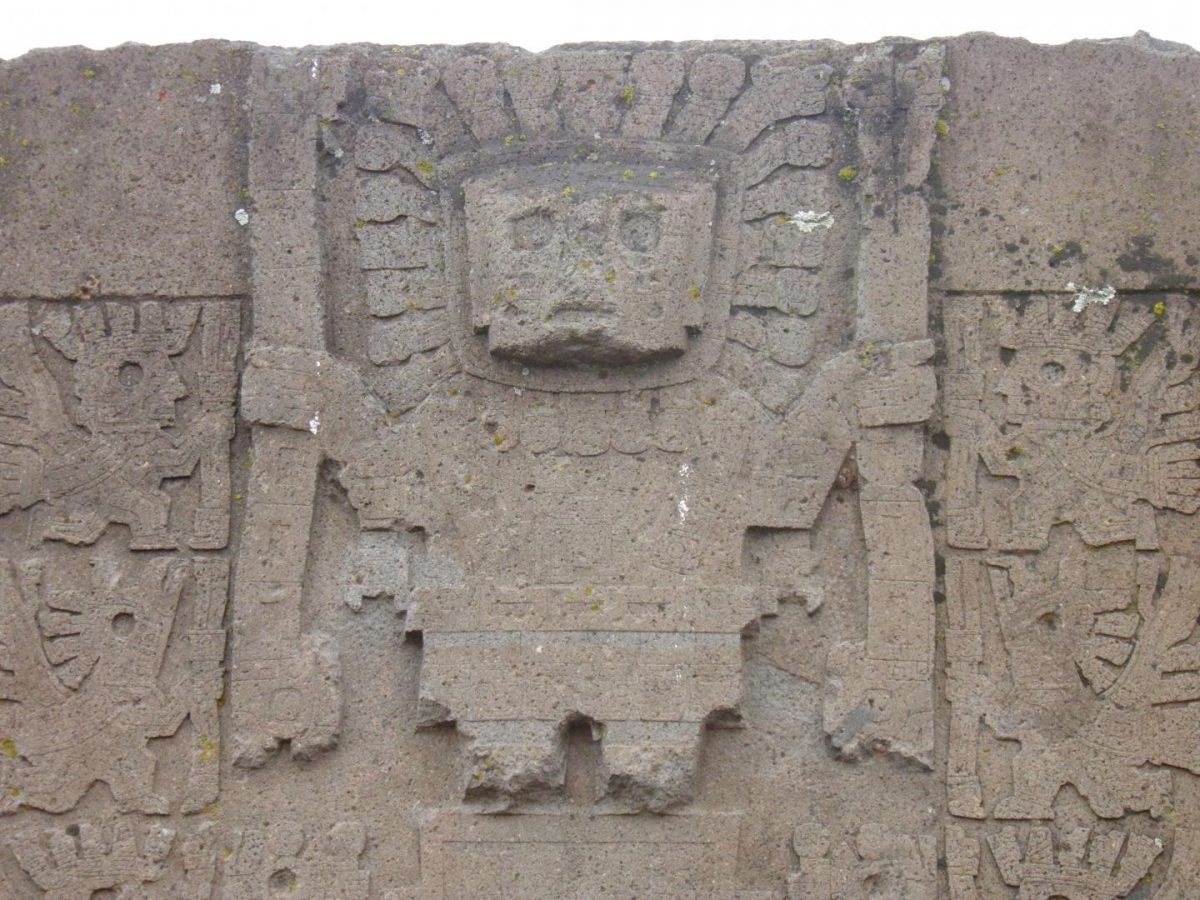 Analysis of data from 89 individuals who lived between 500 and 9,000 years ago

A wide-scale study of the genomic history from pre-Columbian civilisations in the Andes has been conducted by an international team from the Harvard Medical School and University of California.

The research has revealed genetic distinctions between groups in nearby regions, population mixing within and beyond the Andes, surprising genetic continuity amid cultural upheaval, and ancestral cosmopolitanism among some of the region’s most well-known ancient civilizations.

The analysis included representatives of iconic civilizations in the Andes from whom no genome-wide data had been reported before, including the Moche, Nasca, Wari, Tiwanaku and Inca.

“This was a fascinating and unique project,” said Nathan Nakatsuka, first author of the paper and an MD/PhD student in the lab of David Reich in the Blavatnik Institute at HMS.

“This study also takes a major step toward redressing the global imbalance in ancient DNA data,” said Reich, professor of genetics at HMS and associate member of the Broad Institute of MIT and Harvard.

“The great majority of published ancient DNA studies to date have focused on western Eurasia,” he said. “This study in South America allows us to begin to discern at high resolution the detailed history of human movements in this extraordinarily important part of the world.”

Attention on the Andes

The central Andes, surrounding present-day Peru, is one of the few places in the world where farming was invented rather than being adopted from elsewhere and where the earliest presence of complex civilizations in South America has been documented so far. While the region has been a major focus of archaeological research, there had been no systematic characterization with genome-wide ancient DNA until now, the authors said.

Geneticists, including several of the current team members, previously studied the deep genetic history of South America as a whole, including analysis of several individuals from the Andean highlands from many thousands of years ago. There have also been analyses of present-day residents of the Andes and a limited number of mitochondrial or Y-chromosome DNA analyses from individual ancient Andean sites.

The new study, however, expands on these findings to provide a far more comprehensive portrait. Now, Nakatsuka said, researchers are “finally able to see how the genetic structure of the Andes evolved over time.”

By focusing on what is often called pre-Columbian history, the study demonstrates how large ancient DNA studies can reveal more about ancient cultures than studying present-day groups alone, said Reich.

“In the Andes, reconstruction of population history based on DNA analysis of present-day people has been challenging because there has so been much demographic change since contact with Europeans,” Reich explained. “With ancient DNA data, we can carry out a detailed reconstruction of movements of people and how those relate to changes known from the archaeological record.”

The analyses revealed that by 9,000 years ago, groups living in the Andean highlands became genetically distinct from those that eventually came to live along the Pacific coast. The effects of this early differentiation are still seen today.

The genetic fingerprints distinguishing people living in the highlands from those in nearby regions are “remarkably ancient,” said Nakatsuka, who will receive his PhD in systems, synthetic and quantitative biology in May.

“It is extraordinary, given the small geographic distance,” added Reich.

By 5,800 years ago, the population of the north also developed distinct genetic signatures from populations that became prevalent in the south, the team found. Again, these differences can be observed today.

After that time, gene flow occurred among all regions in the Andes, although it dramatically slowed after 2,000 years ago, the team found.

“It is exciting that we were actually able to determine relatively fine-grained population structure in the Andes, allowing us to differentiate between coastal, northern, southern and highland groups as well as individuals living in the Titicaca Basin,” said Fehren-Schmitz.

“This is significant for the archaeology of the Andes and will now allow us to ask more specific questions with regards to local demographies and cultural networks,” said study co-author Jose Capriles of Pennsylvania State University.

The team discovered genetic exchanges both within the Andes and between Andean and non-Andean populations.

Ancient people moved between south Peru and the Argentine plains and between the north Peru coast and the Amazon, largely bypassing the highlands, the researchers found.

Fehren-Schmitz was especially interested to uncover signs of long-range mobility in the Inca period. Specifically, he was surprised to detect ancient North Coast ancestry not only around Cusco, Peru, but also in a child sacrifice from the Argentinian southern Andes.

“This could be seen as genetic evidence for relocations of individuals under Inca rule, a practice we know of from ethnohistorical, historical and archaeological sources,” he said.

Although the findings of genetic intermingling throughout the Andes correlate with known archaeological connections, they will likely prompt additional archaeological research to understand the cultural contexts underlying the migrations, said Nakatsuka.

“Now we have more evidence demonstrating important migrations and some constraints on when they happened, but further work needs to be done to know why exactly these migrations occurred,” he said.

The analyses revealed that multiple regions maintained genetic continuity over the past 2,000 years despite clear cultural transformations.

The finding contrasts with many other world regions, where ancient DNA studies often document substantial genetic turnover during this period, said Reich.

The population structures that arose early on persisted through major social changes and on into modern societies, the authors said. The discoveries offer new evidence that can be incorporated alongside archaeological and other records to inform theories on the ancient history of different groups in the region.

“To our surprise, we observed strong genetic continuity during the rise and fall of many of the large-scale Andean cultures, such as the Moche, Wari and Nasca,” said Nakatsuka. “Our results suggest that the fall of these cultures was not due to massive migration into the region, e.g., from an invading military force, a scenario which had been documented in some other regions of the world.”

Two exceptions to the continuity trend were the vast urban centers that the Tiwanaku and Inca cultures called home. Rather than being fairly genetically homogeneous, the capital regions of these civilizations were cosmopolitan, hosting people from many genetic backgrounds, the team found.

“It was interesting to start to see these glimpses of ancestral heterogeneity,” said Nakatsuka. “These regions have some similarity to what we see now in places like New York City and other major cities where people of very different ancestries are living side by side.”

The study included authors from many disciplines and many countries, including Argentina, Australia, Bolivia, Chile, Germany, Peru, the United Kingdom and the United States.

“This is an impressive interdisciplinary but, just as importantly, international collaboration,” said study co-author Bastien Llamas of the University of Adelaide. “All worked very closely to draft this manuscript under the leadership of Fehren-Schmitz and Reich.”

It was important to team up with local scientists who belong to communities that descend from the individuals analyzed in the study, Fehren-Schmitz said, and to obtain permission from and continually engage with indigenous and other local groups as well as local governments.

The analysis of DNA from ancient individuals can have significant implications for present-day communities. One concerns the physical handling of the skeletal materials, which might be sensitive to the groups involved.

The work provided opportunities to heal past wounds. In one case, a sample from Cusco, previously housed in the U.S., was repatriated to Peru. Other remains that had long ago been taken improperly from burial sites were able to be carbon-dated and reburied.

In the absence of pre-Columbian written histories, archaeology has been the main source of information available to reconstruct the complex history of the continent, said study co-author Chiara Barbieri of the University of Zurich.

“With the study of ancient DNA, we can read the demographic history of ancient groups and understand how ancient and present-day groups are related,” she said. “The link with the genetic study of living populations opens a direct dialogue with the past and an occasion to involve local communities.”

The researchers sought to deeply involve communities with the help of archaeologists from each area, said Nakatsuka. Their efforts included giving public talks about the study and translating materials into Spanish.

“We were really happy to have the summary and key findings of our paper translated and included as part of the Cell paper itself, to increase accessibility of our work,” said Nakatsuka. “We hope future studies will do similar translations, including versions suitable for lay audiences for schools, museum exhibits and cultural organizations, which we are in the process of doing as well.”