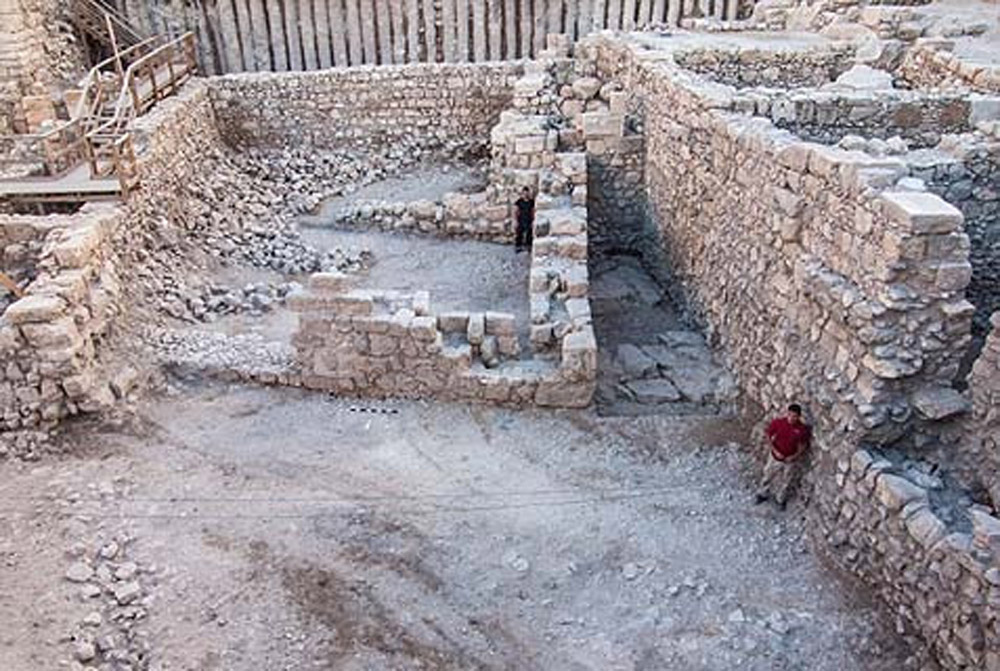 Hasmonean Building Uncovered in the City of David

The remains of a massive structure from the Hasmonean period (2nd century BC) have been uncovered during excavations conducted by the Israel Antiquities Authority in the Giv‘ati site, located in the City of David, near the walls surrounding the Old City of Jerusalem in Israel.

According to local newspaper Jewish Press, the building stands 12 ft. high and covers an area of 690 sq.ft. The building’s broad walls, more than 3 ft. thick, are made of roughly hewn limestone blocks that were arranged as headers and stretchers, a construction method characteristic of the Hasmonean period. Among the portable finds researchers count pottery sherds and a number of coins dating from the early 2nd century BC and through the Hasmonaean period.

“Apart from several remains of the city’s fortifications that were discovered in different parts of Jerusalem, as well as pottery and other small finds, none of the Hasmonean city’s buildings have been uncovered so far, and this discovery bridges a certain gap in Jerusalem’s historical sequence. The Hasmonean city, which is well-known to us from the historical descriptions that appear in the works of Josephus, has suddenly acquired tangible expression.”, report Israel Antiquities Authority archaeologists Dr. Doron Ben Ami and Yana Tchekhanovets, who conduct the dig, explaining that the importance of this discovery is primarily because of the conspicuous paucity of buildings from the Hasmonean city of Jerusalem in archaeological research, despite the many excavations that have been conducted so far.