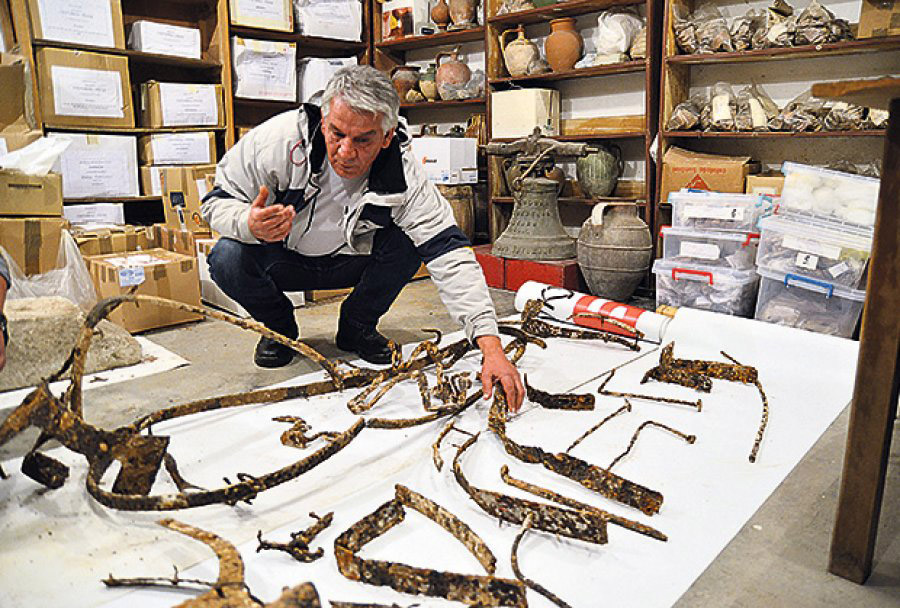 Said to belong to a Thracian nobleman

A two-horse chariot estimated to be between 3,000 and 4,000 years old has been located in the city of Pirot, Serbia.

The find occured during protective archaeological works, carried out in parallel with the construction of a highway known as Corridor 10, planned to run from Austria to Greece and through Slovenia, Croatia, Serbia and FYROM.

The chariot’s remains were located by archaeologist Zoran Mitic, who estimates its age between 3,000 and 4,000 years old, while he ascribes it to a member of a Thracian tribe.

“This is a chariot, drawn by two horses. My assumption is that the chariot belonged to a Thracian citizen,” Mitic told Tanjug.

He said that this is backed by the fact that, at the location where the chariot was found, was also found a tumulus – a tomb.

“Judging by the manner of burial, I guess that it was a member of Thracian people, not ordinary, but someone who occupied an important place in the hierarchy, due to the fact that the chariot is decorated with beautiful bronze applications,” he said.