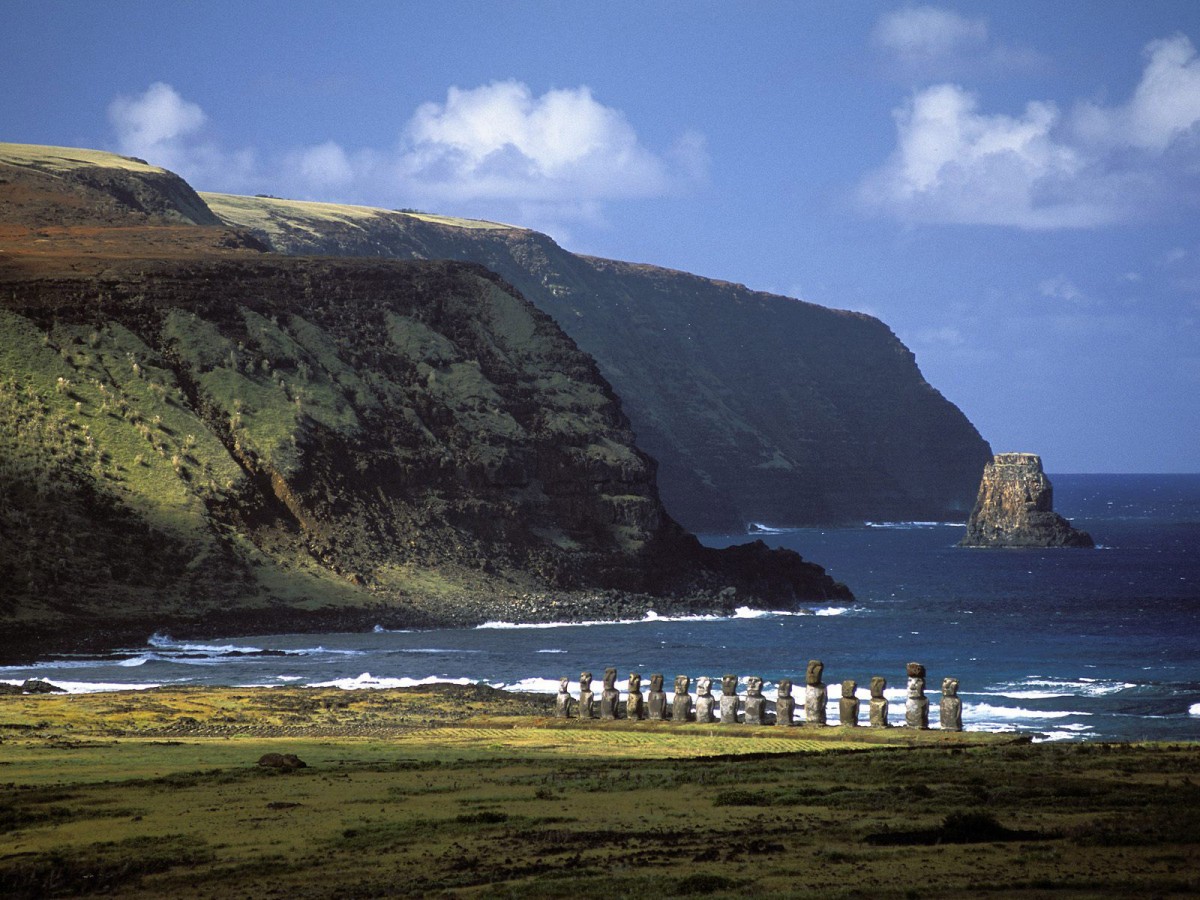 An alternative explanation of the Easter Island mystery

Easter Island is a small 63-square-mile patch of land — more than a thousand miles from the next inhabited spot in the Pacific Ocean. Around A.D. 1200, a small group of Polynesians arrived on the (then) tree-covered island and began to farm. Practicing slash-and-burn agriculture, they burned down woods, opened spaces, learned how to carve the now famous Moai statues and began to multiply. Pretty soon the island had too many people, too many statues, too few trees, and then, in only a few generations, the entire (as estimated) 16 millions of trees had gone. When Captain James Cook visited the island (1774), his crew counted roughly 700 islanders, living marginal lives, their canoes reduced to patched fragments of driftwood and the Moai statues they had managed to carve facing inlands or toppled down, as if in defeat. The Easter Island story has been promoted as a case study of a disaster as a consequence of environmental abuse.

This is the generally accepted theory concerning the past of Rapa Nui, known widely as the Easter Island. Now, anthropologists Terry Hunt and Carl Lipo, from the University of Hawaii promote a new theory suggesting that “what happened to the people on Easter Island “is an unlikely story of success.”

In their book “The Statues that Walked”, the two anthropologists suggest that fossil hunters and paleobotanists have found no hard evidence that the first Polynesian settlers set fire to the forest to clear land — what’s called “large scale prehistoric farming.” The trees did die, no question. But instead of fire, Hunt and Lipo blame rats. Polynesian rats (Rattus exulans) stowed away on those canoes, Hunt and Lipo say, and once they landed, with no enemies and lots of palm roots to eat, they went on a binge, eating and destroying tree after tree, and multiplying at a furious rate. As the trees went, so did 20 other forest plants, six land birds and several sea birds. So there was definitely less choice in food, a much narrower diet.

Yet people continued to live on Easter Island, and food, it seems, was not their big problem. Through ancient garbage heaps found on the Island, archaeologists claim that rats were actually eaten by the people, who used them as a meat substitute.

Another reseacher, J.B. MacKinnon supports that the islanders also managed to enrich the Island’s soil, which was arid and poor. As stated in his new book “The Once and Future World”, they took stones, broke them into bits, and scattered them onto open fields creating an uneven surface. When wind blew in off the sea, the bumpy rocks produced more turbulent airflow, releasing mineral nutrients in the rock, which gave the soil just enough of a nutrient boost to support basic vegetables. One tenth of the island had these scattered rock “gardens,” and they produced enough food, “to sustain a population density similar to places like Oklahoma, Colorado, Sweden and New Zealand today”. According to MacKinnon, scientists say that Easter Island skeletons from that time show “less malnutrition than people in Europe”. When a Dutch explorer, Jacob Roggevin, happened by in 1722, he wrote that islanders didn’t ask for food. They wanted European hats instead. And, of course, starving folks typically don’t have the time or energy to carve and shove 70-ton statues around their island.

In all of the above, Hunt and Lipo see a success story. Clans and families on Easter Island didn’t fall apart. It’s true, they state, the island became desolate, emptier. The ecosystem was severely compromised. Yet, say the anthropologists, Easter Islanders didn’t disappear. They adjusted. They had no lumber to build canoes to go deep-sea fishing. They had fewer birds to hunt. They didn’t have coconuts. But they kept going on rat meat and small helpings of vegetables. They made do.