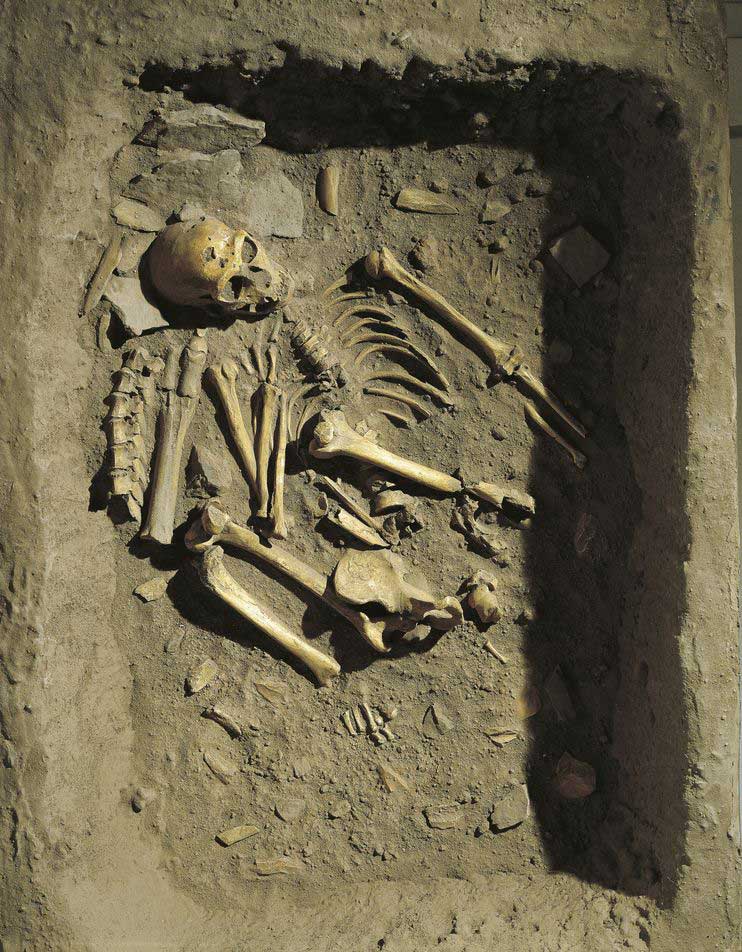 Neandertals did bury their dead

Neanderthals buried their dead, a new research of remains discovered in southwestern France concludes. In particular, the findings of an international team of archaeologists who have been studying previously discovered Neandertal remains in the site of La Chapelle-aux-Saints for 13 years, attest the existence of West European Neandertal burial and of the Neandertal cognitive capacity to produce it.

For many years, scholars have questioned the existence of burial in Western Europe prior to the arrival of modern humans. Therefore, an approach combining a global field recovery and the reexamination of the previously discovered Neandertal remains has been undertaken in the site of southwestern France, where the hypothesis of a Neandertal burial was raised for the first time.

“This discovery not only confirms the existence of Neanderthal burials in Western Europe, but also reveals a relatively sophisticated cognitive capacity to produce them,” explains William Rendu, the study’s lead author and a researcher at the Center for International Research in the Humanities and Social Sciences (CIRHUS) in New York City.

Beginning in 1999, Rendu and his collaborators, including researchers from the PACEA laboratory of the University of Bordeaux and Archéosphère, a private research firm, began excavating seven other caves in the area.

This project has concluded that the Neandertal of La Chapelle-aux-Saints was deposit in a pit dug by other members of its group and protected by a rapid covering from any disturbance.

The conclusions of the 13-year study appear in the journal Proceedings of the National Academy of Sciences. The abstract of the paper reads: “The bouffia Bonneval at La Chapelle-aux-Saints is well known for the discovery of the first secure Neandertal burial in the early 20th century. However, the intentionality of the burial remains an issue of some debate. Here, we present the results of a 12-year fieldwork project, along with a taphonomic analysis of the human remains, designed to assess the funerary context of the La Chapelle-aux-Saints Neandertal. We have established the anthropogenic nature of the burial pit and underlined the taphonomic evidence of a rapid burial of the body. These multiple lines of evidence support the hypothesis of an intentional burial. Finally, the discovery of skeletal elements belonging to the original La Chapelle aux Saints 1 individual, two additional young individuals, and a second adult in the bouffia Bonneval highlights a more complex site-formation history than previously proposed”.