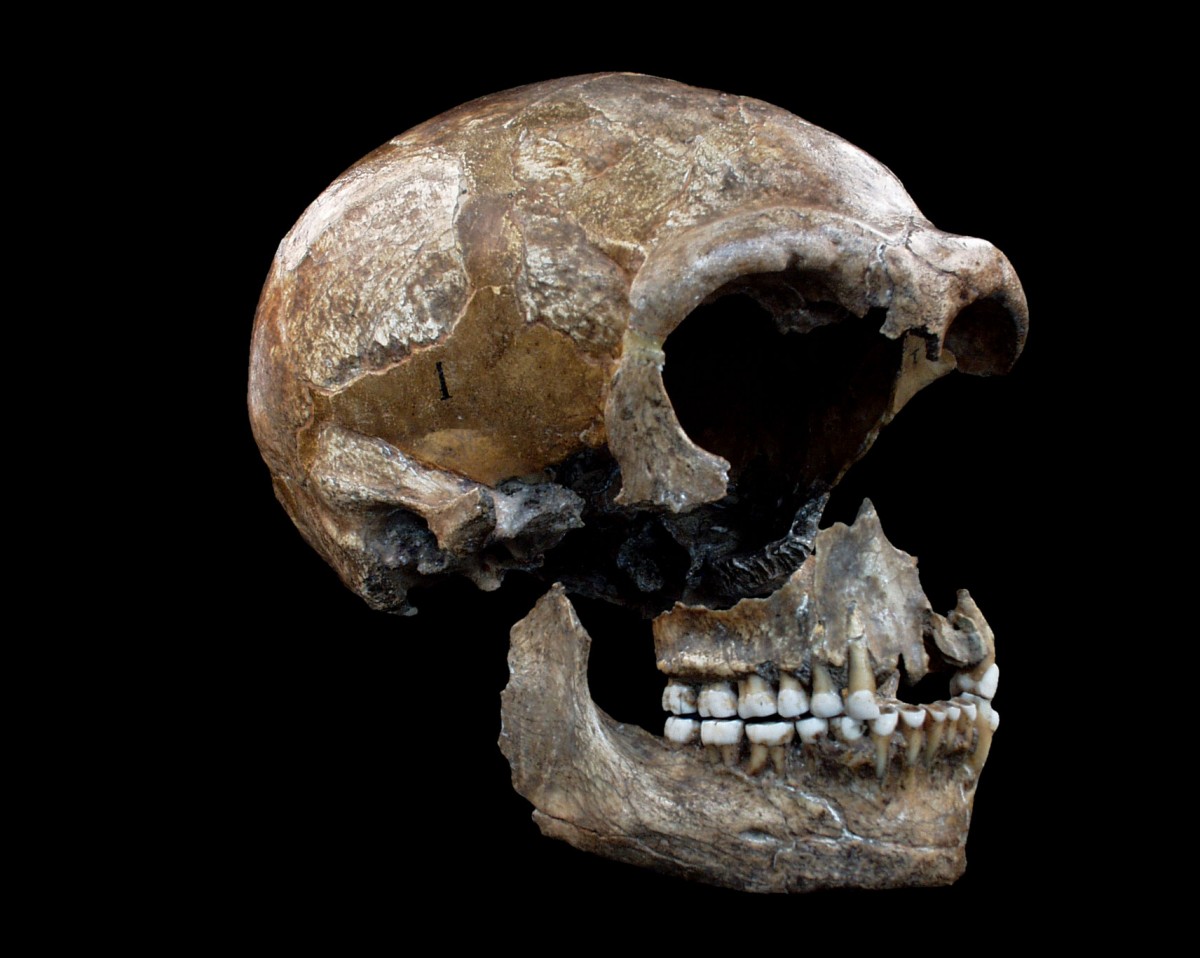 The Neanderthals were 20 percent vegetarian

Scientists from the Senckenberg Center for Human Evolution and Palaeoenvironment (HEP) in Tübingen have studied the Neanderthals’ diet. Based on the isotope composition in the collagen from the prehistoric humans’ bones, they were able to show that, while the Neanderthals’ diet consisted primarily of large plant eaters such at mammoths and rhinoceroses, it also included vegetarian food. The associated studies were recently published in the scientific journals “Journal of Human Evolution” and “Quaternary International.”

The paleo-diet is one of the new trends among nutrition-conscious people – but what exactly did the meal plan of our extinct ancestors include? “We have taken a detailed look at the Neanderthals’ diet,” explains Professor Dr. Hervé Bocherens of the Senckenberg Center for Human Evolution and Palaeoenvironment at the University of Tübingen, and he continues, “In the process, we were able to determine that the extinct relatives of today’s humans primarily fed on large herbivorous mammals such as mammoths and woolly rhinoceroses.”

The two excavation sites in Belgium that were examined offered the international team of scientists led by the biogeologist from Tübingen a vast array of 45,000 to 40,000 year-old bones of mammoths, woolly rhinoceroses, wild horses, reindeer, European bison, cave hyenas, bears and lions as well as the remains of wolves. The immediate vicinity also revealed the bones of several Neanderthals. Based on isotope studies of the collagen in the bones, the researchers were able to demonstrate that the Neanderthals’ diet differed markedly from that of other predatory animals. Collagen is an essential organic component of the connective tissue in bones, teeth, cartilage, tendons, ligaments and the skin.

“Previously, it was assumed that the Neanderthals utilized the same food sources as their animal neighbors,” explains Bocherens, and he adds, “However, our results show that all predators occupy a very specific niche, preferring smaller prey as a rule, such as reindeer, wild horses or steppe bison, while the Neanderthals primarily specialized on the large plant-eaters such as mammoths and woolly rhinoceroses.”

But our extinct relatives did not solely thrive on meat: Studies of the isotope composition of individual amino acids in the collagen offer proof that plant matter constituted approximately 20 percent of their diet. In scientific circles, this evolution-biologically relevant question has been discussed intensively for decades, albeit without leading to any tangible results.

“In this study, we were able for the first time to quantitatively determine the proportion of vegetarian food in the diet of the late Neanderthals. Similar results were found for more recent Stone Age humans,” adds Bocherens.

Among others, the scientists from Tübingen hope that their studies will lead to a clearer understanding of what caused the Neanderthals’ extinction around 40,000 years ago. “We are accumulating more and more evidence that diet was not a decisive factor in why the Neanderthals had to make room for modern humans,” says Bocherens in summary.