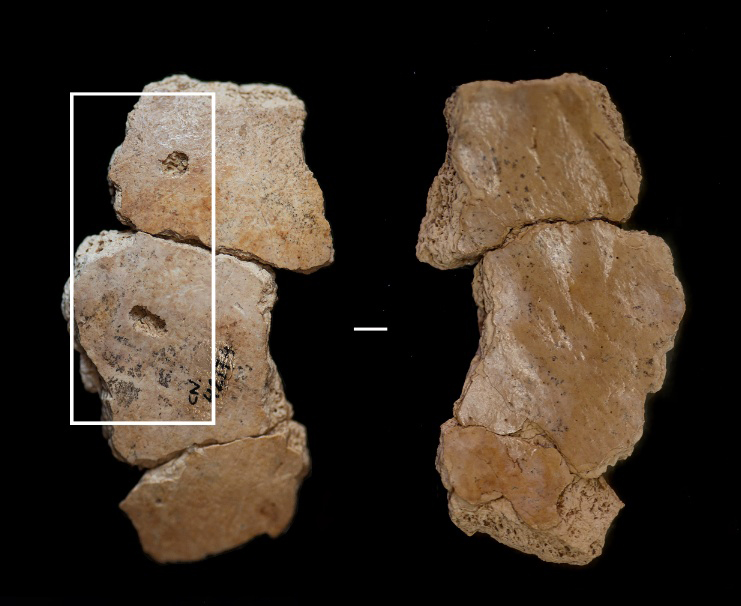 Neanderthals were attacked by large carnivores

When speaking of Neanderthals one of the qualities attributed to them is that they were very good hunters, but now it has been proven that they were also victims of the attacks of large carnivores. This is revealed in a paper* led by IPHES (Institut Català de Paleoecologia Humana i Evolució Social) published in Archaeological and Anthropological Sciences. Three members of this institution have contributed to the research: Edgard Camarós (first author), Carlos Lorenzo and Florent Rivals.

The authors base their conclusion on a methodological study of 140 current forensic case reports from all around the world whose patients and victims presented traumatisms caused by carnivores such as lions, tigers, bears and leopards, among others. “We have compared the forensic reports with the Neanderthal fossil record. Current traumatology is similar to that one found in Pleistocene hominids. Same pattern is observed and therefore we infer that Neanderthals were also attacked by large carnivores”, says Edgard Camarós. In this sense, a particular example is discussed as a proof of concept in the paper, the case of the remains of a neanderthal child found in Cova Negra (Valencia, Spain), with marks of a large carnivore on the skull.” This remarks the importance that predation has on human evolution, and the strong pressure that existed between neanderthals and large carnivores during Prehistory”, adds Edgard Camarós.

But the research goes further, forensic medicine can benefit from this research because it is now possible to identify an offending carnivore involved in a human attack due to the traumatic pattern present in a body. “And this is something that forensic science needed”, says Edgard Camarós. In addition, he remarks: “The use of forensic medicine to explain the past provides useful information and provides new approaches between sciences and transfer of knowledge”.