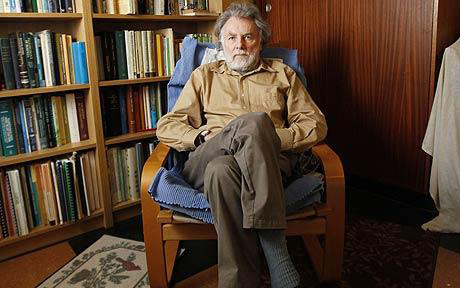 Three years ago, an archaeology professor exposed a situation.

To downgrade or not to downgrade? This is the question for a number of academics teaching in UK universities who feel that their attempts to be true to their students regarding the latter’s academic potential falls victim to an educational system where a University’s quality is based on high enrollment and graduation rates as well as low drop-out rates.

It is generally understood that dropping out of an educational course is highly linked with low potential for success. And the most common way to measure potential of success is marking.  As a low degree of understanding course material on behalf of the student is reflecting on low marks, downgrading leads to dropping out. And in a system where students’ tuition fees is an important source of income for universities, massive dropping out could mean financial disaster. The solution? Preventing downgrading. The ways to achieve it? Numerous and under the carpet.

This is what was highlighted by the 2010 case of Professor Paul Buckland, formerly of Bournemouth University, who won a three-year legal battle against the University, over the latter’s attempts to upgrade students he had downgraded without his consent and even his knowledge. The battle ruined him career-wise and financially.

In 2006, Prof. Buckland, an archaeologists, failed 18 out of the 60 papers he marked. The University overuled his professional judgment on the standard of his students’ work and increased their scores. As reported in the Telegraph, the department decided to remark the papers the professor had failed – 14 after students had resat – even though a second marker endorsed his scores, as did the external examiner. On the basis of this fourth assessment, scores were increased by up to six percentage points, moving several students from a clear fail to a pass.

“The papers were farmed out to someone who didn’t have the necessary expertise and it was all done behind my back. It makes a mockery of the entire system if the relevant expert in the field is not allowed to return the marks. We get students who have to work damned hard to get their degree. Then there are students who just drift through, spend most of their times in bars, being given the same degree. It’s an insult to the people who have worked hard”, he told the newspaper.

In 2010, a decision by the Court of Appeal marked the end of his ordeal, by acknowledging that the University raised the grades of weak students without Buckland’s knowledge, and that his resignation, when it refused to reinstate his marks, amounted to constructive dismissal. Bournemouth University decided not to appeal against the Court of Appeal ruling. In a statement, it said that the case was a matter of employment law and not a matter of academic standards.

The case was enough to highlight a number of cases where academic lecturers had been pressurized by their universities in similar ways and for similar reasons. The cases reveal staff under pressure to bump up results and ignore rampant plagiarism by students. If the pass rate is too low, lecturers are questioned by university examination boards, regardless of a student’s attendance or the amount of work they put in. Any academic who sticks his head above the parapet to complain faces the wrath of university authorities.

A poll of 500 dons found that 77 per cent felt coerced in to awarding inflated marks. Two thirds felt that the increase in first-class and upper-second degrees was not a sign of improving standards, and more than half said that reports that universities were dumbing down “were not overstated”.

But who is to blame? The students, the system or the teaching?

Many academics blame the education students receive at secondary school and easy exams. The argument is familiar – exams are getting easier and a narrower curriculum is failing to teach content which is crucial to further study. A system based on the number of top marks one has makes the situation worse, as lecturers are forced to award at least one top mark even in cases they feel this is impossible.

A 2009 report that and raised a few eyebrows -especially on behalf of the local Quality Assurance Agency-, said the system for checking university standards in Britain was “out of date, inconsistent and should be replaced”.

Still, blaming someone or not, everybody seems to move around the problem rather than targeting in solving it. Almost four years on, how to solve a problem like poorly educated students still remains. Would’ t better teaching be a solution?