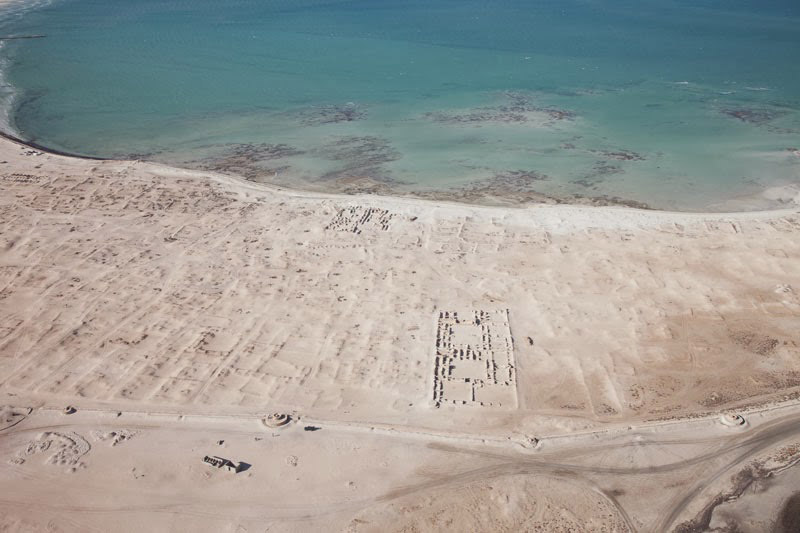 Members of the government and the local élite at the Emirate of Qatar gathered to officially launch the Al Zubarah Archeological Site.

A historic coastal town now abandoned, Al Zubarah site lies on Qatar’s northwest coast 85km from Qatar’s capital Doha. Founded in the 18th century, the town developed into a centre of the pearling and international trade and rose to become the country’s largest and most important settlement. Its success attracted the attention of other Gulf powers, and after several attacks the town was eventually burned to the ground in 1811. It never fully recovered and was abandoned by the mid-20th century.

Al Zubarah was first reported as an archaeological site by a Danish-led team of archaeologists in the 1950s, and then excavated by Danish and Qatari teams. As a result of the studies conducted at the site, a large number of archaeological finds from the 18th-19th centuries are now part of the National Museum of Qatar’s permanent collection, and will be featured in the galleries when the museum opens in its new premises.

As a site, Al Zubarah covers an area of 60 hectares with remains of houses, mosques, large fortified buildings and a market and it is considered as one of the largest and best preserved examples of an 18th-9th century traditional pearl fishing and merchant town in the Gulf. As such, it is now included in the UNESCO World Heritage List, also becoming the first Qatari site to enter the prestigious monument catalogue.

During the official launching ceremony, held last Thursday, a plaque signifying  Al Zubarah’s new status was unveiled while a large number of people visited the site over the weekend. The public had the opportunity to visit the site and its new visitor centre -situated within five rooms of Al Zubarah Fort and featuring rotating photo exhibitions describing the site’s excavation history and natural elements. A temporary exhibition, featuring objects from Al Zubarah and other sites in the North of Qatar, focusing on themes of sea faring, pearl diving, trade and defence, is on display in a portacabin outside the fort.