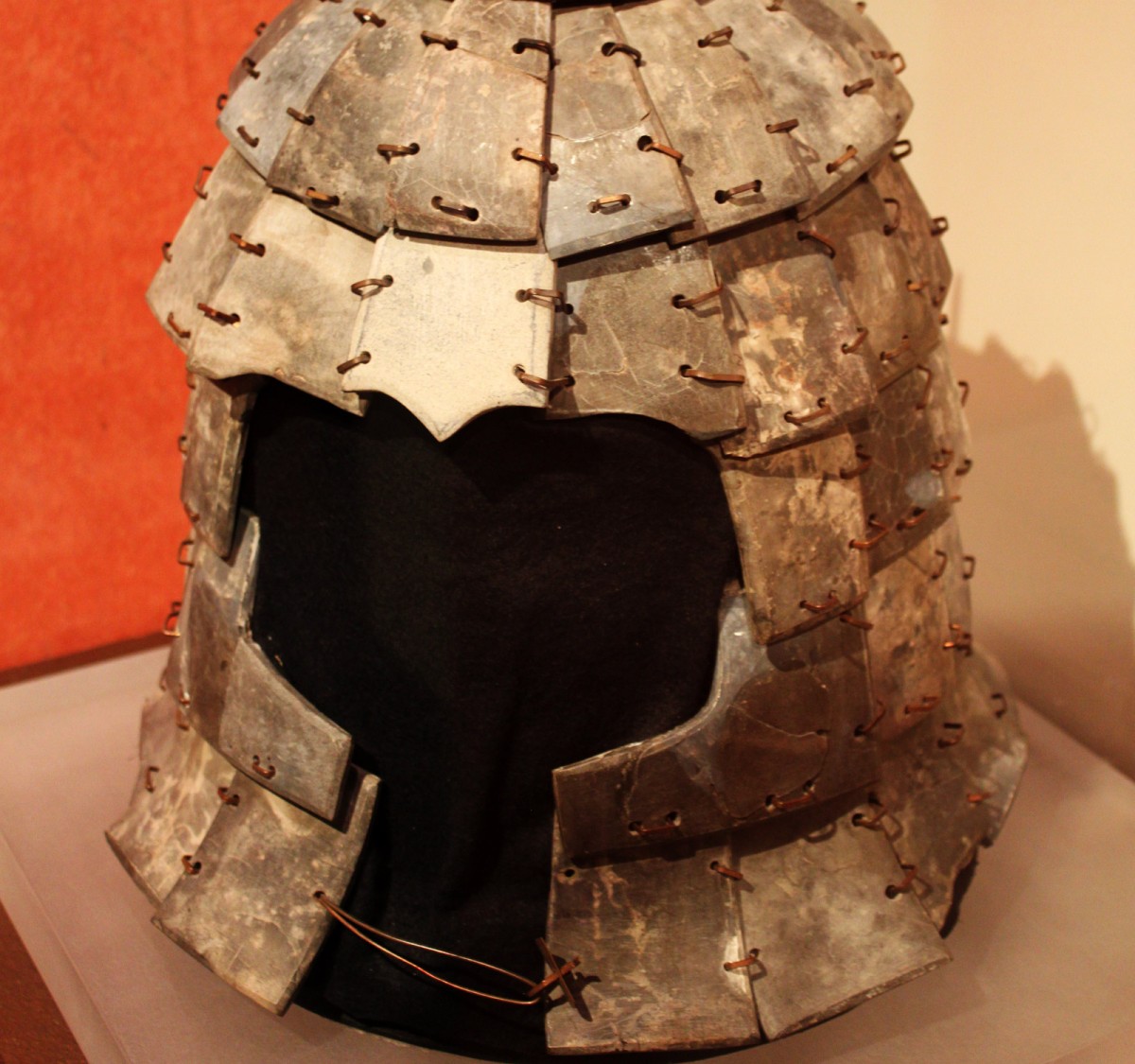 Armor for the Emperor’s Army

Stone helmets and armor for both soldiers and horses discovered at the mausoleum of Emperor Qin, near the Teracotta Army

Stone helmets and armor for both soldiers and horses have been discovered at the mausoleum of Emperor Qin, some 35 kilometers from Xi’an in Northwest China’s Shaanxi Province.

According to a report by China Central Television (CCTV), several helmets and armor had been unearthed from the site, which spreads withinh an area of 13,000-square-meters, at the mausoleum of China’s first emperor. Stone plates that made up armor were burnished with a consistent size and thickness, while the plates were subtly connected with bronze wires to ensure flexibility in battle. And although armor had been developed as early as the Qin Dynasty, according to historical records, this is the first time that Qin armor was excavated.

According to the CCTV report, archeologists predict that more than 6,000 sets of helmets and armor are buried under site K9801, which has recently been excavated, almost the same number as the Terracotta Warriors unearthed in the mausoleum’s Pit 1, which opened to visitors in 1979.

“The arsenal was built merely to be buried with Emperor Qin. This armor cannot be real as it can be broken easily with a stick,” Duan Qingbo, vice president of the School of Cultural Heritage at Northwest University in Xi’an, told the Global Times, noting that it took an enormous amount of manual labor to make the armor.

15 years ago, Duan was involved in an excavation near Emperor Qin’s mausoleum. During that dig, uncovered armor and military equipment, such as bronze carts and arrows, was unearthed. However, the excavation was stopped due to its small academic value and the potential damage to the site.

Qin’s mausoleum is predicted by archeologists to be a huge underground arsenal, is now under preliminary excavation expected to lead to a major archeological discovery that would help the world to learn more about the history of the Qin Dynasty (221BC-206BC).

Emperor Qin, or Qin Shihuang, first unified the Chinese territory in a centralized state as an absolute monarch in 221BC, and founded the Qin Dynasty.

About 700,000 workers toiled unceasingly until the emperor’s death to construct his mausoleum, which has been inscribed in the UNESCO World Heritage List.

The most famous discovery from the mausoleum was the life-sized terracotta statues of warriors in 1974. Given that helmets were buried with Emperor Qin, archeologists found it bewildering that none of the Terracotta Warriors were found equipped with helmets.

Speculation that real-life soldiers were brave enough to not need helmets was disproved.

The grave was found to have been burned down once historically. Archeologists believe that the fire occurred at the end of the Qin Dynasty when peasant rebellions against the violent reign of Qin were concentrated, but the specific reason for the fire remains unsolved, said the report.