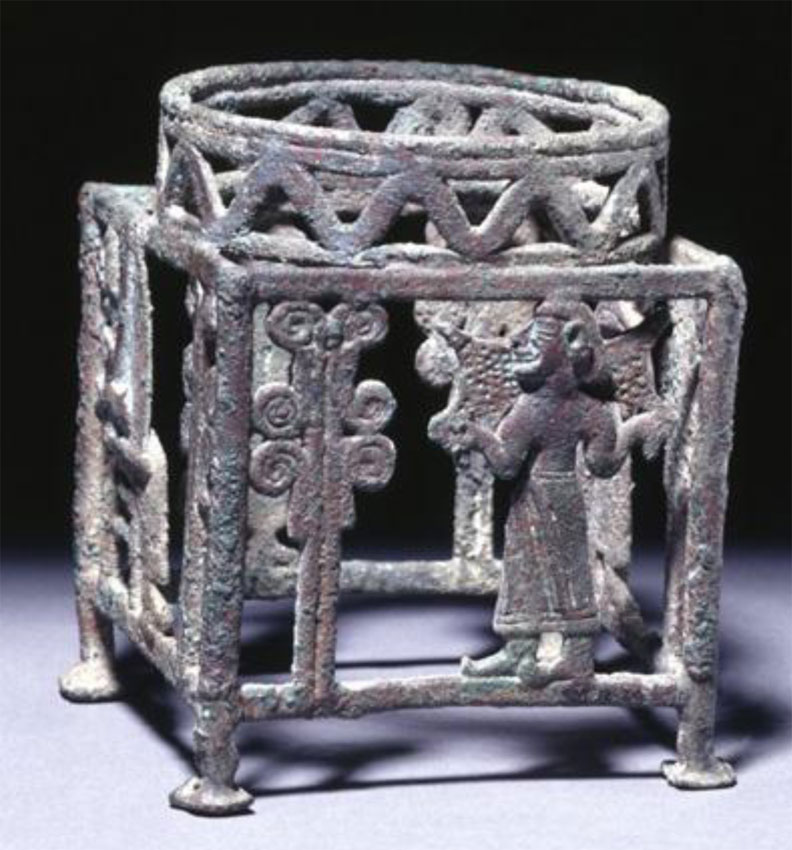 The production and trade of Cypriot copper in the Bronze Age

Today, Monday 13th January 2014, Professor Vasiliki Kassianidou (University of Cyprus – Archaeological Research Unit) will give a lecture upon “The production and trade of Cypriot copper in the Bronze Age. New evidence”, at the Museum of Cycladic Art, as part of the public talks series “Cyprus Seminar: Recent developments in the archaeology of the Eastern Mediterranean”, launched by the Museum.

As Professor V. Kassianidou will discuss in her lecture, “within the Troodos foothills, in the geological formation known as the “Pillow Lavas” there are rich copper ore deposits, because of which Cyprus is even today considered to be one of the richest countries in copper per surface area in the world. Troodos’ mineral wealth and rich forests enabled the island to play a leading role in the metals’ trade of the Bronze Age. Recent excavations and studies have shown that the production of copper on the island begins at the end of the 3rd millennium BC and  slightly later, at the beginning of the 2nd millennium BC, Cyprus begins to export  the metal.

“Cyprus’ ability to satisfy the demands of its neighbours in copper is illuminated by ancient texts and by recent archaeological discoveries. Texts dating to the 18th c. BC from Syrian sites mention copper coming from a country by the name of Alashiya, which most scholars identify with Cyprus.

“The production and export of copper intensify greatly in the Late Bronze Age (1600-1050 BC). The letters of the king of Alashiya to the pharaoh of Egypt that have been found in the archive of Amarna and date to the 14th century BC, state that a total of 26 tons of copper was shipped to Egypt in a period that does not exceed thirty years. A similar situation is echoed in the cargo of two ships which sank off the SW coast of Anatolia. One of them, the ship that sank at Uluburun at the end of the 14th century BC, was carrying 10 tons of copper, which according to Lead Isotope Analysis is consistent with a Cypriot provenance”.

The aim of this lecture, according to the professor, “is to present the latest results of research in the field, in the lab but also in the library, which enable us to begin to understand the technology and the organization of the production and trade of this valuable good, which enabled the king of a small and otherwise unimportant island to address the great pharaoh of Egypt as “brother””.