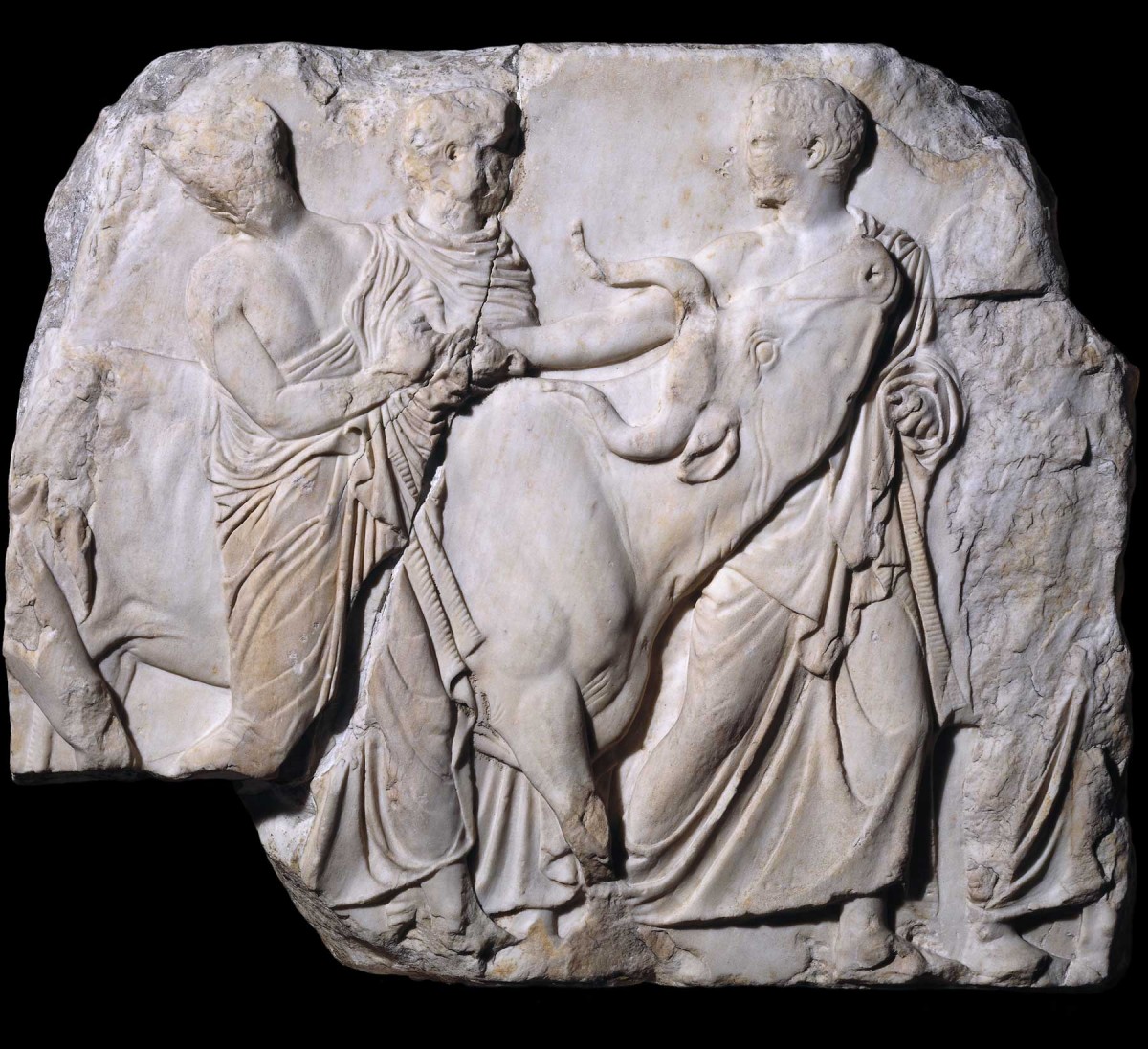 Bouphonia: Killing Cattle on the Acropolis

Jeremy McInerney (Whitehead Professor, ASCSA; Davidson Kennedy Professor, University of Pennsylvania) will give a lecture at the ASCSA, titled “Bouphonia: Killing Cattle on the Acropolis.”

According to Professor McInerney “this paper re-examines the Athenian Bouphonia festival. The first section analyses the aition of the ritual and demonstrates that the Dipolieia festival served to define the difference between murder (illegitimate) and sacrifice (legitimate). Unlike a regular sacrifice, a thusia, this is called an “ox slaughter”, bouphonia, using the word for murder, and this sacrificer is not a thytes or mageiros but a boutypos, an “ox-striker.” Further, unlike regular sacrifice, with its methodically prescribed action, it unfolds within the realm of the unexpected: the animal is coming home from the fields, not being led to sacrifice. It nibbles on first-fruits already there for a sacrifice, and is not sprinkled with flour to get it to nod, and the killing is emphatically an act done in haste. The Bouphonia paradoxically recalls a murder, but does so in order to distinguish it from ‘acceptable’ murder: sacrifice.

“Building on this, the second part of the argument concerns the precise spot on the Acropolis where the Bouphonia took place. I propose that the cuttings associated with the Zeus Polieus sanctuary are consistent not with a barn but with chutes designed to lead the cattle to a place for slaughter. This abattoir could be used both for the Dipoleia festival but also for the many cattle butchered at the time of the Panathenaia. Dressed bedrock, identified by Stevens as the foundation of a later structure housing Zeus’ ox, are not foundations at all, but shallow trenches designed for cleaning out the blood and gore that were the by-products of sacrifice. The location of the Bouphonia may in fact be the Athenian version of a spot mentioned in Linear B tablets: Sphagianes, ‘the Place of Slaughter’. If so, it is one of the most venerable spots in Athenian sacred topography”.