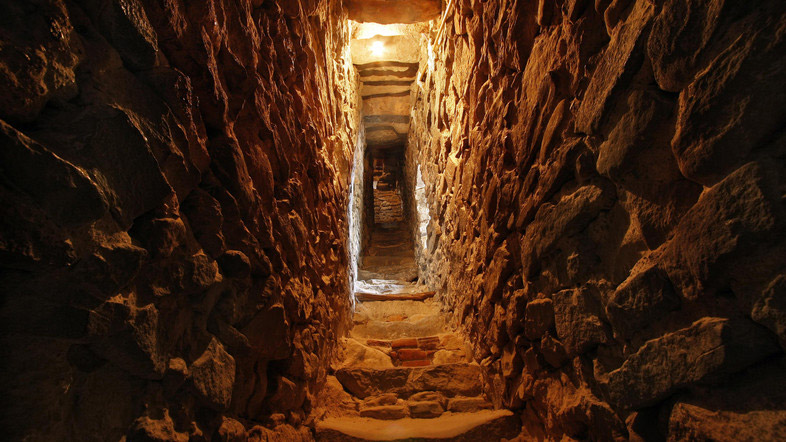 2,300-year-old dungeons used for execution and torturing have been discovered during archaeological excavations carried out in Bursa, Turkey.

Archaeologists discovered that in the dungeons, which contain a “bloody well” and a torture chamber used horrific execution methods.

Uludağ University Faculty of Science and Literature History of Art Department member İbrahim Yılmaz, who was on the excavation team, said the discovery took place in the framework of a current restoration project to reveal Bursa city walls, implemented by the Bursa Municipality.

Speaking of the dungeons, Yilmaz says: “Over these dungeons were houses were people were living. Considering that there were dungeons or dungeon remains might be there, we expropriated these buildings. After the houses were demolished, scientific excavations revealed remains of Bursa dungeons”

According to Yilmaz, a great deal of spatial features of the Bithynia Kingdom defensive architecture are visible in the dungeons, which had access to other parts of the fortifications, such as a tower, through a number of corridors.

“These dungeons here include a ‘bloody well,’ ‘torture chamber’ and ‘corridors connected to tower’”, he explains.”Hangmen, who were deaf and mute, used to cut off the heads of prisoners here in the bloody well. While the head was falling into the well, the rest of the body was given to their relatives or left to the stream. There are also rumors that hangmen were selling dead bodies to families for a price. We discovered all of these things, proposed a project and it was approved. ”

Bursa’s dungeons are to develop into an open-air museum, where torture tools will also be displayed. So far, a large part of the 3,400-meter-long walls had been revealed at the sites of Taht-ı Kale, Yer Kapı, Saltanat Kapısı, Kaplıca Kapı and Zindan Kapı.