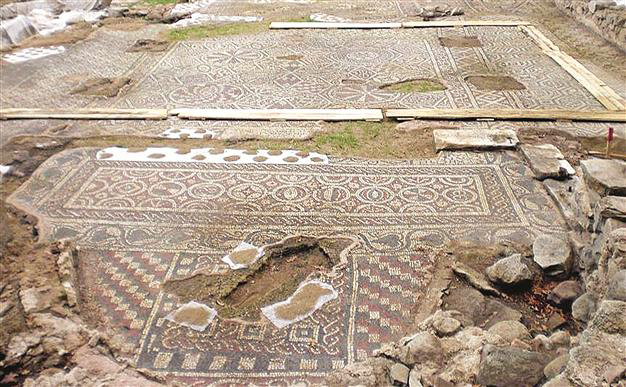 Excavations will start in July

Sahabettin Harput, local governor of the Turkish city Bursa (Greek Prousa) announced the excavations at the area where a 1500-year-old Byzantine basilica was discovered will start in July.

Harput, who was investigating the area where the historical basilica was found in the Derecik Village of the Büyükorhan neighborhood, gathered information from the authorities. The basilica was used for worship in the early years of Christianity.

After Roman Emperor Constantine converted to Christianity, many buildings in settlements of the area turned into places of worship. One of these buildings, the basilica being excavated, later became one of the most important stations on the pilgrimage to Mecca.

After the excavation work are completed, a new museum will be erected, to host the finds. “We have found many pieces of heritage in this area around İznik, which is one of the cities where Christianity took the shape it has today,” according to Harput.

Bursa has a history of 8,000 years. The excavations and studies for the basilica are continuing with the collaboration of the Bursa Governor’s Office, foreign authorities, academics, and the Culture Ministry.