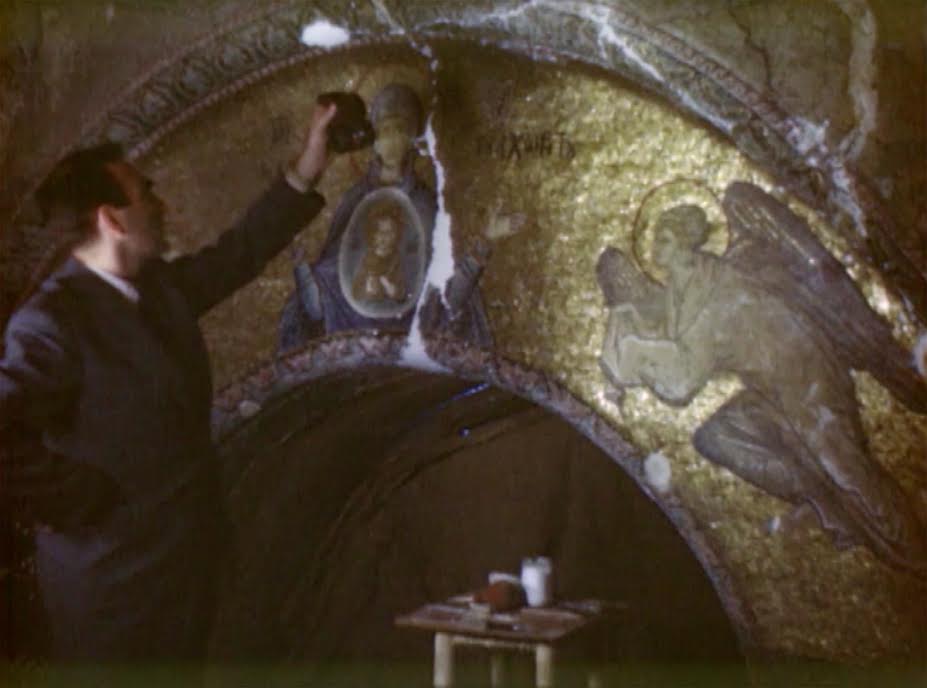 A Truthful Record features thirteen motion picture films from the Byzantine Institute, which are stored and preserved at ICFA: one of the Red Sea Monasteries in Egypt, eleven of the Hagia Sophia, and one of the Kariye Camii, both in Istanbul, Turkey. The color films created by the Byzantine Institute’s photographer Pierre Iskender provide significant testimony of the mosaics at Hagia Sophia and Kariye Camii and the techniques employed to uncover and conserve them. When combined with notebook entries written by Byzantine Institute fieldworkers such as Ernest Hawkins and the brothers Richard and William Gregory, the history of the films’ creation truly comes alive. Thomas Whittemore, who founded the Byzantine Institute in 1930, made wide use of the moving images, screening them for donors and patrons (such as Robert Woods and Mildred Bliss), the Byzantine scholarly community, and an interested general audience in the United States and Europe. The exhibit is divided into three sections that investigate how the films were made and how they were received by contemporary audiences: Style and Content, Technique, and Purpose and Reception.