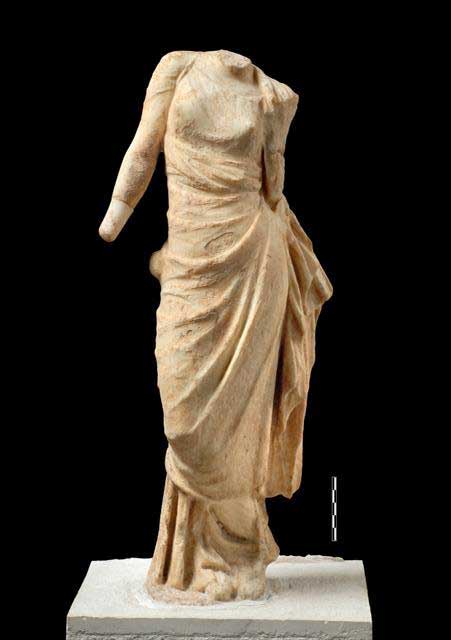 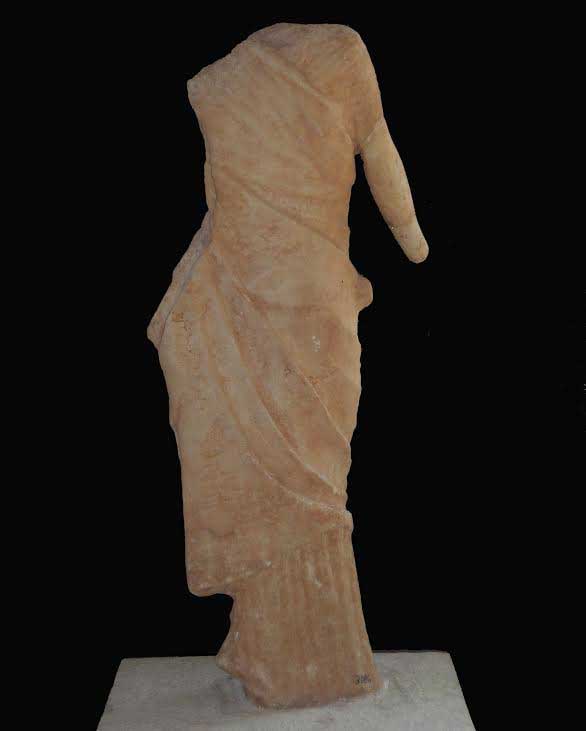 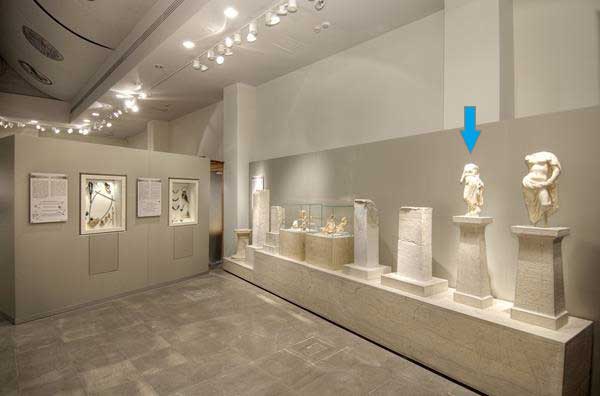 The 33rd Ephorate of Prehistoric and Classical Antiquities of Preveza and Arta and the Archaeological Museum of Arta present the exhibit of the month: a statuette of Aphrodite.

The statuette is made of marble. It is dated in the Hellenistic period. It was found in 1985, during excavation works, at Saint Theodoras street, in direct proximity to a Byzantine church of the same name.

In Antiquity the prytaneion of Ambracia used to stand at the location of the Byzantine church.

The statuette is incomplete. The body leans to its right leg.

The goddess wears a himation which covers the legs and passes over the right shoulder so as to accentuate the breast. The garment covers the back of the torso, is twisted around the body and is held by the left hand.

According to Dionysius of Halicarnassus the temple of Aeneid Aphrodiate and the monument of Aeneas were located near the so-called Small Theatre of Ambracia.

“In Ambracia, there were the temple of Aeneid Aphrodite and the monument of Aeneas, near the small theatre…” (Dionysius Halicarnassus, Roman Archaeology, 1.50).

The cult of Aeneid Aphrodite was established by King Pyrrhus and is associated with his grandiose expansionist plans towards Italy.