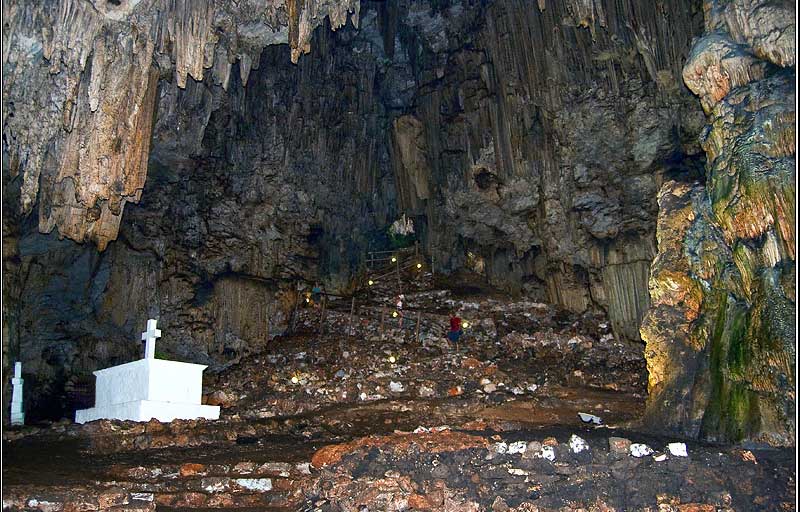 The use of caves in west Crete during the Minoan period

On the basis of the cave of Melidoni

Caves were always protected places for habitation, sheltering, work, as well as locations for meditation and initiation. They were selected as a metaphor for Hades and were, therefore, theatrical stages for descent with the promise of resurrection. As beautiful interior rock formations, they were suitable to accommodate divinity over the centuries.

This presentation, given by Eirini Gavrilaki (Greek Αrchaeological Service, 25th Ephorate of Prehistoric and Classical Antiquities, Museum of Rethymnon, Crete), deals with these evocative natural formations of astonishing beauty and their connection to the everyday life of people in west Crete during the Minoan period, based on the evidence from the rescue excavation of the Melidoni cave.

The cave of Melidoni is a landmark for the recent history of Crete because of the martyrdom of 370 civilians in 1824. It was used as place of semi-permanent habitation in the Final Neolithic/Early Minoan I period, apparently meeting the needs of a local agricultural community.

During the Bronze Age, however, it was used as a cult place, particularly the north sector, due to the existence of a central stalagmite and the presence of water. Ritual activity becomes more intense during the Neopalatial period, as is attested by the large quantities of pottery and the modification of space by the construction of rubble walls in the north sector. Cult never ceased, but continued in the historical times, during which there are also several phases of intensification. Epigraphic evidence from the end of the Hellenistic period until late antiquity confirm the worship of Hermes who replaced the female deity –probably Aphrodite– who was worshipped during historic times, as the figurines suggest.

The presentation will also include: 1) a discussion of the topography of the area, in order to place the cave in the network of archaeological sites of the wider Mylopotamos region, and 2) a discussion of the caves of west Crete, which had uses similar to those recorded during the excavation of the Melidoni cave.