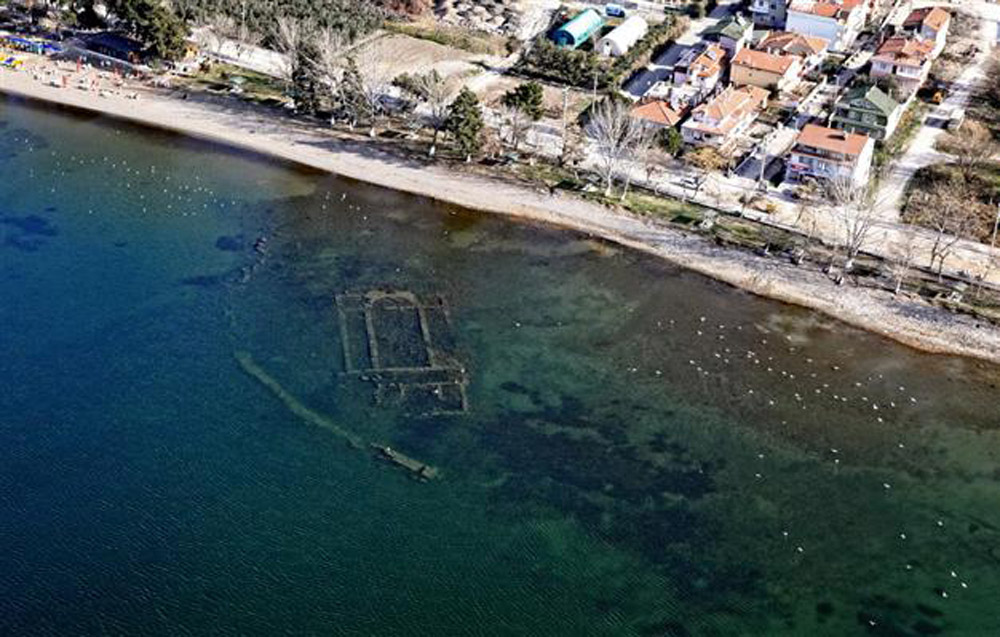 The Sunken Basilica of Bursa

Staring above the lake of İznik in Bursa, Turkey, one can clearly see the detailed plan of a church of the Early Byzantine(Palaeo-Christan) period whose ruins still survive at the lake’s bottom. The impressive image was revealed during an aerial photography project above the İznik extended area, which aimed in recording cultural wealth.  Now, archaeologists and experts from the İznik Museum Directorate and Turkey’s Culture and Tourism Ministry work in the area in order to reveal more of the monument’s secrets as well as take care of its protection in the future.

“It is in a basilica plan and it has three naves […]. “This church’s remains are similar to the Hagia Sophia in İznik. This is why we estimated that it was built in the 5th c.AD”, states Mustafa Şahin, an archaeology professor at Bursa Uludağ University in relation to the church, whose foundations spread along the lake bed, about 1.5 to 2 m. deep beneath the water. Αccording to Prof. Şahin, stones from the monument’s superstracture also survive scattered around the foundations’ remains, while an earthquake that famously shook the area in 740 AD may have been the cause behind the monument’s collapse and the submerging of the land it once stood on, beneath the water.