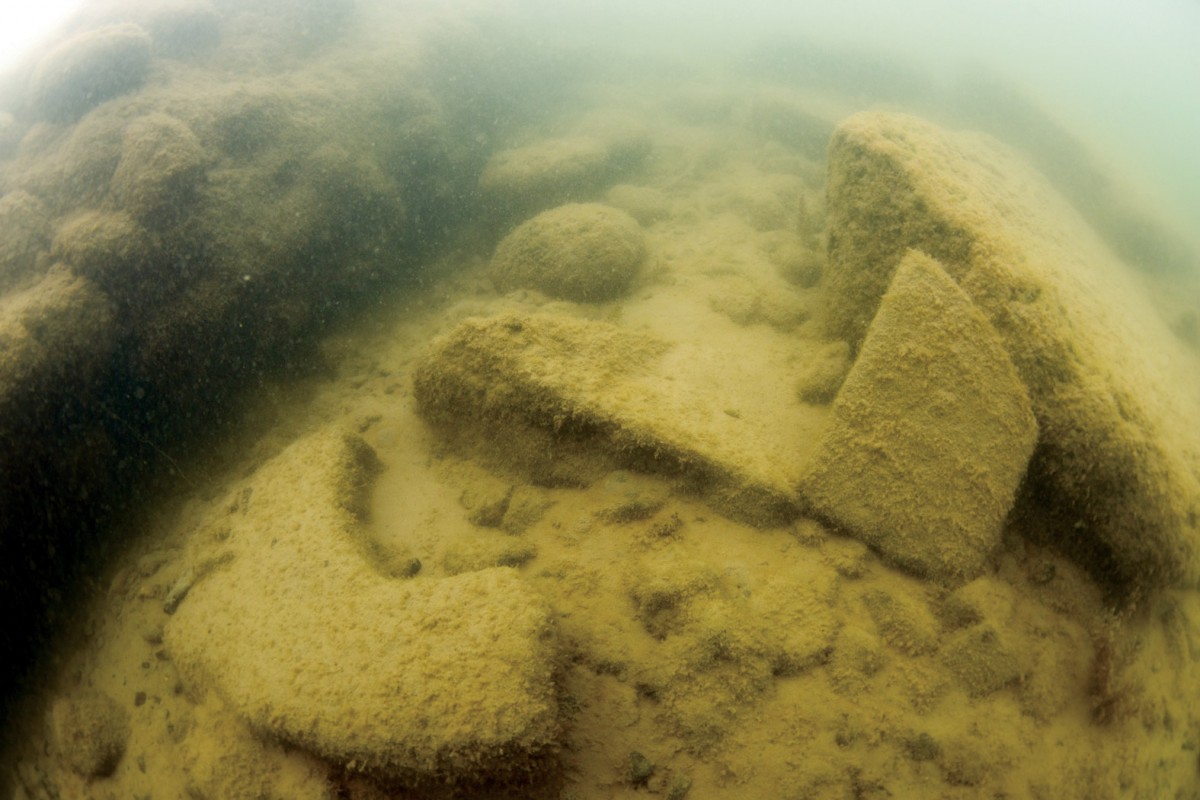 Exploring the Sunken Basilica of İznik

News on the underwater research at İznik Lake

Less than a month ago, Turkish archaeologists impressed the archaeological community releasing the first images of what appeared to be the remains of a Byzantine basilica of Early Christian date, which still survived under the water of Lake İznik, in Bursa, Turkey. Now, new evidence comes to light as the first underwater research session in the basilica’s remains has been completed.

The preliminary survey, which took place with the collaboration of a diving team invited by the Bursa Municipality and a team from the Anatolia Agency, included scanning the underwater site -especially the rite room and naves- , taking measurements and photos and keeping records of further technical details. Underwater research activity lasted for 2,5 hours.

According to preliminary information, the church is indeed of Early Christian date and was dedicated to St. Neophytus, while its collapse can be connected with an earthquake that shook the area back in 740 AD. “The church was built in the 4th – 5th century because it has similarity to the plan of İznik’s Hagia Sophia Church,” says Uludağ University Head of Archaeology Department Professor Mustafa Şahin, adding that they had encountered the name “St. Neophytus,”. “Neophytos is among the saints and devout Christians, who were martyred during the time of Roman emperors Dioclasien and Galerius, when bans and punishments against Christians were common. According to resources, he was a saint who was killed by Roman soldiers in 303, 10 years before the Edict of Milan that freed Christianity.”

“Museums officials will evaluate the data that we obtained underwater. It will be the decision of the Culture and Tourism Ministry to launch this region as a protected site or use it for diving purposes. As an underwater diver, I hope it will contribute to diving tourism,”, said director of photography Tahsin Ceylan, hinting that updated on the finds are to be announced by experts after the completion of evidence analysis.