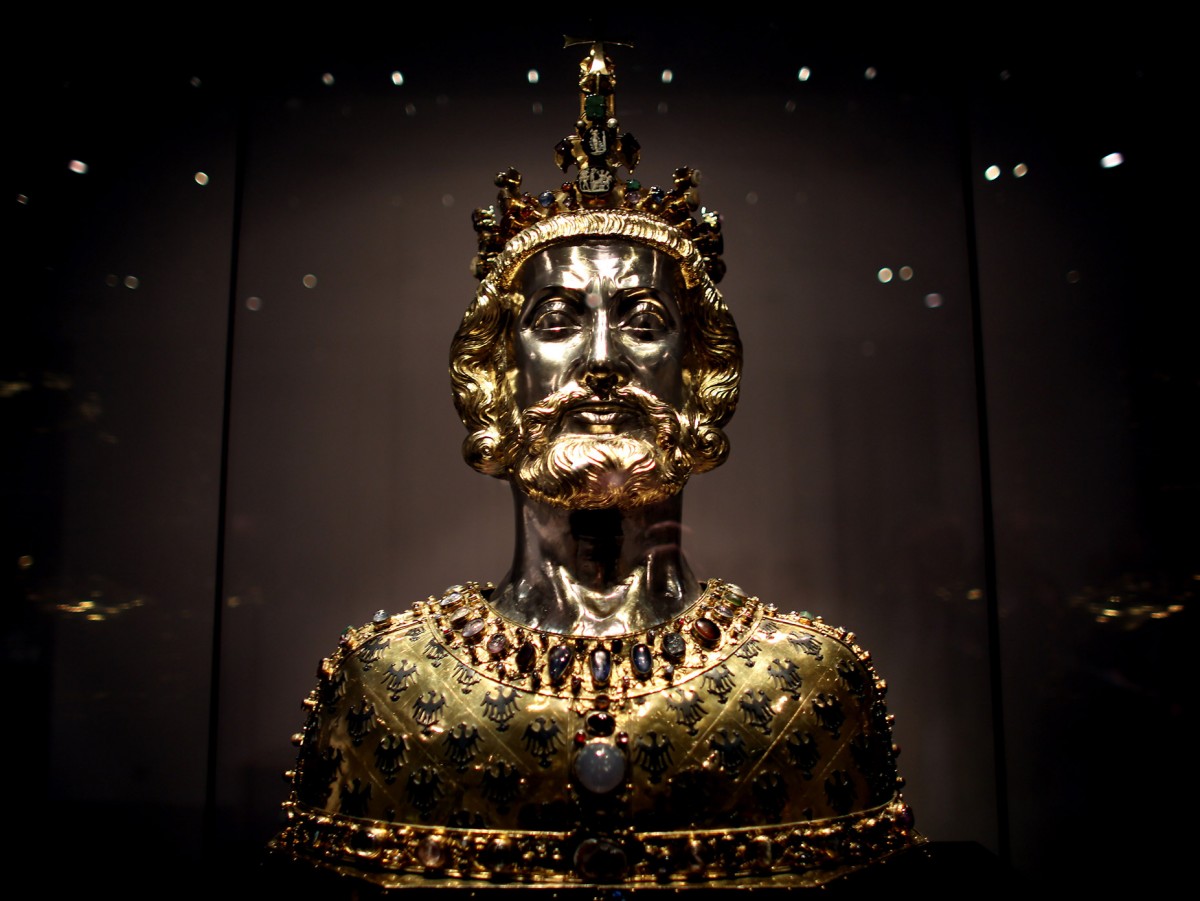 You Would Meet A Tall, Thin Man

Experts in Germany have confirmed that the bones hosted at Aachen Cathedral as being those of Charlemagne are indeed likely to belong to the famous founder of the Holy Roman Empire. The researchers also managed to demonstrate certain physical characteristics the Emperor had, according to info “stored” in the bones.

The sample studied by the team of experts consisted of 94 bones and bone fragments found -in their majority- in a sarcophagus which was opened in secrecy in 1988 and was hosting, according to tradition, the body of the Emperor of Franks. Other bones were found also in a bust of the emperor and in a reliquary. According to leading expert Frank Rühli, the team can say with great likelihood that they were dealing with the skeleton of Charlemagne, as the figure’ s dimensions actually match descriptions of the Emperor as a tall, thin, older man.

Studying the upper arm, thigh and shin bones, scientists have being able to “reconstruct” a picture of the man behind the Aachen skeleton. At 1.84 metres (six feet), he was unusually tall for his time, while his weight, estimated at around 78 kilograms at the time of death, is giving him a slim body mass index of around 23. Finally, a kneecap and heel bones from the skeleton were found with deposits consistent with an injury, agreeing with a medieval account from biographer Einhard the Frank where the Emperor is described walking with a limb.